Democrat Governor Jay Inslee’s Department of Health secretary Umair Shah signed an order a few days before the state of emergency lapsed which will continue to mandate that children in speech therapy wear masks. 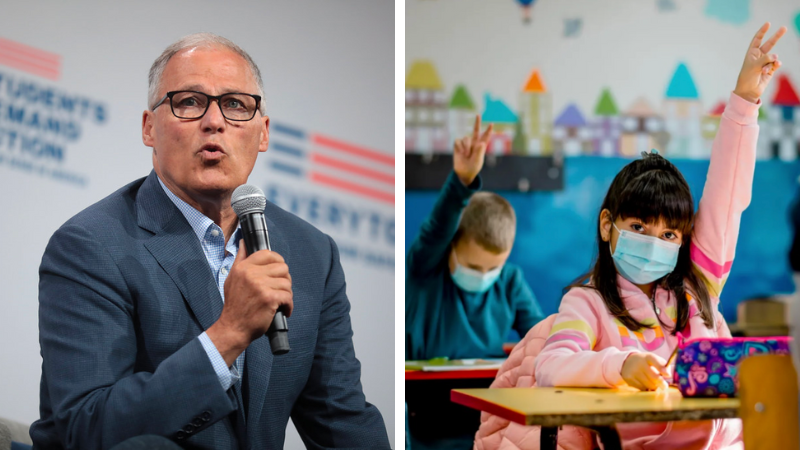 Ari Hoffman Seattle WA
Nov 7, 2022 minute read
ADVERTISEMENT
ADVERTISEMENT
Last week, after 975 days of one-man rule in Washington state, a state of emergency declared at the outset of the pandemic finally came to an end.

However, after 85 different orders including closing schools, shuttering businesses, wearing masks indoors, and vaccine mandates, Democrat Governor Jay Inslee’s Department of Health secretary Umair Shah signed an order a few days before the state of emergency lapsed which will continue to mandate that children in speech therapy wear masks.

Shah, who has been inconsistent on his own masking standards, stated in the order: “every person in Washington State must wear a face covering that covers their nose and mouth when they are indoors in any of the following settings,” which include, “Health care settings; long-term care settings; and “correctional and jail facilities when the county in which the facility is located has a medium or high CDC COVID-19 Community Level.” 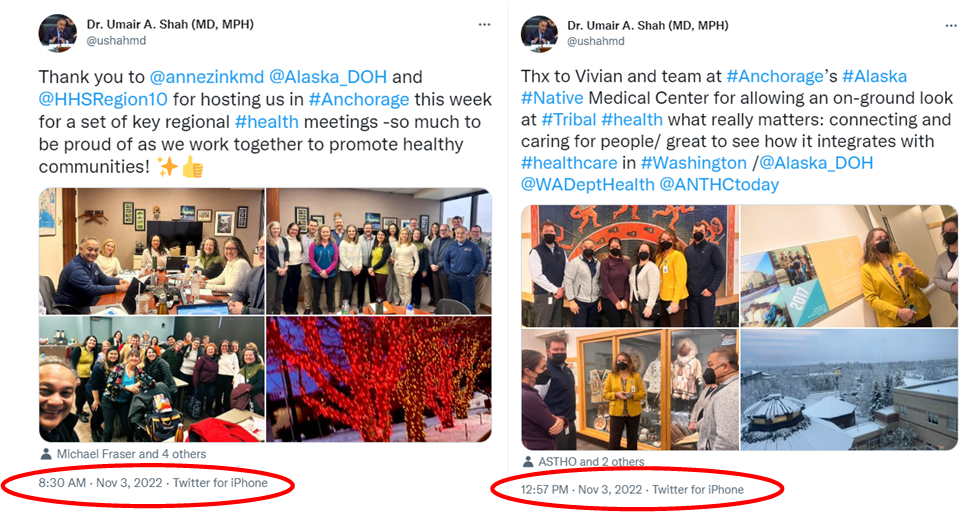 Roberto Bonaccorso, COVID -19 Public Information Officer of the Executive Office of Public Affairs and Equity told The Post Millennial in an email, “Speech therapy is considered a healthcare service, so the face covering order applies. Masks are required for all people 5 years and older.”

Though Bonaccorso said that “the face covering order has an exception that allows the removal of face coverings by the healthcare provider and/or patient when necessary to perform a service” parents have told The Post Millennial that many speech therapists are still enforcing the requirement as a condition of care despite the caveat to the requirement that “people with a medical condition, mental health condition, developmental or cognitive condition, or a disability that prevents wearing a face covering are exempt from the requirement.”

This despite the Centers for Disease Control and Prevention quietly changing their standards for early childhood development, as a result of the effects of pandemic policies on children’s development.

In February, the CDC announced that new checklist ages for its important milestone lists were added. These new ages added were 15 and 30 months. The idea is that previous milestones were based on what 50 percent of children could reach, whereas the new milestone is based on what 75 percent of children can reach. This will make identifying the 25 percent who lag behind easier to do.

Before, the milestone guidelines read that at 24 months, or two years of age, a child should be able to say more than 50 words. This milestone has been pushed back to 30 months.

In January, Arianne McDonald told The Post Millennial that her son in first grade, who attends Port Gardner and received speech therapy at Mill Creek Elementary, both in the Everett School District, has been required to keep a mask on while working with a masked speech therapist to comply Inslee’s mandate.

McDonald said that when she expressed concerns about masked speech therapy, her son Beckett's speech therapist replied that "…having to speak with a mask on in his reality."

Bonaccorso told The Post Millennial “The Secretary’s face covering order also allows for wearing clear masks or cloth masks with a clear plastic panel when interacting with people who are deaf or hard of hearing, young children or students learning to read, students learning a new language, people with disabilities, and people who need to see the proper shape of the mouth for making appropriate vowel sounds.”

This despite the CDC finally admitting in January that cloth masks were never very effective, if at all, at stopping transmission of the virus.

McDonald was also told that the therapist "...had clear masks but wasn't using them because they fog up."

McDonald also told The Post Millennial that she asked for her son to be able to wear a face shield instead, but was told no. "I have no idea how long this is going to be a requirement, when (if ever) this policy is up for review, or the conditions (once reached) that would allow for unmasking.”

She said at the time, "Since clearly-articulated speech requires correct facial and mouth movements, this seems like an unproductive environment in which to work with children who have speech issues. I understand the need to protect oneself from a deadly virus. However, we seem to be evolving from such a dire threat if one existed at the beginning of the pandemic."

She added that "Services delivered in this way are not helpful for my six-year-old son, who has received services for the past three years.  I have attempted to advocate for an alternative such as clear face shields, to no avail, apparently due to the mandate."

"Others have voiced similar opinions about school services for children with special needs. My child has relatively mild disabilities but is representative of the frustration parents are facing in getting meaningful help through our schools."

According to Shah’s order, “This order shall take effect immediately and remain in effect until rescinded or superseded by a subsequent order of the Secretary of Health. Members of the public are required by law to comply with this order, and violators may be subject to enforcement action pursuant.”