FALK: It’s time for Trudeau to come clean to Canadians

But as Jane Philpott, the second cabinet minister to resign due to her discomfort with Justin Trudeau’s handling of this situation, said: “There’s much more to the story that should be told.” 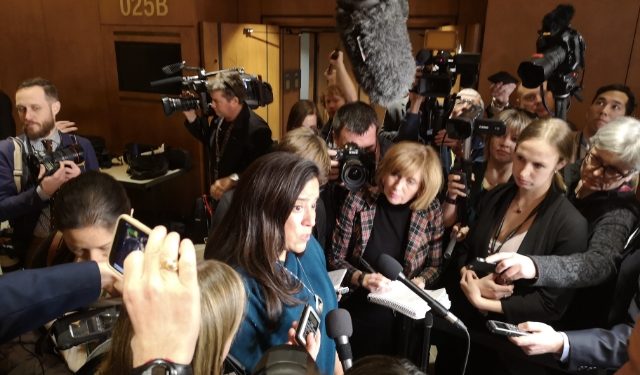 Ted Falk is the Member of Parliament for Provencher, Manitoba and the Conservative Deputy Shadow Minister for Employment, Workforce Development and Labour.

On a weekend panel discussing the SNC-Lavalin scandal that continues to mire the Trudeau Liberals, Liberal MP Randy Boissonnault appeared frustrated.  “Literally, it’s time to get on with what Canadians expect us to do, which is to improve their lives and get on with the business of governing,” he said.

Just shy of two months ago now, Canadians learned of allegations of political interference by the Prime Minister’s Office in the criminal trial of SNC-Lavalin.

Justin Trudeau’s initial reaction was to call these accusations “false,” but his former Attorney General, Jody Wilson-Raybould, later testified that she had been subjected to a “consistent and sustained effort by many people within the government” to pressure her into getting the corporation—one with strong ties to the Liberal Party—off on a special deal.  After she refused, Justin Trudeau removed her as his Attorney General.

These were shocking revelations and, unsurprisingly, Canadians had fair questions that deserved honest answers.  But Justin Trudeau has simply refused to be transparent.

Mr. Boissonnault is right about one thing: the government should get back to what Canadians expect it to be doing.  But what he and his boss fail to grasp is that if they truly want to move on, they should give Canadians the full truth.

The former Attorney General has indicated she has more to say about what happened behind the scenes.  But she is prohibited from speaking because, as the former lawyer for the Government of Canada and a former cabinet minister, she is subject to solicitor-client privilege and cabinet confidentiality.  In short, she is legally bound to keep quiet.

Justin Trudeau used his power to waive privilege so the former Attorney General could speak, but he severely restricted what she was allowed to talk about.  He continues to refuse to expand that waiver to this day.

The Liberals also used their majority to shut down a parliamentary investigation into the matter at the Justice Committee.  Despite the many questions left unanswered, Liberal MPs, including Mr. Boissonnault, said the committee “achieved our objectives” and promptly ended the investigation.  But Canadians were no closer to the truth.

Of course, it’s obvious why the Liberals would want this story to go away. The Prime Minister and his top officials were interfering where they shouldn’t have been. But as Jane Philpott, the second cabinet minister to resign due to her discomfort with Justin Trudeau’s handling of this situation, said: “There’s much more to the story that should be told.”

If the Trudeau Liberals truly wanted to get back to the business of governing, they would have been forthcoming with Canadians immediately.  Instead they’ve treated Canadians to nearly two months of denials, dismissals, and cover-up.

So to Mr. Trudeau, Mr. Boissonnault, and every Liberal working to suppress the truth, expect Canadians to move on only when your government comes clean.