Some women who have received positive pre-natal results for these rare disorders have aborted their pregnancies because of these genetic tests. 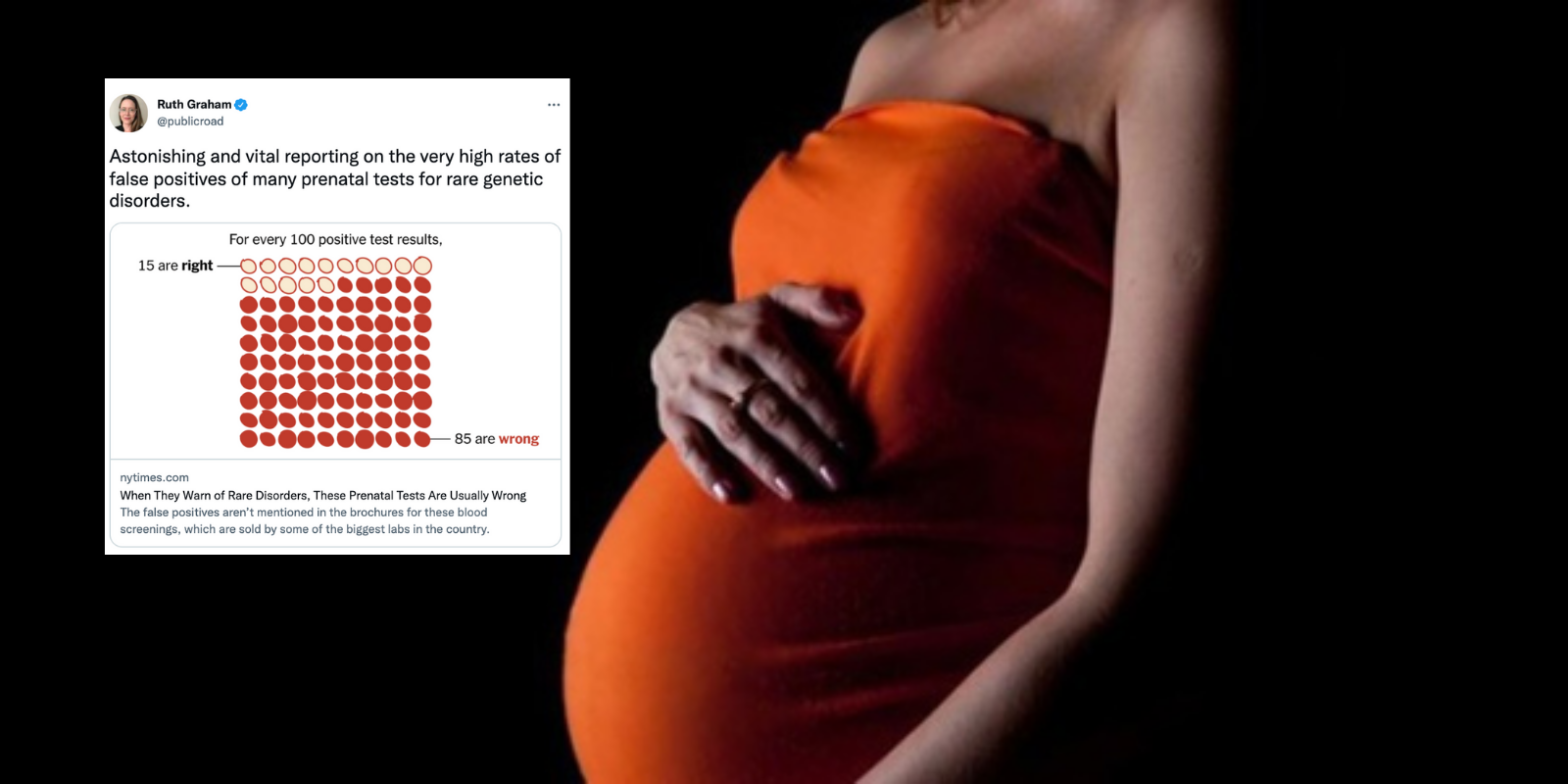 The New York Times reports that five prenatal tests for rare genetic disorders are wrong most of the time, with some tests achieving 93 percent inaccuracy. These pre-natal test results have led expectant mothers to abort their healthy pregnancies.

In these five tests, the Times reports, "positive results are often wrong." The tests are those for DiGeorge syndrome, which affects 1 in 4,000 births, which has an 81 percent rate of being wrong. The test for 1p36 deletion, common in 1 in 5,000 births, is 84 percent wrong, while the much rarer Cri-du-chat syndrome test is wrong 80 percent of the time.

Patients who receive positive results on these tests are supposed to have follow-up testing, but to get an accurate result, that testing has to be done later in the pregnancy, often past the point where abortions are legally permitted. Those later tests, that draw on amniotic fluid of a sample of placental tissue, are extremely expensive, often tens of thousands of dollars, the Times reports.

A study in 2014 showed that "6 percent of patients who screened positive obtained an abortion without getting another test to confirm the result." The companies that create these genetic tests have apparently known for years that many mothers do not obtain follow-up tests, and simply make life and death decisions for their babies based on these flawed tests alone.

One case reported by the Times found that a woman ended her pregnancy based on a false positive only to find with later testing that the baby would have been fine. Testing companies declined to be interviewed by the Times, saying in statements that patients "should always review results with a doctor," and further "cautioned that the tests are meant not to diagnose a condition but rather to identify high-risk patients in need of additional testing."

Mothers reportedly took the tests only to find their doctors treating the positive results as "definitive," with the Times noting that they "never received any information about the possibility of a false positive."

These tests were developed after the popularity of prenatal tests for Down syndrome. The Times reports that the test for Down syndrome, as well as Edwards syndrome, "work well." The tiny nation of Iceland has nearly eradicated Down syndrome with the use of selective abortion to terminate pregnancies where the condition is detected prenatally.

The legality of abortion is currently up for debate, with the Supreme Court weighing a case that could determine the viability of Roe v. Wade, the landmark case that legalized abortion in the US. Many states have legislated laws against abortion, notably Mississippi, which law is before the court, and Texas, which banned abortions after 6 weeks.

The Department of Justice and the Biden administration have said that they would work to defend the right to abortion for American women, while Justice Clarence Thomas has deep concerns about the basis for abortion rights in the US Constitution.