"The fetus has an interest in having a life and that doesn't change does it? From the point before viability to the point after viability?" Justice Samuel Alito asked. 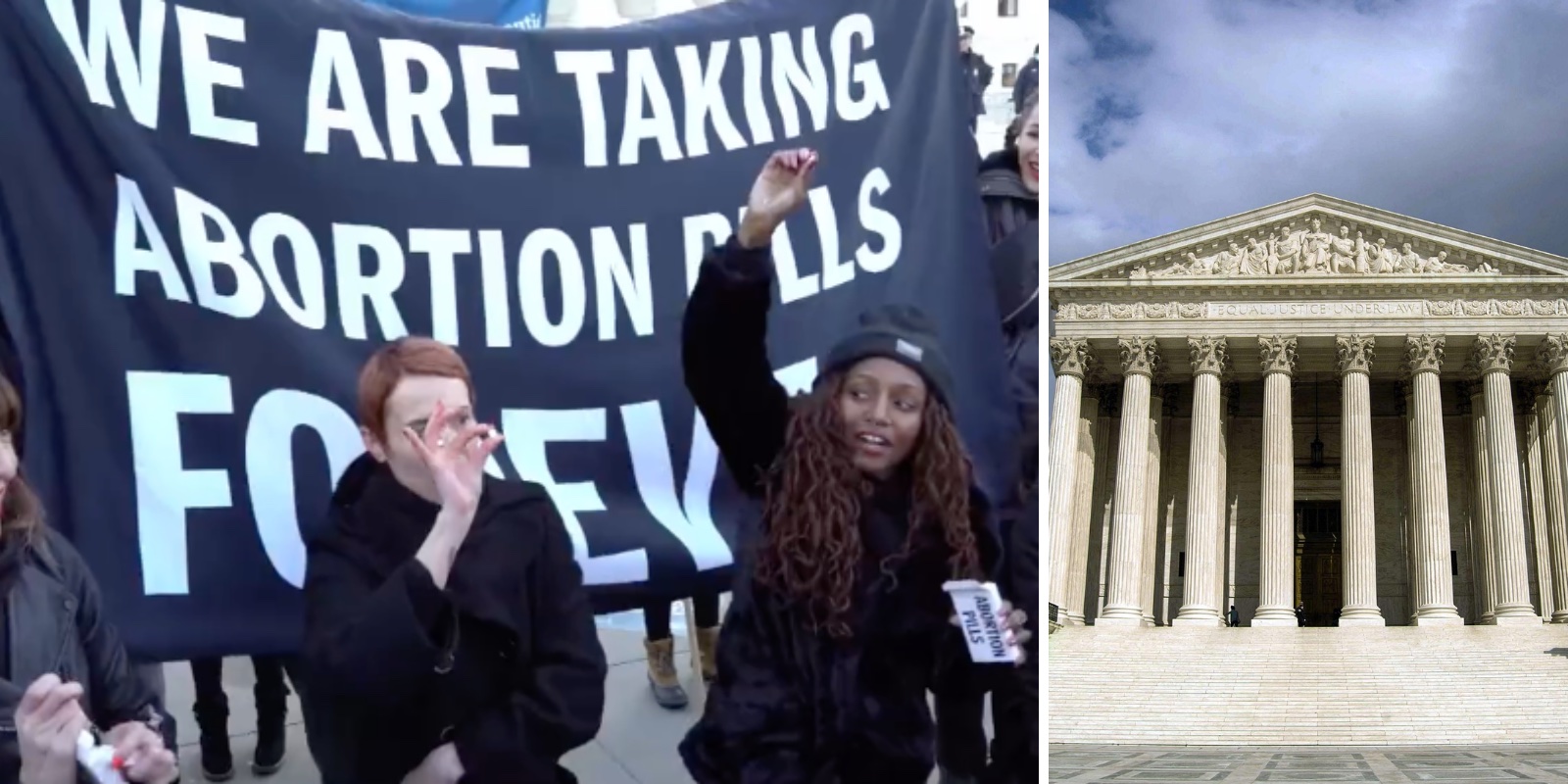 In oral arguments on Wednesday, the Supreme Court tested Roe v Wade via Dobbs v. Jackson's Women's Health Organization, a case which involves Mississippi's ban on nearly all abortions after 15 weeks. One aspect of the arguments that the Justices revisited frequently was whether viability of the unborn baby was an appropriate standard for abortion bans.

Since 1973, the Supreme Court has said the Constitution prohibits states from banning abortion before "viability," or  the point at which a fetus can survive outside the womb, typically 24-26 weeks. In arguments today, Mississippi asked the Supreme Court to abolish the usual standard of fetal viability and return the power to determine whether women should have the right to an abortion to the states.

Mississippi Solicitor General Scott G. Stewart said the existing viability standard is not "tethered" to the Constitution or any other historical precedent and his comments produced a steady line of questioning from  Justices Alito, Gorsuch and Chief Justice Roberts.

"The fetus has an interest in having a life and that doesn't change does it? From the point before viability to the point after viability?" Justice Samuel Alito asked. "What is the philosophical argument for saying 'this is the appropriate line?' There are those who say that the rights of personhood should be considered to have taken hold at a point when the fetus acquires certain independent characteristics. Viability is dependent on medical technology and medical practice."

Justice Sotomayor held firm in the typical pro-abortion view that viability is a normal standard for abortions. She said "Fifteen justices over 30 years have reaffirmed the 'basic viability line.'"

Chief Justice Roberts suggested that the rule established in Roe and Planned Parenethood v. Casey, which is that abortion bans are only acceptable after a fetus is viable, sounds arbitrary. Justice Clarence Thomas piggybacked on this concept by challenging Julie Rikelman, one of the attorneys arguing for the Women's Health Organization, to explain why an unborn baby who is not yet viable is more protected if the mother intentionally ingests cocaine than if the baby's mother wanted an abortion. Thomas made a sound point: the law treats unborn babies differently if criminal matters are involved, and Rikelman failed to argue well against it.

The viability argument has always been poor, but it has weakened even more the last several decades due to scientific advancements. Justice Harry Blackmun, who wrote the majority opinion in Roe v. Wade, originally wanted to draw a line for abortions at the end of the first trimester (about 13 weeks) but ultimately settled on "viability," which "is usually placed at about seven months (28 weeks)."

Now, babies can not only survive outside the womb with medical help much earlier, 21 or 22 weeks. In their petition, the state of Mississippi makes a sound case for the circular logic of the viability argument. It "boils down to a circular assertion: when an unborn child can live outside the womb then the State's interest is compelling because the unborn child can live outside the womb." Viability in and of itself is a weak standard for banning abortion: Disabled people, autistic children, or any other similar examples, demonstrate that many people are not entirely able to function without medical aid but still abetting in their death would be criminal.

In addition, scientific progress has enabled the medical community to learn that while babies born at 21 weeks may still need medical assistance, and thus fail to meet the current viability standard, they become fully human earlier than most people realized. Since 1973, we've learned that a baby's heart begins beating as early as five weeks, that a baby begins to move in his mother's womb at eight weeks, and over the course of the next two weeks, all basic physiological functions are present and vital organs are beginning to function. While arguments didn't center much on this aspect of Roe, many pro-life advocates believe a viability standard shouldn't matter at all if personhood exists.

In the end, Mississippi asked the Court to return the question of abortion back to the state where it belongs, both protecting the state's unborn and encouraging local democracy to determine controversial issues. "The Constitution places its trust in the people. On hard issue after hard issue, the people make this country work. Abortion is a hard issue," Stewart said. "It belongs to the people."