FBI employees have 'lost confidence' in Christopher Wray, call for him to resign

Kurt Siuzdak, an ex-FBI agent, claimed that current agents are saying that Wray has lost control of the agency and that they do not see how he can continue in his position. 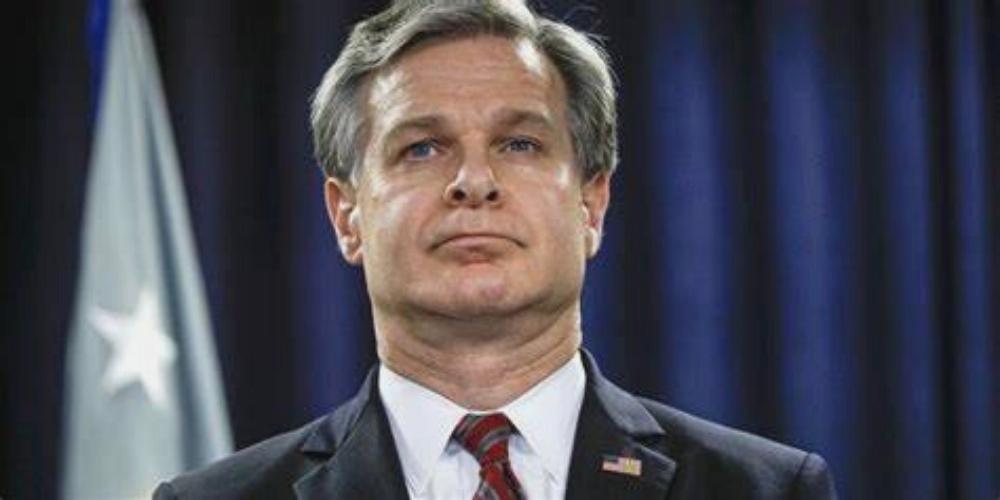 Federal Bureau of Investigation personnel have lost confidence in Trump-nominated Director Christopher Wray and are calling for his resignation, a former agent has revealed.

Kurt Siuzdak, an ex-FBI agent who now works as a lawyer representing whistleblowers at the bureau, claimed that current agents are saying that Wray has lost control of the agency and that they do not see how he can continue in his position.

"I'm hearing from [FBI personnel] that they feel like the director has lost control of the bureau," Siuzdak told the Washington Times.

"They're saying, 'How does this guy survive? He's leaving. He's got to leave,'" he continued, recounting what he has allegedly heard from FBI employees. "'All Wray does is go in and say we need more training and we're doing stuff about it, or we will not tolerate it.'"

Former President Donald Trump nominated Wray in 2017, after firing then-director James Comey who was investigating his links to Russia.

Siuzdak left the FBI after nearly 25 years working as an agent last March, due to what he sees as politicized leaders who were not being held accountable, reported the Daily Mail.

According to the Daily Mail report, FBI agents claimed in disclosures to Congress that Wray would be made aware of problems within the bureau but never attempted to solve them.

Some of the reported problems that Wray allegedly ignored were agents being forced or coerced into signing false affidavits, claims of sexual harassment and stalking, and the fabrication of terrorism cases to elevate performance statistics.

In response to Siuzdak's allegations, the FBI said in a statement to the Washington Times, "The men and women of the FBI work hard every day to protect the American people and uphold the Constitution. All employees are held to the highest standards of professional and ethical conduct, and we expect them to focus on process, rigor, and objectivity in performance of their duties.

"Allegations of misconduct are taken seriously and referred to the Inspection Division or appropriate investigative body. In reality, the FBI is comprised of 37,000 employees who do it the right way on a daily basis to keep our nation safe by fighting violent crime, preventing terrorist attacks and defending America from espionage and cyber threats," the statement continued.

Siuzdak's claims came soon after the resignation of Timothy Thibault, the FBI Assistant Special Agent in charge of the Hunter Biden laptop investigation, over accusations of political bias. Thibault reportedly retired from the bureau last Friday and was escorted out of the building.

Thibault was one of 13 assistant special agents assigned to investigate the Hunter Biden laptop case, and was removed from the role by Wray earlier this month after whistleblowers shed light on a pattern of political bias from multiple high-ranking officials.

The agent was also criticized by Republican Senator Chuck Grassley of Iowa, who on July 18 sent a letter to Wray and Attorney General Merrick Garland, requesting that the pair act on the allegations of political bias influencing agency operations.

"As you are aware, Assistant Special Agent in Charge Tim Thibault is not the only politically biased FBI agent at the Washington Field Office," Grassley wrote, reminding Wray that "the FBI answers to Congress and the American people."

Thibault's resignation follows multiple other claims about the FBI mishandling the Hunter probe, with Republican Senator Ron Johnson last week sending his own letter to DOJ Inspector General Michael Horowitz, claiming the bureau told agents not to look at the laptop.

"Recently, my office heard from individuals with knowledge of the FBI's apparent corruption," Johnson said.

"After the FBI obtained the Hunter Biden laptop from the Wilmington, DE computer shop, these whistleblowers stated that local FBI leadership told employees, 'you will not look at that Hunter Biden laptop' and that the FBI is 'not going to change the outcome of the election again'" Johnson wrote to Horowitz.

"I hope you understand that the longer your office stands on the sidelines and delays investigating the FBI’s actions, the harder it will be for you to uncover the truth and hold individuals accountable for wrongdoing," he continued.

Horowitz reportedly told Johnson in February 2021 that the OIG would not investigate the FBI's handling of the laptop case, so as not to interfere with the Department of Justice's investigation into Hunter's taxes.