Thibault has been under fire from Republicans in Congress after it was revealed that he made anti-Trump posts on social media in the lead-up to the 2020 election while he was supposed to be helping to direct the investigation of Hunter Biden. 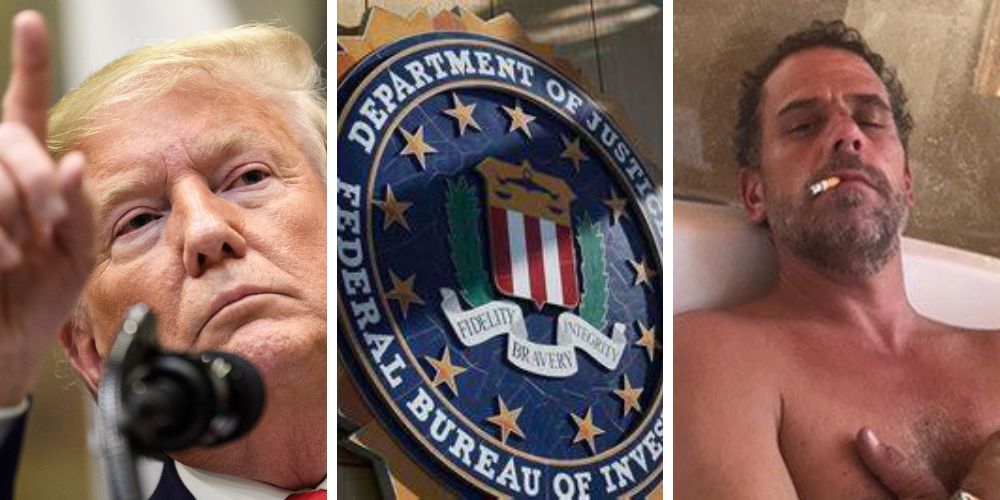 FBI Assistant Special Agent in Charge Timothy Thibault, who was accused of bias in handling the investigation into Hunter Biden’s laptop, is reportedly no longer with the bureau.

According to the Washington Times, Thibault retired over the weekend and on Friday, eyewitness accounts state he was seen exiting the Washington bureau’s elevator while being escorted by "two or three headquarters-looking types."

According to Grassley, the whistleblowers said that FBI and Justice Department employees must follow strict guidelines to open an investigation and Thibault did not follow them.

Grassley wrote, "As you are aware, Assistant Special Agent in Charge Tim Thibault is not the only politically biased FBI agent at the Washington Field Office," adding that "the FBI answers to Congress and the American people."

Thibault was one of 13 assistant special agents in charge at the Washington field office and has been under fire from Republicans in Congress after it was revealed that he made anti-Trump posts on social media in the lead-up to the 2020 election while he was supposed to be helping to direct the investigation of Hunter Biden.

FBI Director Christopher Wray called the whistleblowers' allegations "deeply troubling" during a Senate Judiciary Committee hearing earlier this month and pledged that the whistleblowers would be protected and removed Thibault from his supervisory role.

Grassley said in a statement to the Washington Times that: "Mr. Thibault’s blatant partisanship undermined the work and reputation of the FBI. This type of bias in high-profile investigations casts a shadow over all of the bureau’s work that he was involved in, which ranged from opening an investigation into Trump based on liberal news articles to shutting down investigative activity into Hunter Biden that was based on verified information."

He continued, "Political bias should have no place at the FBI, and the effort to revive the FBI’s credibility can’t stop with his exit. We need accountability, which is why Congress must continue investigating and the inspector general must fully investigate as I’ve requested."

Last week, Mark Zuckerberg appeared on the Joe Rogan Experience and told the podcast host that Facebook repressed the breaking news on Hunter Biden's laptop due to a warning from the FBI.

Following the revelation, former President Donald Trump said that the FBI's suppression of information gleaned from Hunter Biden's laptop leading up to the 2020 election amounted to election interference and posted on Truth Social, "REMEDY: Declare the rightful winner or, and this would be the minimal solution, declare the 2020 Election irreparably compromised and have a new Election, immediately!"