"Simply put, these two documents show a systemic failure within the Justice Department and FBI to protect female employees from sexual harassment and sexual misconduct in the workplace and a failure to sufficiently punish employees for that same misconduct." 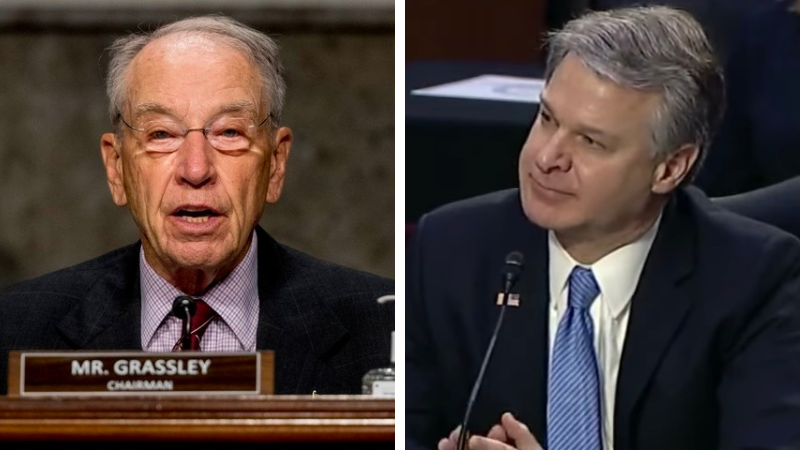 Olivia Rondeau
Oct 7, 2022 minute read
ADVERTISEMENT
ADVERTISEMENT
Republican Sen. Chuck Grassley demanded that Congress review "the Justice Department's and FBI's failures," after gaining records from a whistleblower showing that there were at least 665 FBI employees who had faced investigation for sexual misconduct, and who left the agency between 2004 and 2020. This before any consequences were faced by those employees.

In a statement from Grassley's office, it was claimed that an internal memo from the Justice Department's Office of Disciplinary Appeals shows that from 2004 to 2020, "665 FBI employees, including 45 [Senior Executive Service (SES)]-level employees have retired or resigned following an FBI or [Justice Department Office of Inspector General (OIG)] investigation into alleged misconduct, but prior to [the Office of Professional Responsibility's (OPR)] issuance of a final disciplinary letter."

The statement also noted that the actual number of employees who left while being investigated for sexual misconduct could be significantly higher.

"Importantly, the document also notes, '[t]his dataset does not include retirements or resignations which occurred during an ongoing misconduct investigation or prior to the initiation of a formal investigation.' In other words, it appears that the number of retirements and resignations could be much higher than 665 individuals."

According to Grassley, who represents Iowa, the FBI's due process protocols may have been compromised. His statement went on to cite another document from the Justice Department.

"The second document, produced this year by the Justice Department and titled 'Inconsistent Adjudication of Non-Consensual Sexual Misconduct' analyzes the implementation of FBI Director Wray’s 'zero tolerance' directive from December 2020, which sought to address sexual misconduct at the FBI," the statement reads.

"The document notes that: '[r]ecent sexual misconduct cases appear to show OPR's application of this directive has resulted in seemingly random penalties and disparate treatment, potentially compromising the consistency, fairness, and due process of the FBI's disciplinary system.'"

In a Wednesday letter to Attorney General Merrick Garland and FBI Director Christopher Wray, Grassley wrote: "Simply put, these two documents show a systemic failure within the Justice Department and FBI to protect female employees from sexual harassment and sexual misconduct in the workplace and a failure to sufficiently punish employees for that same misconduct. FBI employees should not have to suffer under daily abuse and misconduct by their colleagues and supervisors."

"Congress has an obligation to perform an objective and independent review of the Justice Department's and FBI's failures and determine the accuracy of the data contained in the documents so that the American people know and understand what, if any, changes have been made to solve these significant problems," he added, before listing out the specific information and reviews he wanted to be conducted on the internal protocols of the FBI's sexual micsonduct investigations.

To find out the actual number of employees that left before they could face disciplinary action, Grassley requested "the number of complaints with an element of unwanted sexual conduct received by INSD that were opened as inquiries or investigations and were administratively closed due to a resignation or retirement."

The Republican senator also said that he won't publicize the whistleblower documents due to concerns about criminal retaliation. He added that the facts "make clear that female employees are the primary victims."

"The FBI looks critically at ourselves and will continue to make improvements. The bottom line is, employees who commit gross misconduct and sexual harassment have no place in the FBI," an agency spokesperson told the Washington Examiner.