While the FBI had been planning to seize the assets, the affidavit backing up the warrant stated that they would not be doing so. 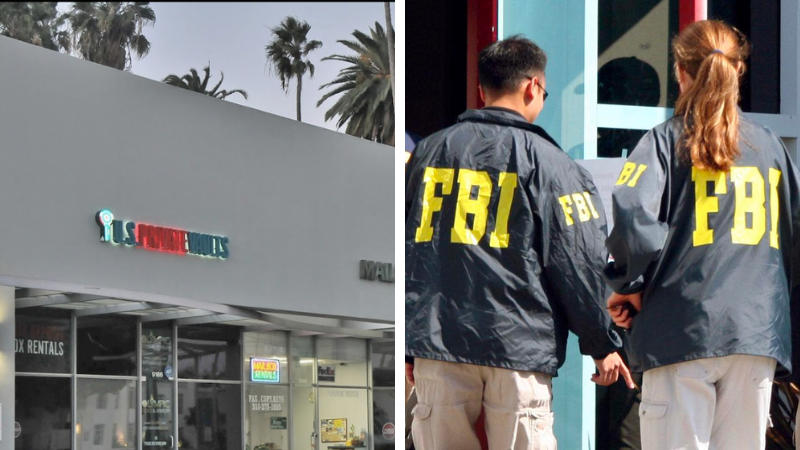 Libby Emmons Brooklyn NY
Sep 26, 2022 minute read
ADVERTISEMENT
ADVERTISEMENT
The FBI obtained a search warrant for a Beverly Hills, Los Angeles business that operated safe-deposit boxes and used it as a means to pry open private boxes and seize the cash and assets inside.

The warrant said they believed the business was engaged in criminal activity, but in exectuted the warrant, they searched—and seized—assets not belonging to the business, but to their customers.

It has now been revealed that the warrant the FBI used to obtain access to that business, charging that the company was involved in a conspiracy to sell drugs and launder money, and the safe-deposit boxes the business rented to customers, misled the juge who authorized it, the LA Times reports.

The part that was misleading was that the search warrant did not show that FBI intended to make a "Permanent confiscation of everything inside every box containing at least $5,000 in cash or goods, a senior FBI agent recently testified," according to the LA Times.

The FBI's Laura Eimiller said that the warrants were exectuted properly, and that "At nog time was a magistrate miseld as to the probably cause used to obtain the warrants." The FBI contends that US Private Vaults "was a magnet for criminals hiding illicit proceeds in their boxes."

"Box holders," the LA Times reports, "would liken the raid to police barging into a building’s 700 apartments and taking every tenant’s possessions when they have evidence of wrongdoing by nobody but the landlord."

Two of those who had their possessions seized were Paul and Jennifer Snitko. They are part of the class-action suit after their private property was seized in March 2021. The Institute for Justice reports that the Snitko's used US Private Vaults to secure family heirlooms, as as well as Paul's private flight lofs, because it was convenient, with a good location and better hours than other options.

"The raid was the result of an indictment accusing US Private Vaults, the business, of money laundering and other crimes. But in executing the warrant, the government didn’t just seize the company’s business property," the Insitute for Justice writes.

"Upon the pretense of wanting to take a relatively worthless metal rack of boxes, federal agents broke into every security deposit box and emptied them of their contents. The FBI made a video record of the contents of each box, including opening up sealed envelopes and holding the letters they contained up to the camera. And the FBI initiated civil forfeiture proceedings against millions of dollars of property, without telling box holders what they were accused of doing wrong."

In documents revealed during the Sitko's case, it became clear the the FBI intended to seize the contents of the private boxes all along.

The FBI argued that it would be "irrational" for anyone but a criminal to trust their assets to the safe-deposit boxes of US Private Vaults. But they did not ahve evidence against those customers other than that people would come to the store driving cars with out of state license plates.

"Based on my training and experience in money laundering investigations, Chicago, Illinois is a hub of both drug trafficking and money laundering," said FBI agent Lynne Zellhart. "I believe these patrons were using their USPV box to store drug proceeds." This was supposition, there were no facts cited to back up her claim.

While the FBI had been planning to seize the assets, the affidavit backing up the warrant stated that they would not be doing so. It read that: "The warrants authorize the seizure of the nests of the boxes themselves, not their contents. By seizing the nests of safety deposit boxes themselves, the government will necessarily end up with custody of what is inside those boxes initially."

The affidavit specificed that they would follow procedure and "attempt to notify the lawful owners of the property stored in the boxes how to claim their property." The ask for the warrant to seach the private property of those against whom there was no evidence of a crime would "extend no further than necessary to determine ownership."

The FBI then seized the contents of these boxes. In all, the FBI seized "More than $86 million in cash and a bonanza of gold, silver, rare coins, gem-studded jewelry and enough Rolex and Cartier watches to stock a boutique," and the search warrant took five days to exectute.

The FBI believed that US Private Vaults was engaged in money laundering schemes to obfuscate illegal drug money. But in executing their search warrant, they went beyond investigating the business itself, and opened up locked safe-deposit boxes rented by customers who entrusted their valuables to US Private Vaults. Then the FBI seized cash over $5,000.

It was within those private boxes that "Agents took photos and videos of pay stubs, password lists, credit cards, a prenuptial agreement, immigration and vaccination records, bank statements, heirlooms and a will, court records show. In one box, agents found cremated human remains," the LA Times reports.

According to court records, the FBI presumed that the private safe-deposit boxes were all holding assets that were connected to crimes, though the warrant didn't say what crimes the holders of these boxes were suspected of engaging in.

The warrant had been approved by US Magistrate Judge Steve Kim, who issued restrictions along with the warrant, that precluded the FBI from "searching through box holders’ belongings for evidence of crimes," the LA Times reports.

“The government did not know what was in those boxes, who owned them, or what, if anything, those people had done,” wrore Robert Frommer in court papers. Frommer represents almost 400 of those box-holders who claim their rights were violated and have brought suit.

“That’s why the warrant application did not even attempt to argue there was probable cause to seize and forfeit box renters’ property.”
ADVERTISEMENT
ADVERTISEMENT
fbi la