The Judge added his own commentary on the law writing that the legislation "compels providers to host speech that violates their standards. Like prior First Amendment restrictions, this is an instance of burning the house to roast a pig." 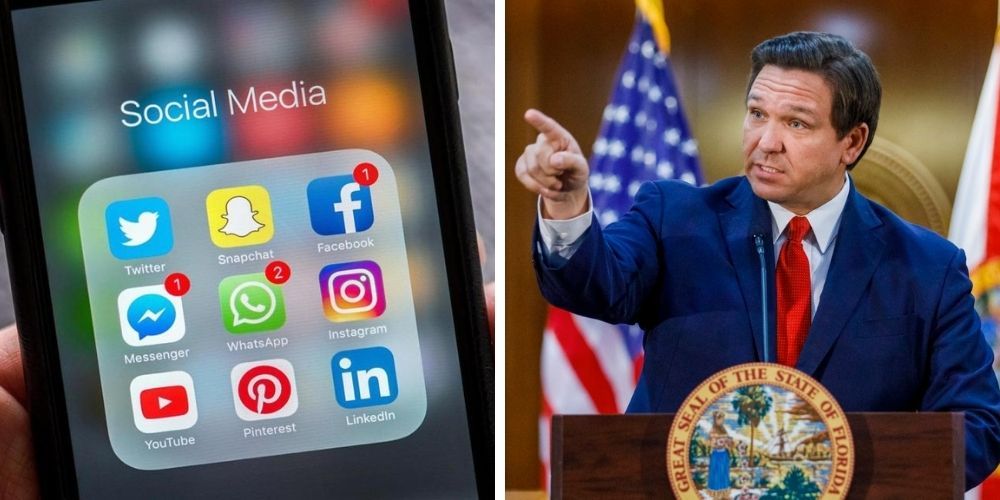 A Florida law that would have fined social media platforms for blocking politicians' posts, was blocked by a federal judge on Wednesday.

The Computer & Communications Industry Association, which represent several Big Tech companies, and NetChoice, filed a lawsuit earlier in the month arguing that the legislation violates the First Amendment's free speech clause, is possibly in violation of the 14th Amendment, and violates equal protection clauses.

US District Judge Robert Hinkle of the Northern District of Florida said in issuing a preliminary injunction, "The plaintiffs are likely to prevail on the merits of their claim that these statutes violate the First Amendment. There is nothing that could be severed and survive." The law was due to go into effect Thursday.

Republican Governor Ron DeSantis plans to appeal Hinkle’s decision to the 11th circuit of the US Court of Appeals.

The law would have allowed the state to issue up to $250,000 a day in fines to Big Tech companies that chose to ban any state-level political candidates and $25,000 for local candidates. The law would have also forced social media giants to give users seven days warning before they would be banned from a platform, for a chance to resolve problematic posts.

The legislation was passed after the banning of former President Donald Trump from Twitter, Facebook, and other social media platforms following the riot at the US Capitol in January.

The Judge added his own commentary on the law writing that the legislation "compels providers to host speech that violates their standards. Like prior First Amendment restrictions, this is an instance of burning the house to roast a pig."

The judge’s decision comes as states across the US have been working on similar legislation, while Democrats block efforts to regulate the tech industry in Washington. The Texas Senate approved a similar bill to Florida’s, but the Texas House did not pass the bill. Arizona, North Carolina, North Dakota and Louisiana are also considering similar legislation.

Governor DeSantis released a statement that said, "We are disappointed by Judge Hinkle’s ruling and disagree with his determination that the US Constitution protects Big Tech’s censorship of certain individuals and content over others."