In 2020, Sandmann settled a $250 million defamation lawsuit with the Washington Post, and CNN paid out a settlement as well. 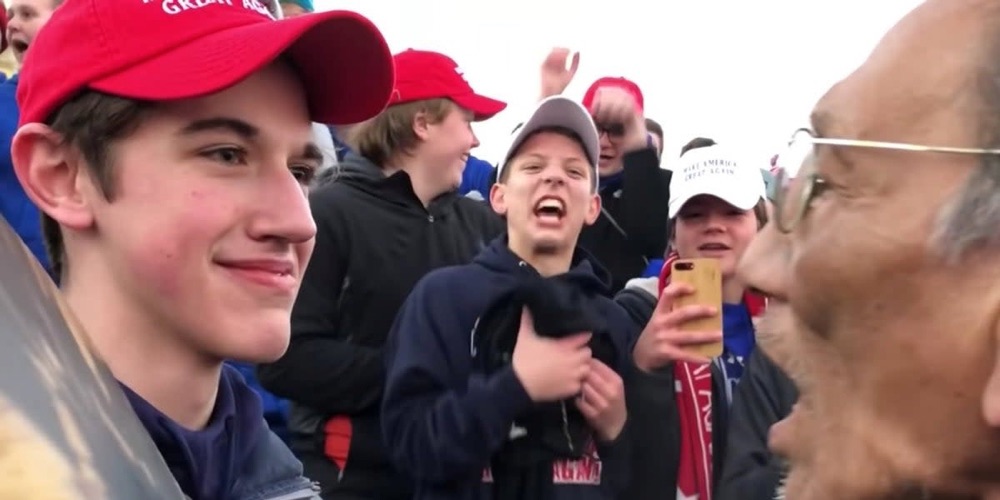 A United States District Court Judge threw out five media libel lawsuits on Wednesday that were brought forth by Nicholas Sandmann, the Covington Catholic High School student that went viral across mainstream media while attending a class trip to Washington, D.C. in 2019.

In January 2019, Sandmann was innocently standing in front of the Lincoln Memorial participating in a pro-life rally alongside his friends from Covington Catholic High School. Sandmann, who was wearing a "MAGA" hat at the time, found himself at the center of a viral video in which mainstream media portrayed him as a "racist" aggressor.

A group called the Black Hebrew Israelites provoked a confrontation with the Covington Catholic High School students but Sandmann didn't take the bait. Native American man Nathan Phillips approached Sandmann face-to-face and banged on drums as the student, who was 16-years-old at the time, stood idly by.

In 2020, Sandmann settled a $250 million defamation lawsuit with The Washington Post, and CNN paid out a settlement as well.

In 2019, the CBC had to apologize for their broadcast of the fake news about the Covington kids.

"The media defendants were covering a matter of great public interest, and they reported Phillips's first-person view of what he experienced. This would put the reader on notice that Phillips was simply giving his perspective on the incident. Therefore, in the factual context of this case, Phillips' 'blocking' statements are protected opinions. This holding moots all other motions before the Court," Bertelsman wrote.

Todd McMurty, Sandmann's attorney, said he was "disappointed" by the judge's decision and intends to file an appeal, Fox News reports.