“I can only imagine how hard it is to be a feminist on the front-lines,” Trudeau told conference attendees as he spoke about the state of gender equality today. 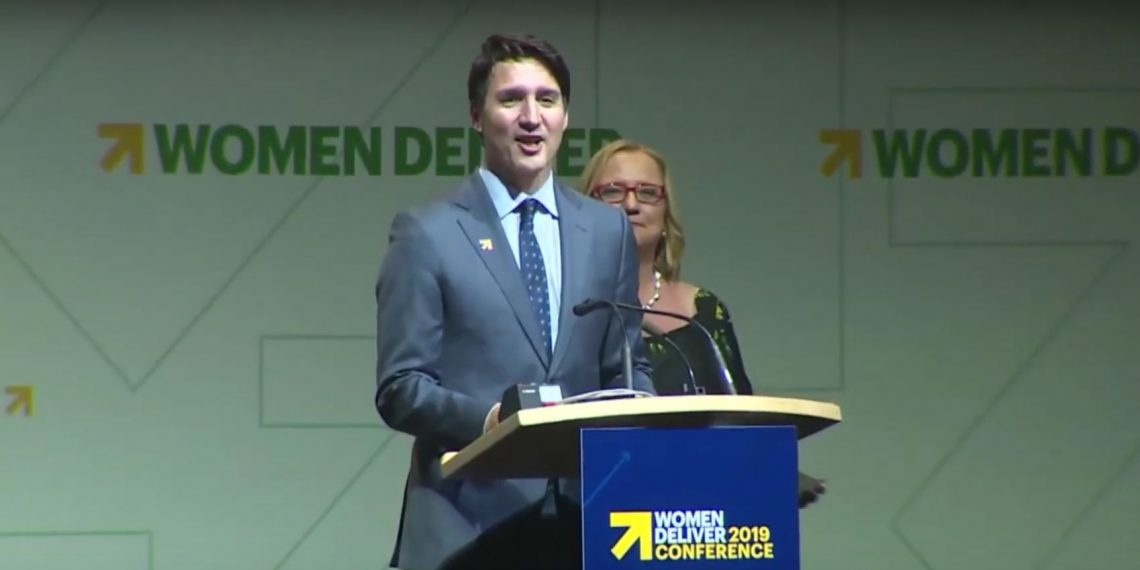 Katja Iversen, the president of the conference introduced Trudeau referring to him as a “fellow feminist”.

“I can only imagine how hard it is to be a feminist on the front-lines,” Trudeau told conference attendees as he spoke about the state of gender equality today.

The five day conference is centered around “gender equality and the health, rights, and well-being of girls and women.”

Both Justin Trudeau and his wife Sophie Grégoire Trudeau were key speakers at the event. Other world leaders present, included President of Ethiopia, Sahle-Work Zewde and President of Ghana,  Nana Akufo-Addo.

Recently, the prime minister’s credibility as a feminist has been up for debate after several scandals have plagued his administration.

Most recently, the Prime Minister was chided by critics for expelling two women MPs from his caucus. Trudeau ejected Canada’s first indigenous Justice Minister, Jody Wilson-Raybould, and the former President of the Treasury Board, Jane Philpott from his caucus over their alleged involvement in accusing the Prime Minister’s Office of political interference in the SNC-Lavalin affair.

Before that, Justin Trudeau was answering for a nearly two-decade old report in which he allegedly groped a journalist while attending a music festival. When pressed to answer for these allegations, the prime minister claimed that “the same interactions can be experienced very differently”.

While at the conference, Trudeau also sat down with Kenya’s President Uhuru Kenyatta.