Police Chief Eddie Garcia said the suspect was a 37-year-old woman who opened fire near the Southwest ticket counter. 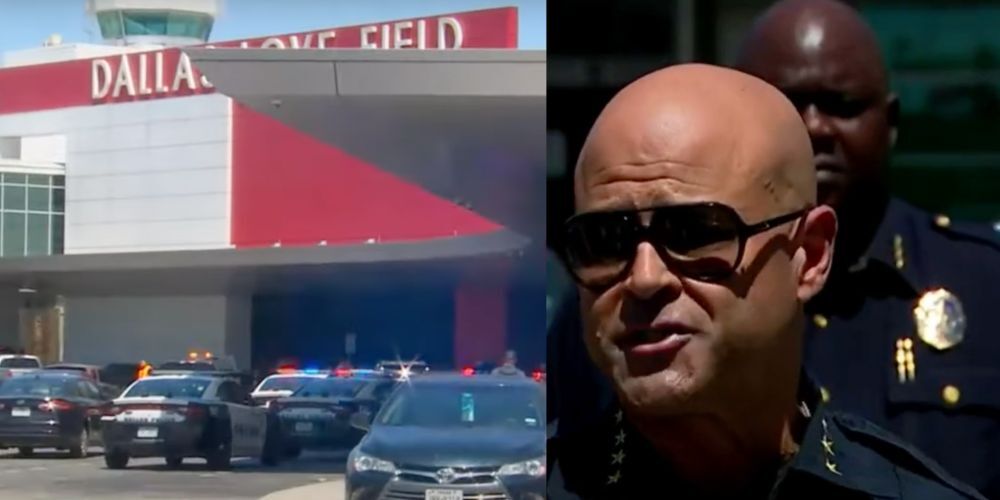 A 37-year old woman opened fire at the Love Field Airport in Dallas, Texas on Monday at 10:59am and was immediately stopped by a police officer who returned fire and neutralized the female shooter.

Police Chief Eddie Garcia said in a statement that the woman "gets dropped off, goes inside" and heads towards the Southwest ticketing counters. She went into a restroom where she changed her clothing, "put on some kind of hoodie," and then when she walked out " produced a handgun and began firing about this point."

A police officer was already in the area and saw the woman, who Garcia said started shooting at the ceiling.

The officer shot the suspect and hit her in "the lower extremities."

"She's taken into custody and is currently in Parkland Hospital. No other individuals were injured in this event, other than the suspect"

Fox News reported that police did originally respond to an active shooter situation but Garcia said this is "not an active situation."

Dallas Police told local news that they were called to an "officer assist" at the airport and that crowds and travelers have been removed from the building.

"We want to make sure our community knows that there are no other passengers, family members or people in the airport that are victims," Garcia concluded.

The Federal Aviation Administration had a ground stop in place at the airport which primarily serves Southwest Airlines, its website states.