"We'll admit - this isn't John's format. Look no further than the debates from the primary earlier this year," a memo from the Fetterman campaign says. 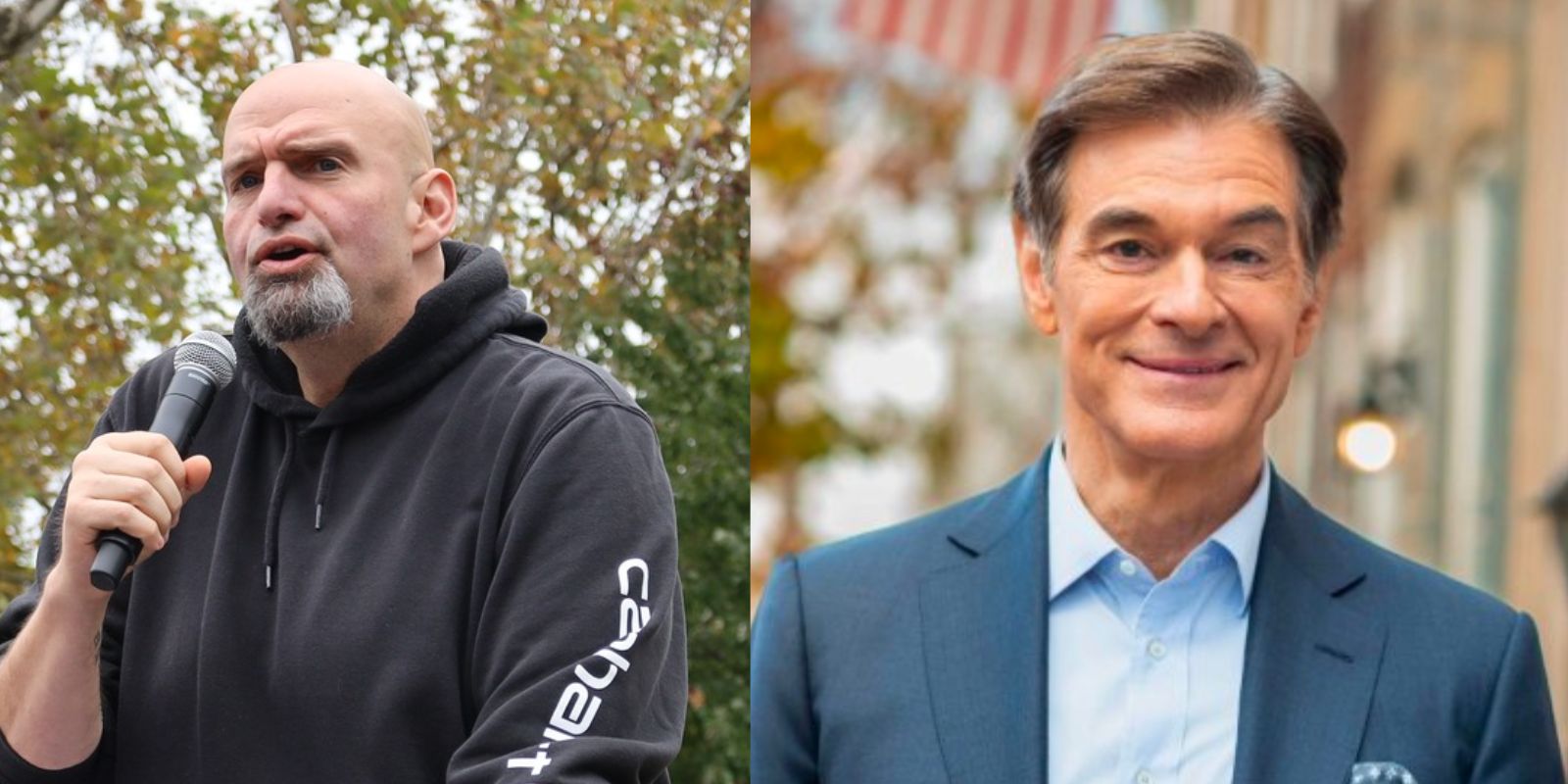 Fetterman, on the other hand, will use a computer to deliver instant closed captioninng during the debate. Instead of responding directly to Oz, Fetterman will read Oz's responses on the screen and then respond.

This is due to the lingering effects of a stroke that Fetterman suffered in the spring. His wife, Gisele, has claimed that criticizing Fetterman for that use of closed captioning is essentially discriminatory.

She called the comments "ableist" and said that the NBC reporter who interviewed Fetterman, making note of his unique use of closed captioning and inability to listen and responde, should be held accountable for the "disservice that she did to not only my husband, but anyone facing a disability."

The memo was shared by Politico repoter Holly Otterbein.

The statement, written by advisors Rebecca Katz and Brendan McPhillips, makes clear that Oz is a "TV personality," and admits that even prior to Fetterman's stroke that he "wasn't great at debates."

"We'll admit - this isn't John's format. Look no further than the debates from the primary earlier this year. On the other hand, 'Oz is a polished daytime TV host who knows his camera angles and how to craft TV moments,'" the memo says, quoting the Philadelphia Inquirer.

"John is ready to share his vision for Pennsylvania, defend his record, and make the case against Oz. He's going to be talking about his real ideas to help real people. But if we're all being honest, Oz clearly comes into Tuesday night with a huge built-in advantage," the memo says.

TV studios are Oz's "comfort zone" they say, giving him credit for his media-savviness. "He hosted his scammy talk show for 13 seasons, filming over 2,000 episodes where he hawked miracle cures and magic diet pills to prey on hard-working Americans. That's a lot of practice! We know that Oz is going to use this debate to try to obscure his own extreme positions – like calling all abortions "murder" – and his litany of disingenuous flip-flops," they write.

"He's also going to distract from his own problems by lying about John's record and launching false attacks on crime, fracking, inflation, taxes... you name it. Oz will try to play the nice doctor on Tuesday night, but his campaign's attacks on John's health have consistently been mean-spirited and cruel," he said.

"This debate is unprecedented – there's never been a closed-captioned political debate in a high-profile Senate race where one of the candidates is dealing with a lingering auditory processing challenge while recovering from a stroke," they write, also admitting that Fetterman is prone to imperfect speech.

"We are prepared for Oz's allies and right-wing media to circulate malicious viral videos after the debate that try to paint John in a negative light because of awkward pauses, missing some words, and mushing other words together. The captioning process may also lead to time delays and errors in the exchanges between the moderators and the candidates. In fact, because the captions are going to be typed out by human beings in real-time, on live TV, some amount of human error in the transcription is inevitable, which may cause temporary miscommunications at times. It is impossible to control and unavoidable. That's OK - what matters is that people get to see and hear John's values," they argue.

"John has had a remarkable recovery, but the ongoing auditory processing challenges are real. The campaign insisted on closed captioning technology because it's necessary. But he'll be open and upfront about those challenges, just like he has been in interviews and at rallies for the past few months. John knows this will not be easy, but he is showing up because Pennsylvania voters deserve to hear from their candidates for the Senate. But remember: John did not get where he is by winning debates or being a polished speaker. He got here because he truly connects with Pennsylvanians."

They go on to call Oz a "lying fraud who has no actual policy solutions and no core values," and say "that he's a scam artist who's not even from here but thinks he can buy our Senate seat."

"What was true after John won the primary is still true just two weeks before Election Day: John connects with Pennsylvanians from all corners of the commonwealth, has proven he can earn support in both the bluest and the reddest counties, and inspires genuine grassroots enthusiasm. He is a unique candidate with a strong personal brand that transcends partisanship," they argue, "That's what voters are going to see on the debate stage, and it's why John is going to win this race - even if he doesn't win the debate."

Concerns have been raised recently regarding Fetterman's inability to communicate succinctly and without the aid of technology. Last week, NBC's Dasha Burns reported that prior to an interview, Fetterman had difficulty engaging in basic small talk without the use of captioning technology.

"It wasn’t clear he was understanding our conversation," Burns wrote.