Gisele Fetterman said, "I don't know how there were not consequences, right? I mean, there are consequences for folks in these positions who are any of the 'isms.' I mean, she was ablest and that's what she was in her interview." 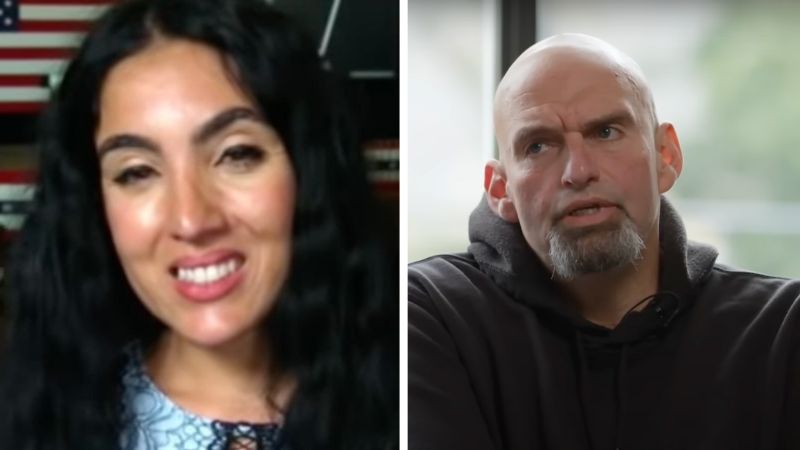 Speaking to Daily Beast Editor-at-Large Molly Jong-Fast on her podcast Fast Politics, Gisele Fetterman said, "I don't know how there were not consequences, right? I mean, there are consequences for folks in these positions who are any of the 'isms.' I mean, she was ablest and that's what she was in her interview."

Fetterman wanted Burns held accountable for the "disservice that she did to not only my husband, but anyone facing a disability."

Earlier in the week NBC aired the interview with Burns and Fetterman which was his first in-person sit-down interview since suffering a stroke in May.

Despite sitting directly opposite Fetterman, Burns was asked by the Fetterman campaign to deliver questions via closed captioning, claiming that he continues to struggle with auditory processing following his stroke.

Burns went on to explain that while she and Fetterman engaged in small talk before going on camera without captioning, "it wasn’t clear he was understanding our conversation." Gisele Fetterman cited the "small talk" remark as part of the reason for her being upset.

"It was appalling to the entire disability community, and I think to journalism, so I was shocked. I'm still really upset about it. And I think the positive is it's that it's brought a lot of conversations around accommodations, around rights, around ableism. Right? I mean, ableism was trending on Twitter," Gisele Fetterman said.

Burns responded to the Twitter criticism by posting, "Our reporting did not and should not comment on fitness for office. This is for voters to decide. What we do push for as reporters is transparency. It’s our job. Fetterman sat down and answered our questions. That’s his job."


"It just shows there's so much work to do, but these networks have to take accountability, right, like, where is your training?" Gisele Fetterman said, adding "And you know what, I haven't heard an apology. It hasn't come."

Burns also pointed out that the last time a physician gave Gisele Fetterman's husband the all-clear to run was six months ago, and she asked why he’s declined to release his medical records since.

Fetterman deflected the question, suggesting that simply seeing him out and about giving speeches and doing interviews should be enough for voters to see that he’s ok.