If representation matters, doesn’t it matter for little boys, too? Not according to the Lincolnshire Fire and Rescue who cancelled Fireman Sam. 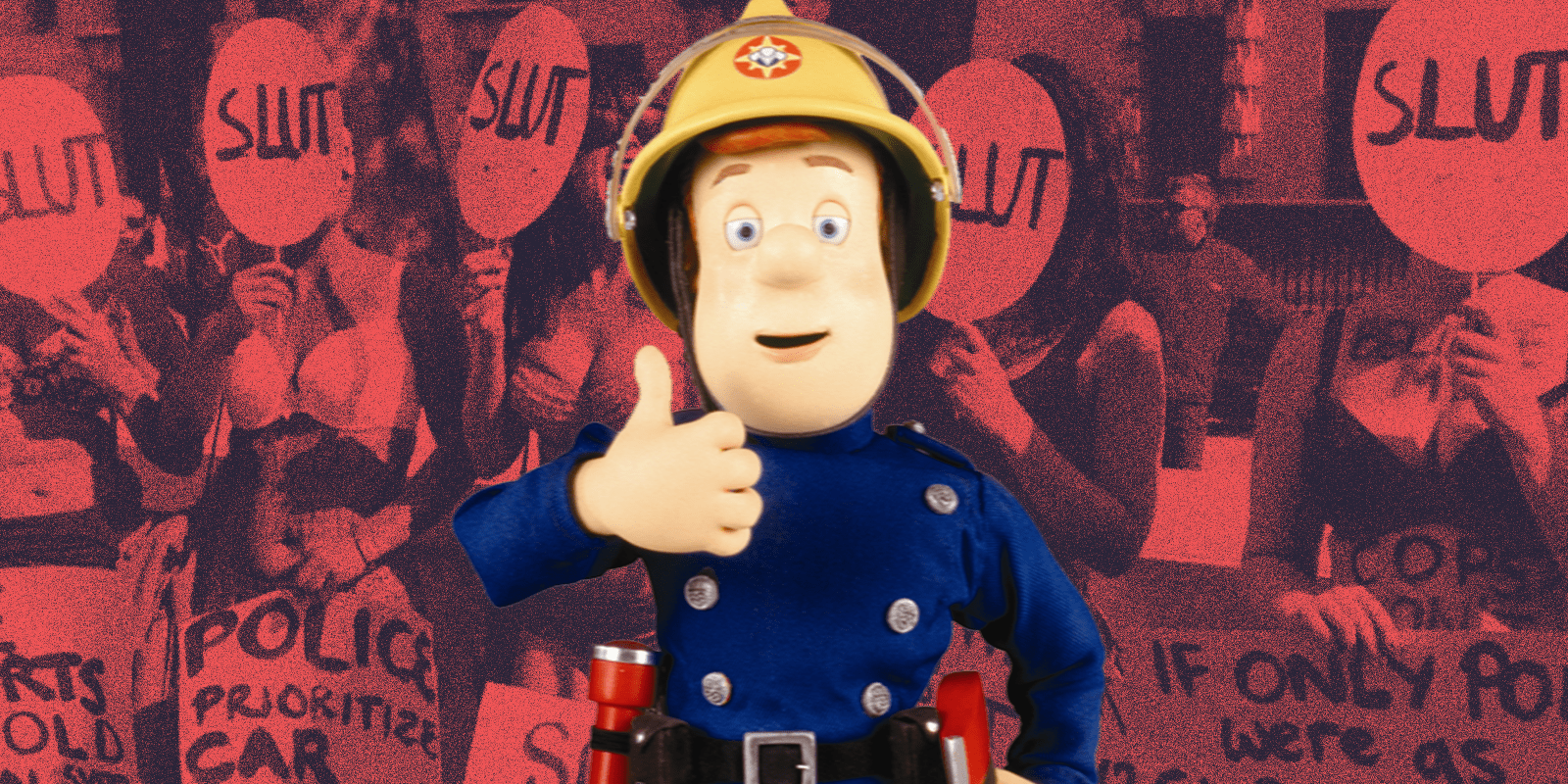 If representation matters, doesn’t it matter for little boys, too? Not according to the Lincolnshire Fire and Rescue, which has determined that talking fire extinguishers will do more to recruit women to the force than the character of Fireman Sam, and isn’t particularly concerned about making the career choice attractive to little boys. At events and parades and things, fire fighters will no longer be permitted to dress as popular animated firefighter. Why can’t the firemen dress up as Fireman Sam? The answer is inclusion, of course. If firemen dress up as firemen it’s off putting to little girls who might otherwise want to be firemen.

Fireman Sam is a long running show about a fire department in the fictional Welsh town of Pontypandy, and was created in the 1980’s by firefighters. While it features women firefighters as well as men firefighters, the concern for many, from London’s Mayor to the Fire Brigades Union, is that this animated fireman is the reason more young women aren’t signing up to work for the fire force. It couldn’t be some other reason that no one wants to talk about, like that perhaps there are differences between boys and girls that result in them having different interests sometimes (maybe could that be or are we so confused that we can’t even say that anymore?), at all.

In fact, it was firefighters who led the charge against Fireman Sam. With female enrollment in the fire brigade at 5.2 percent, the thinking was that it was Fireman Sam, not some other collection of logical, sane, reasons, that is preventing more women from signing up.

Good Morning Britain’s talk show host Piers Morgan said “Apparently they are having problems recruiting women to the fire service, apparently numbers are a bit low. Now they have isolated what the problem is… It’s not that women don’t want to go and risk their lives, but actually, it’s cartoons. It’s Fireman Sam, that is the problem, because it is called Fireman Sam.”

The first issue with Fireman Sam is his name, apparently. The title of fireman isn’t inclusive enough. The BBC reports that “FBU executive council member Ben Selby said: “We’re not bothered about Fireman Sam… We’re bothered by the subconscious message the term fireman has created as an issue in our recruitment.”

What’s being missed entirely is that the character being called a fireman only matters in the little brains of boys and girls if girls and boys think of themselves in terms of their gender first, and everything else second. For many people who aren’t constantly concerned with whether or not they should be offended, gender is not the primary consideration in how a person defines themselves. While the reality of one’s biological sex plays into how one considers themselves and their place in the world, it’s rare to find, in developed countries, kids who think they can’t do a thing because of their sex.

A little fact that no one likes to think about is that in the most egalitarian countries, those Scandinavian gender-equal paradises, the differences between the career choices men and women make are starker, and more in line with gender stereotypes, than in other places. When women and men have the most freedom to choose how to live, how to present themselves, how to raise their children, and how to work, they tend to choose those roles that are more closely aligned with the gender stereotypes the Lincolnshire Fire and Rescue are trying to overturn.

A study published in Psychology Science in 2018, led by teams from Leeds Beckett University and the University of Missouri, “…found that countries such as Albania and Algeria have a greater percentage of women amongst their STEM graduates than countries lauded for their high levels of gender equality, such as Finland, Norway and Sweden.” The thought from researchers is that when women have the social safety net, they have the freedom to choose their career based on non-economic factors, such as personal preference.

The Fire Brigade should not stop with the renaming (under threat of exclusion) of Fireman Sam. Instead, they should take their cue from the city of Berkely, California, that has renamed everything to avoid gendering inanimate objects altogether. Manholes in the left-leaning town are now called “maintenance holes.” The term craftsman has become “artisan.” Gendered pronouns are out and they/them are in, along with municipal employees being able to add their preferred pronouns to their name badges. For those who already have trouble matching names with faces, this will create the added difficulty of having to remember that Doris in accounting prefers to be “they.”

While all of this linguistic pandering may do nothing to bring more girls into the force, isn’t it possible that in deleting the role model of Fireman Sam boys will no longer see themselves represented in the career of fighting fires? If men make up almost 95 percent of the fire brigade, shouldn’t their contribution be valued as opposed to undermined? In telling boys that their representation doesn’t matter, that the force has enough of them already, isn’t the Lincolnshire Fire and Rescue doing a bigger disservice to boys than it is serving girls? More men go into fire fighting than girls do, and fires need to be fought. The force should be as inclusive as possible, but not to the exclusion of those who are the most usual fit.