Five ways to use social media to open your political mind

There is a way to climb out of the social media sludge, and into the clean air of reason without having to give up Twitter or Facebook entirely. Not only that, I believe social media can actually help you open up your political perspectives—if you use it wisely. 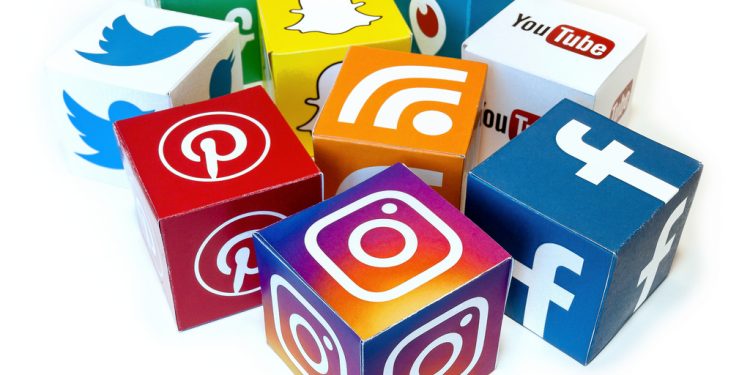 A lot of people refer to social media as a cesspool. It’s no secret that scads of terrible ideas, angry tweets, and awful memes pollute the social space. If you’re not careful, you’ll start feeling infected by it—wading through toxic sludge, day after day.

Soon you’re addicted to the sludge, and you take a running cannonball into the swampy milieu. Now you’re angry tweeting, and spending two hours of what should be a perfectly peaceful time in your day trying to convince someone that life starts at conception, or climate change is real, or there aren’t actually 328 genders.

I’ve been down this road many times (too many), and I have no pride in that. I’ve wasted hours arguing with complete strangers online, and in the end nobody changes their minds. The only thing I’ve been successful at is raising my blood pressure. After too many frustrating interactions, I started using social media a little differently. The changes I’ve made in my behavior and thinking have resulted in changes in my political ideologies as well.

There is a way to climb out of the social media sludge, and into the clean air of reason without having to give up Twitter or Facebook entirely. Not only that, I believe social media can actually help you open up your political perspectives—if you use it wisely.

Here are a few pointers to navigating social media in a healthy way, and becoming more politically open-minded:

It’s very difficult to progress and grow in your ideologies if you hold dogmatic opinions on everything. It’s good to have strong, well-informed opinions, but hold onto them loosely. Remember that your ideological opponents also have well-informed opinions; they’re just different from yours. Not everyone that disagrees with you is stupid (although some are, of course, and those people aren’t the ones you should listen to). Many have researched, studied, and put time and thought into their views—whether it’s abortion, climate change, or the economy. Don’t come to the social media politisphere thinking the worst of everyone who sits on the other side of the aisle. This doesn’t mean you can’t speak up passionately about something that’s important to you. It has more to do with how you view and treat those who think differently.

Studies have also found that extreme dogmatic views result in an increased willingness to shut down the free speech of your opponents, as well as increased tendencies toward violence directed at your opponents, according to Sean Stevens of Heterodox Academy. Recognize your own fallibility and learn to accept it. We are all on this journey together, and nobody has a monopoly on knowledge.

Rage tweeting is an exercise in futility, and most likely harmful to your mental and emotional health. For one, you won’t change any minds. Twitter doesn’t provide enough characters to get across the nuance of complex arguments, and most often your Twitter opponent won’t acknowledge any of your logical points because their mind is already made up. (Not to mention, rage tweeting isn’t exactly known for its logical point making.)

Secondly, it puts your mental health at risk. Scientists have compared rage tweeting to road rage and found that a vast majority (close to 85%) of social media users lose their temper faster online than in person. Studies have also shown that rage tweeting for “catharsis” actually has the opposite effect, increasing your overall aggression. No more rage tweets. Stop cold turkey.

Now that you’ve somewhat “cleansed your political palate,” it’s time to take a difficult step: Actively follow people on social media you disagree with. This is a great way to hear ideas from people who don’t subscribe to the same ideologies as you—straight from the horse’s mouth, so to speak. Search for commentators, political leaders, academics, journalists, and reasoned thinkers on both sides of the aisle who share quality content.

This is an important step because we currently live in a society that doesn’t approve of intermingling with “the enemy.” In the summer of 2018 Hollywood actor and producer Mark Duplass tweeted a very reasonable, innocuous statement: “Fellow liberals: If you are interested at all in ‘crossing the aisle’ you should consider following @benshapiro.” Immediate rage ensued, with leftists furious that he would dare make such a suggestion. Ridiculous, hyperbolic articles were written about it. Emotions were high, and after intense social pressure, Duplass deleted the tweet and apologized for it.

The apology was a terrible precedent to set, and Duplass handled the situation in the worst possible way by caving to the social media mob. He was right the first time. Ben Shapiro is a popular conservative commentator, educated, and reasonable. He is exactly the kind of person someone on the left should follow to learn more about differing points of view. On the left, there are people like Bret and Eric Weinstein, Sam Harris, Heather Heying, Christina Hoff Sommers, and countless others who truly make an effort to have good faith debates. All are excellent follows for people on the right.

When it comes to your own friends and family on the other side of the aisle, don’t hit the “unfollow” button so fast. If their posts make you mad, don’t respond in rage and anger. If possible, schedule a time to have a reasonable discussion in person, rather than posting back and forth publicly on social media. Avoid attributing bad motives to your own social circle just because they don’t have the same ideas as you. This will only result in lost friendships and family distress.

Tribalism is a sort of political polarization that makes people feel bound to their ideological “tribe.” This feeling of loyalty makes it very difficult for a person to ever step out of their political comfort zone because the last thing they want is to be seen as a traitor. Trying to escape it often comes with a heaping spoonful of repudiation from your in-group.

During the contentious Kavanaugh Supreme Court hearings, Republicans reamed Sen. Jeff Flake for giving even an ounce of leverage to the Democrats. Arizona Senator Kyrsten Sinema gets plenty of pushback from progressives for her bipartisanship. She’s one of the few Democrats who stood and clapped during President Trump’s most recent State of the Union address and supported Trump’s attorney general nomination of William Barr. Recently the New York Times published an article titled “I Broke Up With Her Because She’s White,” where the writer details his struggle with dating outside his race. He admits “maybe I wouldn’t have broken up with her if it hadn’t been for all the judgment coming my way.” These examples, along with the Duplass incident, are symptoms of toxic tribalism. It needs to stop, and it can stop with you.

Be willing to call out your own people. It’s ok to make fun of CNN or Fox News for their gaffes and bias. It’s ok to call out President Trump or Alexandria Ocasio-Cortez when they say something completely absurd and false. You are not beholden to any one of these people, or organizations. Learn to think freely, and examine your own biases. Don’t just repost something because a popular person on your ideological team posted it. Examine it. Question it. Is it correct? Is it logical? Take a moment and see if you can refute it. Challenge yourself. It will be uncomfortable at first, but it’s a healthy habit to develop.

If you’re all about “owning the libs,” or “owning the cons,” you aren’t going to flourish intellectually in the social media space. You may get a lot of followers, but honestly, they are most likely tribal and toxic. If you are truly concerned with finding solutions to the issues that matter to you, you need to think before you post. Practice decency and kindness. How you interact with people can result in friendly (and possibly fruitful) debate, or conversely, a deeper commitment to tribalism. The former is what you should aim for.

The book, “How to Win Friends and Influence People,” by Dale Carnegie, provides wisdom on how to positively interact with people, and I would suggest reading it to learn how to argue more persuasively. Here are a few tips from the book that may help in your online interactions:

It takes self control and patience to debate with people with whom you vehemently disagree. Making an effort to debate in good faith, rather than going in for the kill, will not only elevate the conversation but also make you a better thinker … and a better person.

As it stands, social media is a very volatile creature. There is a lot of good mixed in with quite a lot of bad. If you are honestly interested in bettering yourself as a person, both intellectually and emotionally, following these steps is a good start.