One of the grants looked to screen both bats and those that work in close quarters to these animals for novel coronavirus, and was headed by Dr. Peter Daszak. 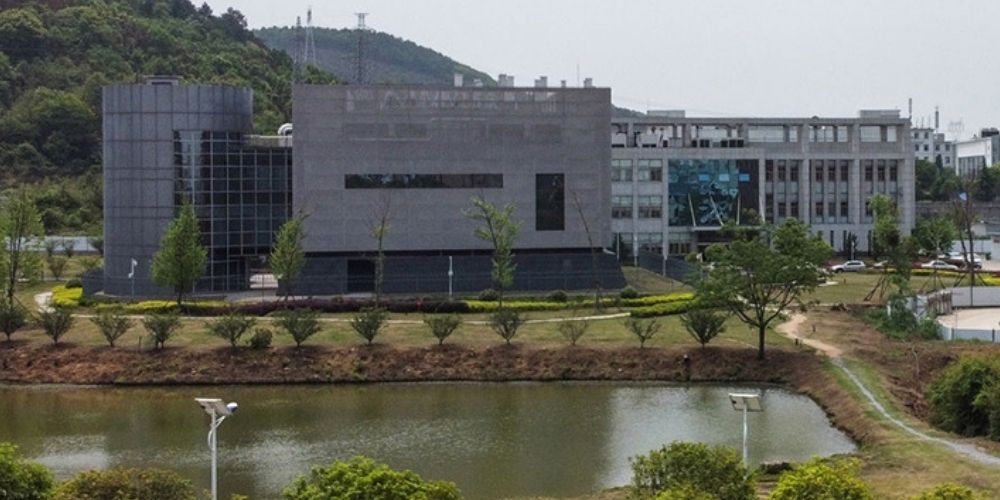 Following a Freedom Of Information Act lawsuit filed by The Intercept, more than 900 pages of documents relating to EcoHealth Alliance and their work with the Wuhan Institute of Virology on bat coronaviruses has been released, revealing key details on the US taxpayer funded research.

The documents include two previously unpublished grant proposals funded by the National Institute of Allergy and Infectious Diseases, as well as updates to EcoHealth Alliance's research project.

One of the grants, titled "Understanding the Risk of Bat Coronavirus Emergence," looked to screen both bats and those that work in close quarters to these animals for novel coronavirus, and was headed by Dr. Peter Daszak.

According to The Intercept, "the documents contain several critical details about the research in Wuhan, including the fact that key experimental work with humanized mice was conducted at a biosafety level 3 lab at Wuhan University Center for Animal Experiment — and not at the Wuhan Institute of Virology, as was previously assumed."

"Most emerging human viruses come from wildlife, and these represent a significant threat to global public health and biosecurity - as demonstrated by the SARS coronavirus pandemic of 2002-03 and an ongoing SARS-like epidemic in the Middle East," the proposal states.

"This project seeks to understand what factors allow animal Coronaviruses to evolve and jump into the human population by studying virus diversity in a critical group of animals (bats), at sites of high risk for emergence (wildlife markets) in an emerging disease hotspot (China)," it reads.

EcoHealth Alliance was provided with a $3.1 million grant for the research, with $599,000 going to the Wuhan Institute of Virology for research that includes identifying and altering bat coronaviruses. Funding was renewed after the five year period ended in 2019, but was revoked by the Trump administration in April 2020.

Scientists have expressed their concerns regarding the potential dangers associated with such experiments and research in the past, with the grant noting such dangers: "Fieldwork involves the highest risk of exposure to SARS or other CoVs, while working in caves with high bat density overhead and the potential for fecal dust to be inhaled."

Alina Chan, a molecular biologist at the Broad Institute, told The Intercept that the documents showed that EcoHealth Alliance has reason to take the lab leak theory seriously.

"In this proposal, they actually point out that they know how risky this work is. They keep talking about people potentially getting bitten — and they kept records of everyone who got bitten," Chan said. "Does EcoHealth have those records? And if not, how can they possibly rule out a research-related accident?"

Richard Ebright, a molecular biologist at Rutgers University, told The Intercept that the released documents contain critical information regarding the research done in Wuhan.

Robert Kessler, communications manager at EcoHealth Alliance, was asked about the grant materials, to which he stated, "We applied for grants to conduct research. The relevant agencies deemed that to be important research, and thus funded it. So I don't know that there's a whole lot to say."

The origin of how the bat coronavirus, the closest relative to SARS-CoV-2, passed to humans has been widely debated since the beginning of the pandemic. Wet markets and rural areas where humans and bats are in frequent contact was toted as being the source of the pandemic. As months passed though, more scientists, biosecurity experts, and internet sleuths began to question whether the pandemic's origin began in a lab, with scientists and leaders calling for deeper investigations over the last few months.

President Joe Biden ordered an intelligence community study on the issue back in May, which he said on August 27 came back inconclusive.

"Biden blamed China for failing to release critical data, but the U.S. government has also been slow to release information," wrote The Intercept.

"I wish that this document had been released in early 2020," said Chan, who has called for a lab-leak origin theory investigation. "It would have changed things massively, just to have all of the information in one place, immediately transparent, in a credible document that was submitted by EcoHealth Alliance."