The Ford government is currently engaged in consultation sessions on reigning in public sector spending. One of the ideas proposed by the province is setting a limit on wage increases via legislation. 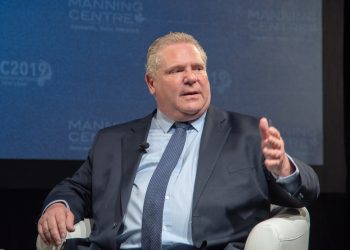 The Ford government is currently engaged in consultation sessions on reigning in public sector spending. One of the ideas proposed by the province is setting a limit on wage increases via legislation.

A move like that would limit the salary increases of hundreds of thousands of public sector workers across the province including teachers, professors, and government bureaucrats.

The Ford government is expected to table such a bill in late May or early June, shortly after the consultation period ends.

Smokey Thomas, the president of the Ontario Public Service Employees’ Union (OPSEU), thinks the consultations are not being carried out in good faith.

“In my mind they’re just ticking off the boxes to fight off a Charter challenge if they interfere in collective bargaining in any way,” said Thomas.