"They're not listening to what Putin is saying about Russia's goals in Ukraine, and the fact that Russia considers this an existential war," Ehrlich said. 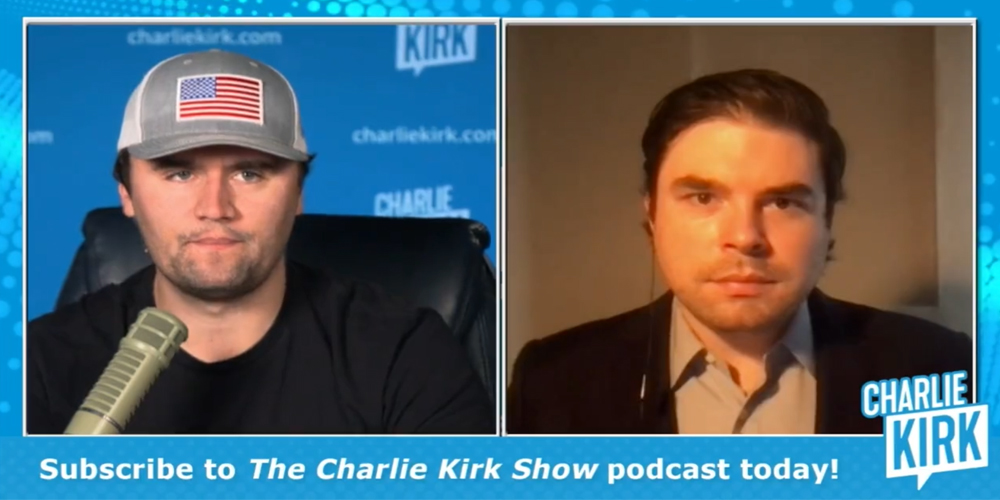 Foreign policy analyst Clint Ehrlich told Turning Point USA founder Charlie Kirk on the Monday episode of his podcast that Putin won't give up his invasion of Ukraine on the basis of depleted morale. Instead, he argues, that the historical context of the war is what drives Russian spirits to continue no matter what.

Ehrlich goes against the current prevailing narrative by highlighting the stakes for Russia's future from Russian President Vladimir Putin's eyes:

"Well I think that Russia is frustrated. They wanted to make more progress in their war on Ukraine. But I think the idea that they're going to lose, or that they're going to give up is misguided because it underestimates the stakes of this war from the Russian perspective. The mistake that many analysts made before the war was they thought that Vladimir Putin would not invade Ukraine because they didn’t take his words about the threat that Ukraine posed to Russia's security literally."

Ehrlich was referring to the televised speech given by Putin a few days before the Ukraine invasion began, which left Western diplomats scrambling.

"They simply didn't believe him, and they're doing the same thing again. They're not listening to what Putin is saying about Russia's goals in Ukraine, and the fact that Russia considers this an existential war. Basically a sequel to World War II for them, and so the idea that Russia would simply give up or withdraw, rather than escalating the war and using heavier weapons, is based on a misapprehension of Putin’s motivations, and the willingness of the Russians to do whatever it takes to win," Ehrlich continued in his appearance on Kirk's program.

The situation of Russia's military encroachment on Ukraine was highly polarized in the lead-up to the invasion. Experts like Ehrlich were left to sift through the diplomatic chatter to see what the likelihood was of Putin moving forward with it.

At another point in the discussion, Kirk asked a question about the true strength of Ukraine's position to defend key locations like their capital city, Kyiv. In a case like that, Ehrlich said the physical limitations that such an undertaking would pose need to be considered. He said the civilian casualties in that instance alone would leave a significant impact on Russia's long-term international image.

Clint concluded that it's this line of thinking that compelled Russian negotiators to (still) come to the table with their Ukrainian counterparts.

The indirect ways of intervention by NATO countries in getting involved with the Russia - Ukraine war have escalated to decisions such as Secretary of State Antony Blinken announcing that NATO nations have the "green light" to send fighter jets.

Regardless, the main priority of the Biden White House continues to be not getting "dragged into a war with Russia." What started as initial sanctions by the likes of the US continues to unfold in some capacity nearly two weeks into the invasion.

In recent days, the Western world has had major credit card companies like Visa and Mastercard cut ties with Russia, along with the payment processor PayPal.