Gaffe after gaffe helps build the case that Trudeau is out of his league, having embarrassed himself in several countries on several occasions. 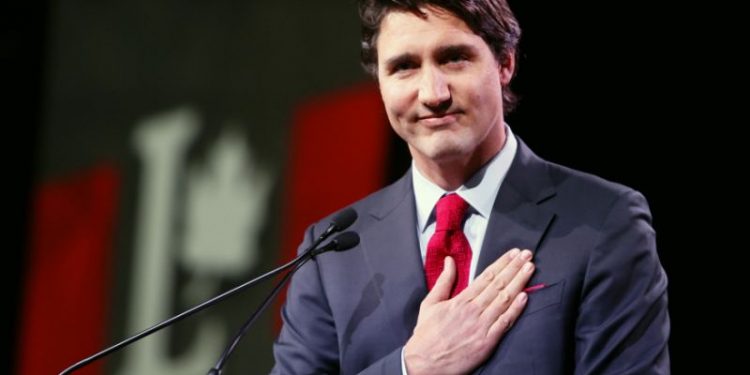 Since the beginning of his tenure as prime minister, Justin Trudeau has frequently shown that his diplomatic skills aren’t that of a person one would expect to lead the world’s 10th largest economy.

Gaffe after gaffe helps build the case that Trudeau is out of his league, having embarrassed himself in several countries on several occasions.

Here are just a few of them.

During the winter of last year, Justin Trudeau took a trip to Canada’s ninth-largest trading partner and international ally, India.

While there, along with his family, Trudeau wore numerous Indian outfits, prompting even the most left-wing of media to wonder if the get-ups veered into “costume” territory. While in India, Trudeau announced a massive$1 billion Canadian-Indian investment deal, while he and his entire family donned Indian attire that drew “less than flattering” attention.

On top of the costume controversy, Trudeau was on the receiving end of a tidal wave of backlash for his inviting of a Sikh extremist who was convicted of attempting to murder an Indian state minister to dinner with high-ranking Indian politicians.

In 2017, Trudeau skipped out on major talks regarding the Trans-Pacific. Rather than meeting with the heads of 11 countries in Viet Nam to negotiate and revise the TPP deal, Trudeau played hookey, avoiding the conference room altogether. Moments later, Japanese Prime Minister Shinzo Abe cancelled the meeting.

According to Global News, sources at the event reported that Trudeau had met Abe prior to the leaders’, and decided to meet with Facebook representatives rather than go to the leaders’ meetings.

Trudeau’s poor impressions with the Japanese don’t just end there. When Trudeau met with his Japanese counterpart on Parliament Hill,” Trudeau referred to Japan and Canada’s “90 years of diplomatic relations between Canada and China,” before quickly correcting his error.

Though it does appear that Trudeau knows China and Japan are two very different countries with very distinct cultures, histories, and languages, it didn’t prevent the embarrassing slip up. The slip up is particularly cringe-worthy since the two don’t tend to get along. (See: First and Second Sion-Japanese War).

“Well, he’s two-faced… And honestly, with Trudeau he’s a nice guy, I find him to be a very nice guy. You know the truth is, I called him out that he’s not paying two percent [GDP on military] and I guess he’s not very happy about it,” Trump said at a press conference Wednesday.

NATO summits often lead to embarrassing Trudeau moments, like when the PM purposelessly walked past world leaders. As this summit comes to an end, Canadians will have to wait until the next conference to watch Trudeau make a fool out of himself.