Two unnamed roommates were inside the house when police arrived but the 911 call was not made until 9 hours after the slayings. 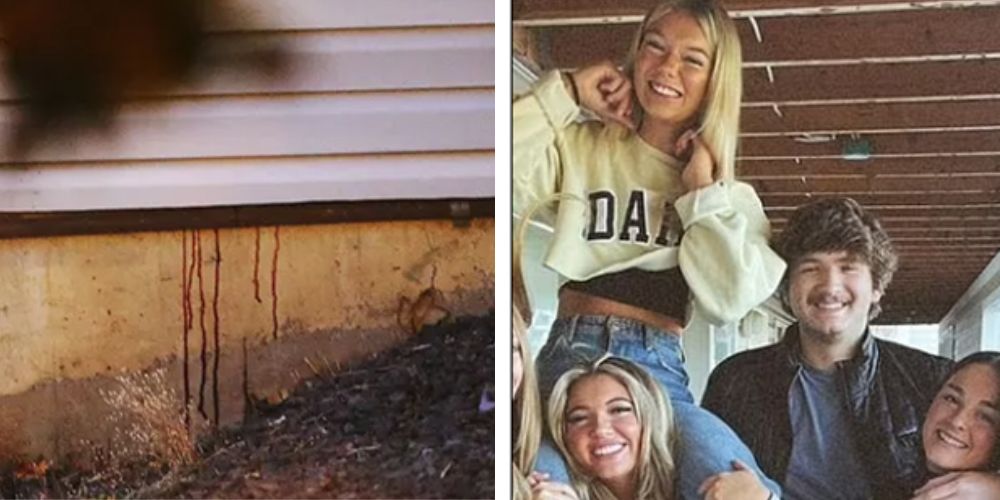 Ari Hoffman Seattle WA
Nov 17, 2022 minute read
ADVERTISEMENT
ADVERTISEMENT
Blood was seen oozing from the house near fraternity row where four University of Idaho students were viciously stabbed and left to bleed to death on Sunday.

Police in Moscow, a town of approximately 24,000 people on the Washington State border with Idaho, described the scene as among the most gruesome they have ever seen. A source close to the investigation told The Daily Mail, “There was blood everywhere.”

“We have investigators who have been on the job for 20, even 30, years, and they say they have never seen anything like this.”

The bodies of Ethan Chapin, 20, of Conway, Washington; Madison Mogen, 21, of Coeur d'Alene, Idaho; Xana Kernodle, 20, of Avondale, Arizona; and Kaylee Goncalves, 21, of Rathdrum, Idaho were found Sunday morning after police responded to a report of an unconscious person at a rented home on King Road. Chapin was dating Kernodle but his body was found on the second floor of the three-story home.

There were no visible signs of a break-in and the murder weapon has not been found. It has also been revealed that two roommates were inside the house at the time of the killings.

Chief of Moscow police James Fry said it is believed to have been a “targeted” attack but noted, “We need to be aware. The individual is still out there” adding, “We cannot say there is no threat to the community.”

According to police, the four were stabbed to death up to nine hours before, with the killing taking place between 3-4 am Sunday morning.

Fry confirmed Wednesday that two unnamed roommates were inside the house when police arrived but would not say if they were the ones who called the police. The 911 call was not made until 9 hours after the slayings.

Authorities believe that all four of murdered students had returned to the house by 1:45 am. Fry said, “We're not 100 percent sure if the door was unlocked, but there was no damage to anything and the door was still open when we got there,” adding that no property appeared to be stolen and the attack appeared to be “targeted.”

The Mayor of Moscow Art Bettge said investigators are looking into possible motives such as a "crime of passion" or a "burglary gone wrong."

Kernodle and Chapin had been at a party on campus, while Mogen and Goncalves were at a bar in the town. New footage from the live stream of a food truck surfaced on Wednesday of Mogen and
Goncalves ordering takeout and hanging out, with other young adults, two hours before they were murdered.

The video showed the pair staggering toward the truck. The manager told The Daily Mail they were “slightly intoxicated” when they ordered a plate of carbonara pasta and waited 10 minutes for the order between 1:33 am and 1:43 am on Sunday morning. Goncalves appeared to slur her words as she ordered.

They were joined by a young unidentified man. At 1:53 am, the women walk away in one direction, while the man spoke to others near the truck. He looked in their direction and appeared surprised that they had walked off, but is then seen walking around the corner, in a different direction from them.

Police were observed on Tuesday collecting the contents of trash cans close to the house as part of the search for an “edged weapon” they believe was used in the slayings. The trash was taken to a local garbage depot where hazmat-suited officers were seen sifting through the contents in a screened-off shed.

Fox News obtained ghastly photos of the house on Wednesday that showed blood dripping from the first-floor bedroom down an exterior wall at the rear of the house.

According to the outlet, in September campus security sent out a "Vandal Alert" to staff and students with the subject line "Threat with Knife," notifying the community that "The Moscow Police Department received a report that a group of students was walking between the Steam Plant parking lot (Lot #14) and the Student Recreation Center on Paradise Path and were threatened by a person with a knife.”

"No individual was harmed in the incident, but campus community members are advised to be cautious," the alert added.

The suspect was described as a white male between the ages of 18 and 22, wearing all black and a black baseball cap, and riding a mountain bike. Blaine Eccles, the dean of students said, “We had a group of students walking back to Greek Row. They encountered an individual who was not affiliated with our university. He flashed a knife. That individual then turned himself in to law enforcement.”

Capt. Anthony Dahlinger, when asked if the incident was connected to the murders told Fox News, "I have no information on that at this time."

The FBI and Idaho State Police are working with Moscow police on the investigation.