French zoo outraged after visitors scratch name onto Rhino’s back

Zoo director Pierre Caille said the two taggers “probably used their nails,” but that the rhino may “not have even realized” that the duo were putting their signature on its back. 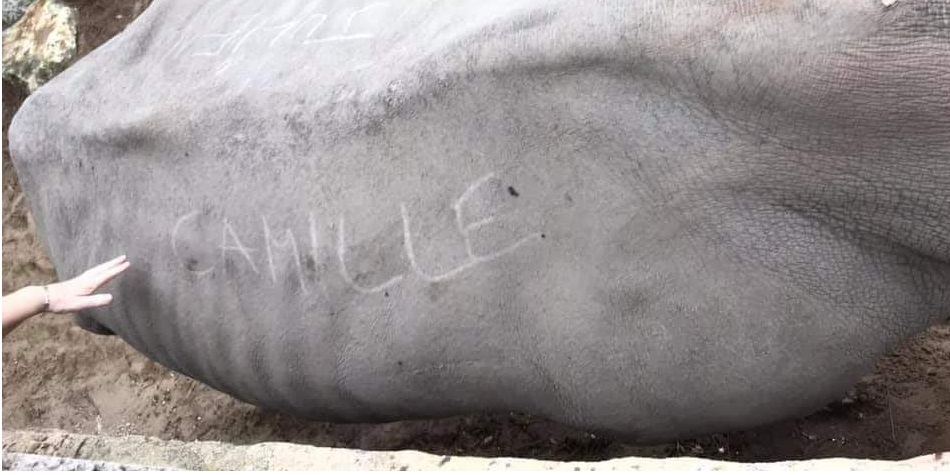 A post from a zoo in France has gotten attention following the scratching of a “stupid” person’s name into the back of a rhinoceros, according to the Zoo of Palmyre’s Facebook.

The post lambastes the “stupidity” of the two who scratched their names; one named Julien and one named Camille.

“Regarding the inscription found a few days ago on the back of one of our rhinos, the park’s management is obviously outraged by the stupidity of the inscription’s author,” the post, originally in French, said.

“Because of the layer of dust, dried sand and dead skin that covers the back of the animal, the inscription was easily erased with the help of a brush and did not cause any discomfort to the animal.”

Zoo director Pierre Caille told AFP the two taggers “probably used their nails,” but that the rhino may “not have even realized” that the duo were putting their signature on its back.

The zoo says they remain active in ensuring the safety of all animals in their exhibits. The rhino’s exhibit is large enough for the rhinos to stay far from the walls if they so desire, but oftentimes they will get close enough to the enclosure walls that attendants can pet the back of the animal.

La Palmyre is one of the most visited zoos in France.