"There's certainly many opportunities for a catastrophe, a tragedy, to have occurred, but the reality is that when you have the history that this individual had, the outcome was appropriate under the circumstances." 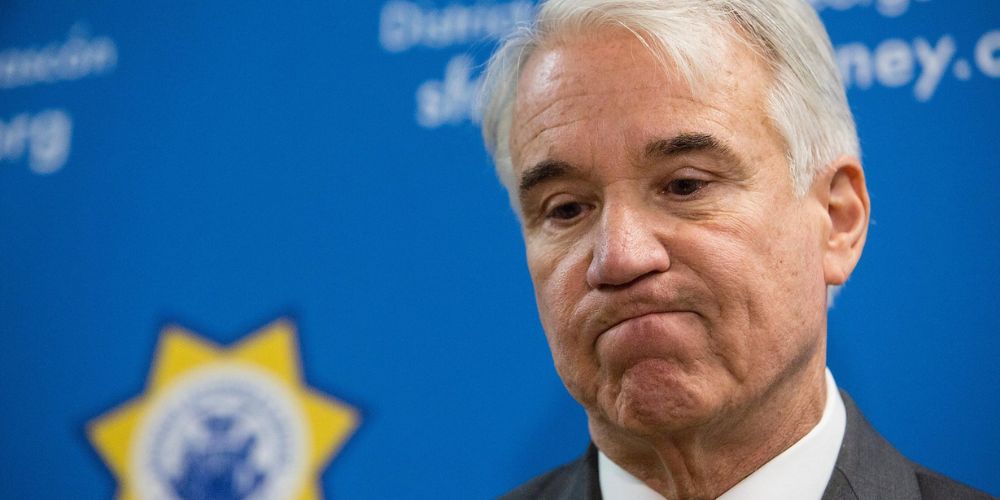 "We have an imperfect system," Gascon said on Tuesday, according to the Daily Mail.

"Not only here in LA. It's everywhere. I know this is frustrating to hear, and it may not help heal the wounds for some. We do not serve our community when we try to pretend that we can predict 100 percent of the time when these cases are going to occur," Gascon continued. "I urge everyone to ensure that we do not overreact here and that we do the things that we know that work."

The Soros-backed progressive DA explained that the gang member who killed the two El Monte police officers last week was given slap-on-the-wrist sentences because the majority of his previous crimes were "non-violent."

"We can 'if' this thing to death," Gascon said.

"There's certainly many opportunities for a catastrophe, a tragedy, to have occurred, but the reality is that when you have the history that this individual had, the outcome was appropriate under the circumstances," Gascon remarked.

Justin William Flores had a previous strike conviction and received two years-probation after he was charged with illegal possession of a firearm, according to Fox News.

The charges issued in February of 2021 would have placed Flores in jail for up to three years, but DA Gascon gave him a slap-on-the-wrist after reaching a plea deal.

However, Gascon stood by the lenient sentence due to the fact that the suspect's previous crimes were mostly "non-violent" offenses.

"And then almost a decade ago, he was arrested and convicted for burglarizing his grandparents' home for stealing a TV," Gascon said.

"He then remained pretty much away from the criminal justice system until the arrest in this particular case, where he was arrested for possession of drugs for personal use and possession of a gun," Gascon added.

"I blame the death of my son and his partner on Gascon," Santana's mother told Spectrum1 News.

During a Fox News interview, Santana's mother slammed Gascon for "giving criminals a slap [on] the hand."

"We need death row and three-strikes law to come back. We need to enforce our laws so more police officers don't die," she said.

"Gascon is just letting all these criminals out and they just keep doing one crime after the other. That guy should have been in jail," she said. "Los Angeles District Attorney George Gascon gives criminals more rights than police officers."