Zimmerman’s lawyer is claiming a phony witness was used in the infamous trial. 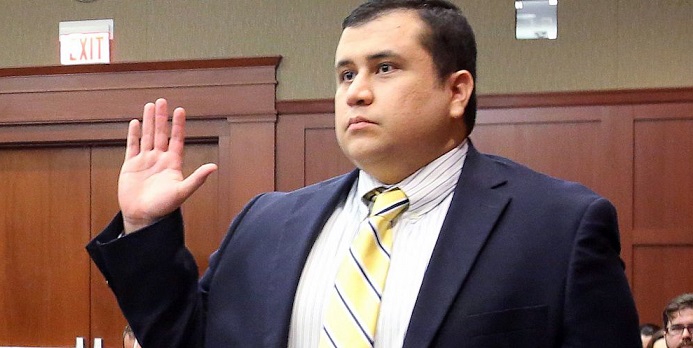 George Zimmerman is suing the family of Trayvon Martin and others involved in the 2012 murder case for roughly US$100 million. Zimmerman was originally charged for second-degree murder when he shot and killed Trayvon, who was unarmed.

Zimmerman was acting as a Florida neighborhood watch volunteer at the time of the murder.

When the incident took place, the 17-year-old black male had recently stopped at a store to buy a soft drink and some skittles. He was wearing a hoodie. Zimmerman spotted the boy and tackled him, allegedly believing that the boy had possibly robbed the store. There were no witnesses at the scene and the police were notified of the occurrence through a call from a neighbor nearby. The call was able to pick up cries for help as well as the gunshot.

Zimmerman’s lawyers claimed he was being attacked by Trayvon at the time and acted in self defence. Due to US gun laws allowing carriers to use their weapon if they feel threatened, Zimmerman’s arrest didn’t take place for six weeks after the incident.

The high profile case caused outrage across America as he was cleared of the charge because of Zimmerman’s claim of self defence and Florida’s stand-your-ground law.

Zimmerman’s new lawsuit claims that a fake witness was used in the case. His lawyer, Larry Klayman, said, “The prosecution’s key witness in his 2013 murder trial… was an impostor” who “provided false statements to incriminate Zimmerman based on coaching from others”

Zimmerman’s lawsuit has accused the family’s lawyer, Benjamin Crump along with Trayvon’s parents, of making 16-year-old Brittany Diamond Eugene record a statement implying that Zimmerman was at fault for initiating the altercation.

The suit stated that Brittany and Trayvon were on the phone together just moments before the incident took place.

The case claims that false information was given by Rachel Jeantel who is Brittany’s half sister. She allegedly claimed to be Brittany at the time of the trial and gave prosecutors false information attempting to incriminate Zimmerman.

Following the incident, California activist Alicia Garza made a Facebook post saying, “Black people. I love you. I love us,” followed by, “Our lives matter.”

This was the beginning of the social movement Black Lives Matter. Angry with the results of the case, Garza and some others began using “Black lives matter” as a hashtag.

The family’s lawyer, Benjamin Crump, said, “Trayvon Martin will forever remain in the annals of history… As a symbol for the fight for equal justice for all.”

George Zimmerman controversially sold the gun used to kill Trayvon at an auction. It sold for $250,000.