Democratic Senate candidate for Georgia Rev. Raphael Warnock has refused to comment on police bodycam footage showing the aftermath of a domestic dispute. 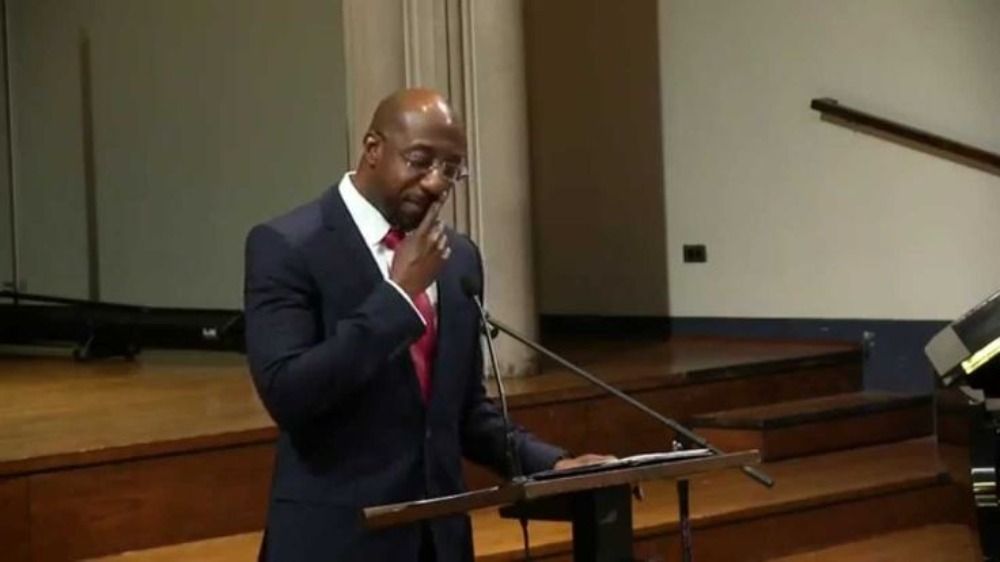 Democratic Senate candidate for Georgia Rev. Raphael Warnock has refused to comment on police bodycam footage showing the aftermath of a domestic dispute in which Warnock allegedly ran over his estranged wife's foot.

In a statement to CBS46 on Dec. 23 Warnock declined to answer questions about the footage or Ndoye's statements, saying, "I'm going to stay focused on my family, which includes their mother, and I'm going to stay focused on the people of Georgia, who, during a pandemic, are still waiting on relief all these months later while politicians including Kelly Loeffler are busy playing games."

Ouleye Ndoye allegedly called police after the altercation, which happened only days before Warnock filed paperwork for his senate run in spring 2020.

In the footage obtained by Fox News' Tucker Carlson, Ndoye can be heard telling a police officer that her husband is "a great actor" and "…phenomenal at putting on a really good show," after Warnock denied her allegations to police.

Ndoye told police that she "…tried to keep the way that he acts under wraps." She alleged that her injury was sustained while Warnock tried to drive away with their two children in his car.

Ndoye is employed in the office of Atlanta Mayor Keisha Lance Bottoms where she works to combat human trafficking.

The Atlanta Journal-Constitution first reported the domestic altercation when Warnock was preparing to run against Republican Senator Kelly Loeffler in a hotly contested senate race. Warnock is backed by state and national officials and the Democratic Senatorial Campaign Committee.

In the video, Warnock can be seen speaking with police and giving his side of the story as to how he ran over Ndoye's foot.

"She won't move and she's keeping the door... I'm thinking she's clear and I barely moved and all the sudden she's screaming that I ran over her foot. I don't believe it," said Warnock.

Warnock, the senior pastor of Atlanta's Ebenezer Baptist Church, explained to the officer that he and Ndoye are in the process of getting a divorce. Warnock added that the couple had an argument that morning about the divorce proceedings, which their two children observed.

Ndoye told the officer she wanted to file a police report. "This man's running for United States Senate, and all he cares about right now is his reputation," she said. "I've been very quiet about the way that he is for the sake of my kids and his reputation."

In the incident report from Atlanta PD, medical officials did not find visible signs of injury on his wife's foot, and Warnock was not charged with a crime. The couple finalized their divorce in May.