GiveSendGo, the Christian crowdfunding website, has agreed to host the Canadian truckers' Freedom Convoy donations after GoFundMe canceled the fundraiser and seized over $10 million in donations. 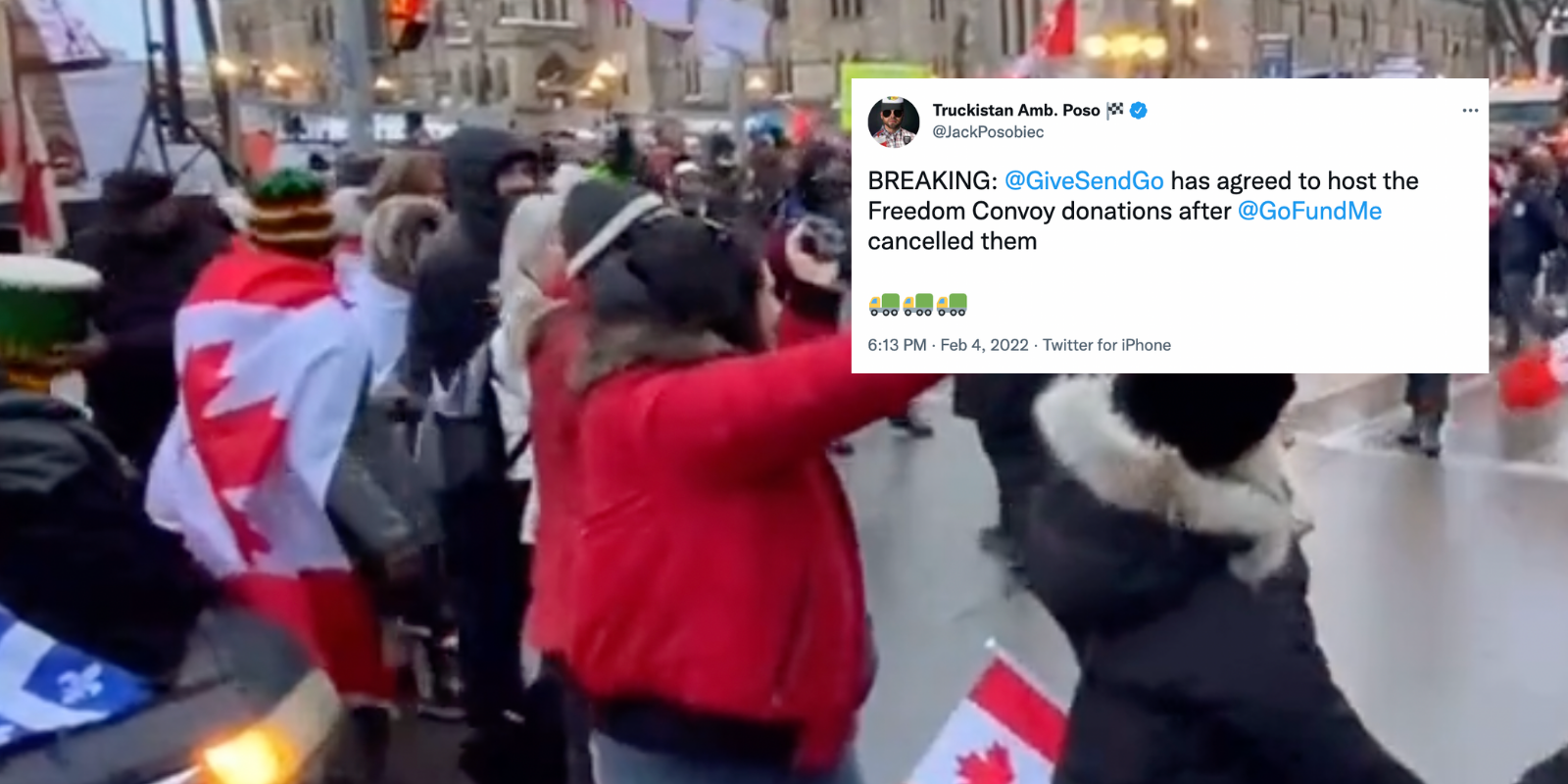 GiveSendGo, the Christian crowdfunding website, has agreed to host the Canadian truckers' Freedom Convoy donations after GoFundMe canceled the fundraiser and seized over $10 million in donations.

As previously reported by The Post Millennial, GoFundMe has taken down the Freedom Convoy fundraiser after significant pushback from those opposed to the protest.

The organization stated that it "now [has] evidence from law enforcement that the previously peaceful demonstration has become an occupation, with police reports of violence and other unlawful activity."

In a statement Friday, the company said "Following a review of relevant facts and multiple discussions with local law enforcement and city officials, this fundraiser is now in violation of our Terms of Service (Term 8, which prohibits the promotion of violence and harassment) and has been removed from the platform."

"Organizers provided a clear distribution plan for the initial $1M that was released earlier this week and confirmed funds would be used only for participants who traveled to Ottawa to participate in a peaceful protest," the statement added.

"Given how this situation has evolved, no further funds will be directly distributed to the Freedom Convoy organizers — we will work with organizers to send all remaining funds to credible and established charities verified by GoFundMe."