GOP will win in Pennsylvania and Wisconsin after gaining suburban support: poll

In the state of Wisconsin, Republican nominee Ron Johnson is up five points in the Senate race and Tim Michels is up three points in the governor's race. In Pennsylvania, the GOP have a strong foothold in the suburbs. 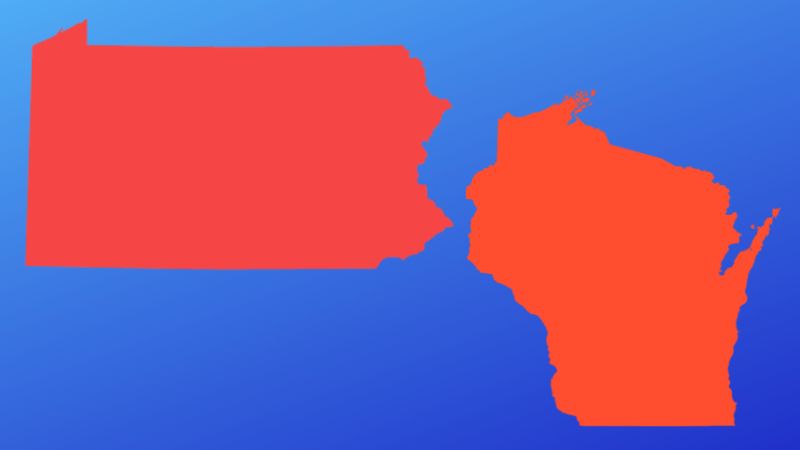 According to Real Clear Politics, in the state of Wisconsin, Republican nominee Ron Johnson is up five points in the Senate race and Tim Michels is up three points in the governor's race. In Pennsylvania, the site reports that the GOP candidates Dr. Mehmet Oz and Doug Mastriano have a strong foothold in the suburbs.

The revelation about the suburbs originates in underreported data from an ABC News/Washington Post poll that was released in late September. The primary analysis of the data focused on the confirmation that the economy and inflation are the most important issues for voters this cycle, followed by education and schools.

A remarkable template of this phenomenon is found in Pennsylvania as Philadelphia and Pittsburgh suburban and "exurban" households are changing their voter registration from blue to red in record numbers.

Philadelphia's Bucks County suburb has seen party registration swap at a 2 to 1 ratio.

The trend grows more pronounces the further west the city is within the state, such as the Pittsburgh suburb of Butler County where the switch is greater than 2 to 1.

The challenge for GOP Senate nominee Dr. Oz is fertilizing the base as many Pennsylvania republicans are wary of the former TV star.

In the race for governor, Democrat Josh Shapiro has spent more money on YouTube ads alone than Doug Mastriano has in his entire last financial report. Polling has Mastriano in striking distance as his campaign has spent about $3 million to Shapiro's $40 million.
ADVERTISEMENT
ADVERTISEMENT
Wisconsin Pennsylvania