The Fairness in Women’s Sports Act signed by Florida Governor Ron DeSantis Tuesday was reportedly brought about by pressure from "woke" corporations to allow transgender people in sports of their self-identified gender. 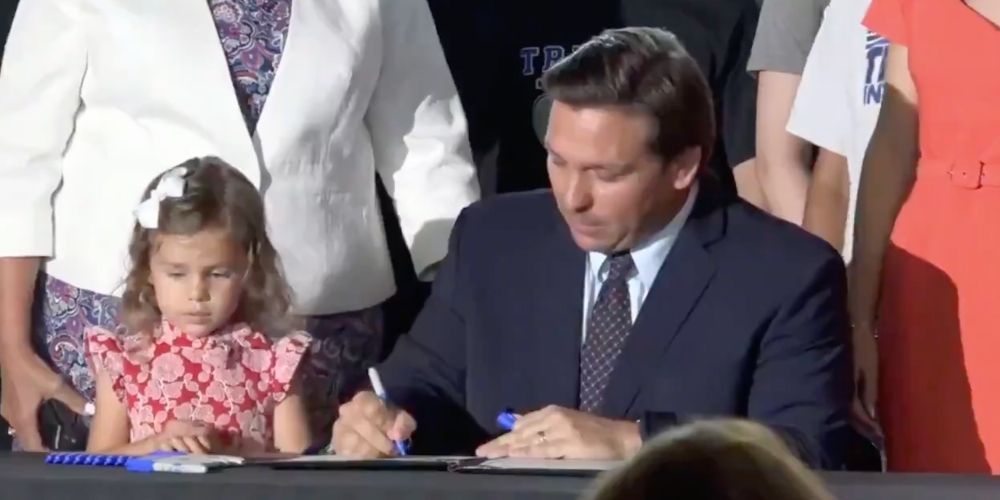 The act, which prohibits biological males from participating in sports designated for biological females, had reportedly received "very strong" corporate pressure for the Governor to abandon the bill, but Pushaw said that this pressure only "strengthened" his resolve. One of these corporations, the NCAA, stated in April that it would pull championships out of states like Florida that passed legislation banning transgender athletes.

"When he heard that the NCAA was kind of threatening that they would pull out of events here in Florida or in any state that signed these types of bills, that strengthened his resolve because he doesn’t want to be bullied or allow the people of Florida to be bullied by this organization or by woke corporations," Pushaw told the DCNF. "I know the corporate pressure is very strong from some sides on this issue and I wouldn’t be surprised if the corporate pressure was strong in other states as well."

"All of this pressure just makes Governor DeSantis even stronger in his conviction to do the right thing, to do what he knows will be best for the people of Florida," Pushaw continues.

During the press conference Tuesday in which DeSantis signed the act into law, he spoke on standing up to corporations to preserve the opportunities these sports provide women. "We believe that it is very important that the integrity of those competitions are preserved. That these opportunities are protected," said DeSantis. "In Florida, girls are going to play girl's sports, and boys are going to play boy's sports. Thats what we're doing, and we're going to make sure that's the reality."