Florida governor Ron DeSantis blasted Democrats and corporate media for their coverage of January 6th, calling it nothing more than political spin. 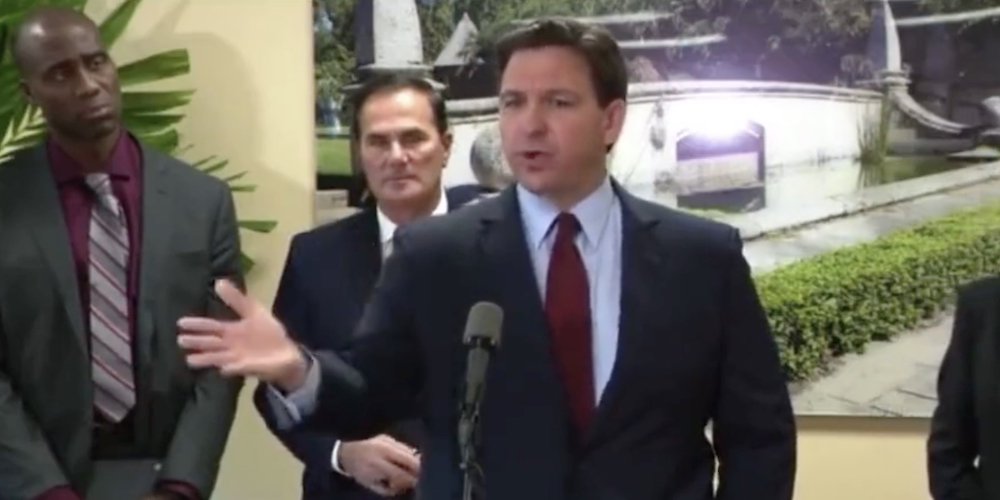 Florida governor Ron DeSantis blasted Democrats and corporate media for their coverage of January 6th, calling it nothing more than political spin.

During a press conference on Thursday, Florida governor Ron DeSantis took aim at Democrats as the country reckons with the events that took place in Washington, DC one year ago today.

The Capitol Riot has been labelled everything from an insurrection to nothing more than a protest, but Gov. DeSantis argued that in the end, it's not something the average voter even cares about.

"If this is what you said it was, why are you not charging people?" Gov. DeSantis began, referencing the fact that while many on the left claim the Jan. 6 riot was an insurrection, nobody has been charged with such a crime.

He then took aim at Democrats' planned memorial service, saying "it's gonna end up being just a politicized Charlie Foxtrot," a term used in the military to refer to a messy situation.

"I don't expect anything good to come out of anything Pelosi and the gang are doing," Gov. DeSantis continued. "If you have this January 6th Committee, why do we not know some of the people who we know were really involved in orchestrating this?"

"Christopher Wray was asked under oath what FBI was involved in that, and he would not answer the question, and so I think this is something that has really been used for political narrative and posturing purposes. I don't think it's been effective."

"People here in Florida, they care about inflation, they care about gas prices, and education, and crime, and all the key issues, but there is an obsession amongst the DC, New York journalist class, and I think it's because it allows them to spin a narrative that they want to spin."

Gov. DeSantis lambasted mainstream journalists for their hypocrisy, pointing out how many did not care how their Russian collusion conspiracy "may have damaged trust in institutions."

President Biden delivered a speech early Thursday morning discussing the events of Jan. 6 while not once mentioning Donald Trump, referring to him instead as "the former president."

"The Democrats," Trump said, "want to own this day of January 6th, so they can stoke fears and divide America. I say, let them have it because America sees through theirs lies and polarization."

Speeches are planned to take place throughout the day in Washington, DC.