Gov. Newsom signs bill allowing male inmates who identify as 'women' to be housed in women's prisons in California

California now allows for men to "opt-in" to women's prisons, removed protections protecting minors from sexual predators, and has opened the door to funding medical transition for minors. 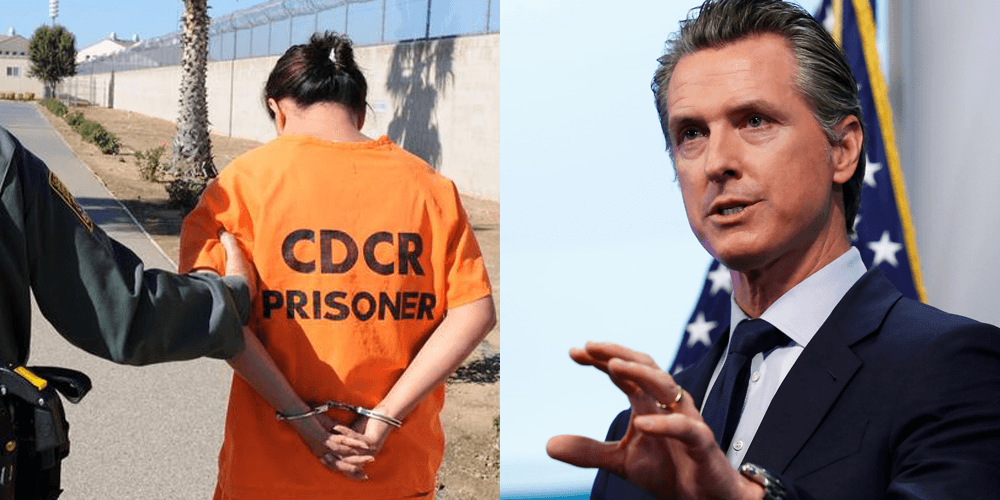 California's Governor Gavin Newsom signed a bill Saturday to end sex-segregated prisons in that state, to allow inmates to be housed based on the gender with which they identify as opposed to dividing them by sex.

The caveat of the bill is that this privilege is only for those inmates with which the penal system does not have "management or security concerns."

This collection of bills, designed with the aim of "strengthening protections for LGBTQ+ Californians," does little for women or children, as it opens female prisons to male-bodied persons, and enables tax payer funds to go toward the medical transitioning of minors. There is also funding to find the impact of COVID-19, which is an illness that primarily affects the elderly and those with existing health complications, on the LGBT+ community.

Newsom said that "with the bills signed today, our march toward equality takes an additional step forward. These new laws will help us better understand the impacts of COVID-19 on the LGBTQ+ community, establish a new fund to support our transgender sisters and brothers and advance inclusive and culturally competent efforts that uphold the dignity of all Californians, regardless of who you are or who you love."

SB 932, sponsored Senator Scott Wiener (D-San Francisco), gives public health officials a view of communicable diseases through the lens of gender identity and sexual orientation. Health data will collected on a persons gender identity and sexual orientation in addition to their additional health concerns. According to legislators, this "is essential to addressing health inequities and designing public health interventions that help California's diverse communities."

SB 132, sponsored again by San Francisco's own Senator Wiener, will allow inmates to self-select whether they wish to be housed in a men's or women's prison, based on self-ID alone. It will give people the option to house "people according to their own sense of where they will be safest." Moreover, it will make sure that inmates are addressed according to their preferred pronouns throughout their stay in California's prison system.

Weiner's primary concern in bringing the legislation was for male-bodied trans persons who would prefer to be housed in women's facilities, with women. Weiner thanked Newson, saying that SB 132 will protect "particularly trans women who are subject to high levels of assault and harassment in men’s facilities."

The Transgender Wellness and Equity Fund, AB 2218, was sponsored by Assemblymember Miguel Santiago (D-Los Angeles), and is what will give health authorities the requirement to track gender identity and sexual orientation so as to facilitate non-discriminatory practices in healthcare and housing. Stating that "COVID-19 has exacerbated these existing health care disparities," Santiago said that "this bill will help create programs where TGI-identified people can receive safe, competent, and inclusive health care and other social services."

AB 2218 provides "critical medical and direct supportive services for transgender, gender non-conforming and/or intersex people, otherwise know as TGI," and will open the door for state-funded medical transitions for minors. The bill is aimed at TGI persons, and there is no age limit on care.

This legislation builds on recently passed law, also sponsored by Weiner, intended to "end discrimination against LGBTQ young people" by making "exempt from mandatory registration under the act a person convicted of certain offenses involving minors if the person is not more than 10 years older than the minor and if that offense is the only one requiring the person to register."

California now allows for men to "opt-in" to women's prisons, removed protections protecting minors from sexual predators, and has opened the door to funding medical transition for minors.