More than 70 migrants who illegally crossed the southern border into Maverick County's Eagle Pass were ushered onto two large buses to be sent back to the border. 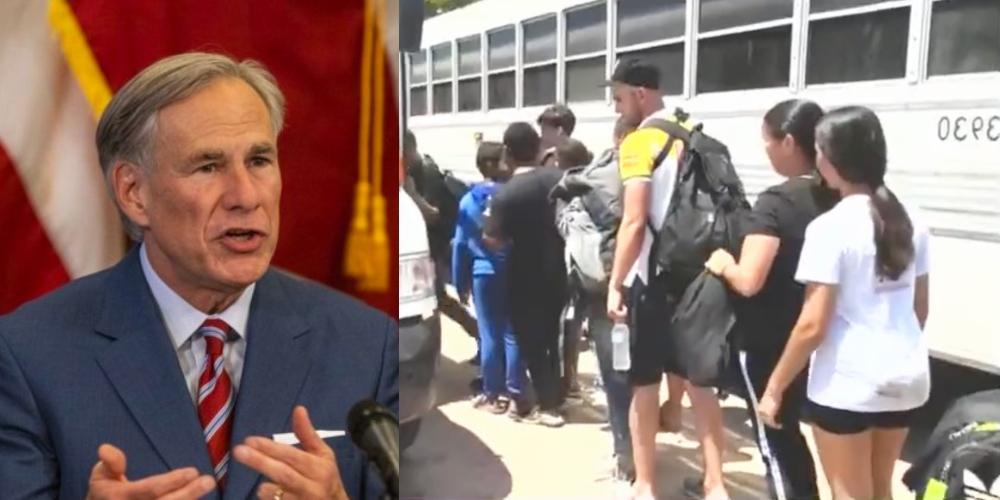 Texas Governor Greg Abbott cleared state authorities to return any illegal migrants they apprehend to the border, with a new executive order he signed last Thursday. Monday, the first major migrant bust under Executive Order GA-41 took place with over 70 migrants who illegally crossed the border into Eagle Pass, Tex., being returned to port of entry.

A Fox News report that aired Monday showed footage of more than 70 migrants who illegally crossed the southern border into Maverick County's Eagle Pass being ushered onto two large buses to be sent back to the border, where Customs and Border Protection (CBP) has to deal with processing.

According to the Center for Immigration Studies, the Biden administration has released over 756,000 illegal aliens into the United States, so it's likely that some may still end up being let into the country, while others will be deported under Title 42, the Trump-era policy allowing the US government to turn away asylum-seekers.

The midsized border town is no stranger to waves of undocumented aliens illegally crossing the border, often using ranches and other private properties to evade border patrol.

"That's a joke," one local ranch owner said to Fox's Bill Melugin when he asked what she thought about the Biden administration's claims that the border is closed, not open. "

I mean, they ought to come down here and fear for their lives. And they're not staying here… they're coming through my ranch because they're headed somewhere else… But the border's not closed; they're pouring across every day. They're destroying our property." The woman's property had been damaged the night before, with human smugglers driving through her fence in a stolen car. They were apprehended by DPS officers.

"Securing the international border is the federal government’s responsibility, but President Biden has refused to enforce the immigration laws enacted by Congress, including statutes mandating detention of certain immigrants who have claimed asylum or committed a crime," Gov. Abbott wrote in the executive order. "The cartels refer to these open-border policies as la invitacion ("the invitation"), reflecting the perception that President Biden welcomes immigrants to make the dangerous trek across our southern border."

Because state governments are not permitted to deport anyone, including non-citizens, Gov. Abbott's new approach to the migrant issue is essentially as far as he can go without breaking federal law.

"Texas is using every tool and strategy that we can. It is time now for Congress to step up under Article I, Section 8, of the United States Constitution," Gov. Abbott said on Fox News on Sunday morning. "Congress has the direct authority to call for an invasion and to do something about securing our border."