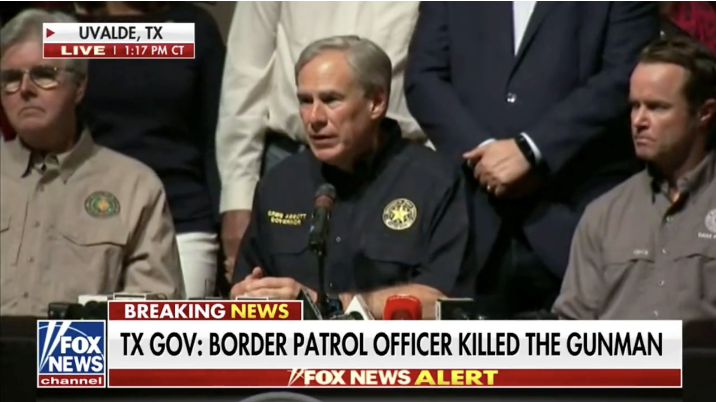 Governor Greg Abbott took questions during a press conference addressing the aftermath of the horrifying school shooting at the Robb Elementary School in Uvalde, Tex., including those on gun control and the state of Texas would implement laws to curb gun sales.

A reporter asked Abbot if "there are any type of gun measures, any type of gun laws at all" that he believed could be employed to curb the gun violence such as the kind seen in Uvalde on Tuesday.

"It's one of those issues that was widely discussed," Abbott said, "in the last several sessions, and in particular the 2019 session, and pretty much every issue was raised by one legislator or another, about potential ways to address shootings like this.

"And the consensus arose around those 17 bills that they hardened schools, they made school safer, they address mental health, and issues like that were the solutions that were agreed upon by legislators at that time. And that is going to be the similar approach that I perceive legislators will continue to focus on.

"We consider that what we did in 2019 to be one of the most profound legislative sessions not just in Texas, but we've seen in any state and addressing school shootings. That said to be clear, we all understand our work is not done. Our work will continue, and we will continue to discuss with legislators about all the potential avenues and pathways that we can take to make sure that schools will be even safer going forward.

"I hate to say this, but there are more people who were shot every weekend in Chicago than there are in schools in Texas. And we need to realize that maybe if we just implements tougher gun laws, it's gonna solve it: Chicago and LA and New York disprove that thesis.

"And so if you're looking for a real solution, Chicago teaches that what you're talking about, it's not a real solution. Our job is to come up with real solutions that we can implement," Abbott said.