WATCH: Harris' team says dealing with the border is not her job and focus is only on 'root causes' of migration

Harris' team "has emphasized that she's going to be focused more on diplomatic efforts... and trying to get at the root causes of why people are leaving these countries to begin with." 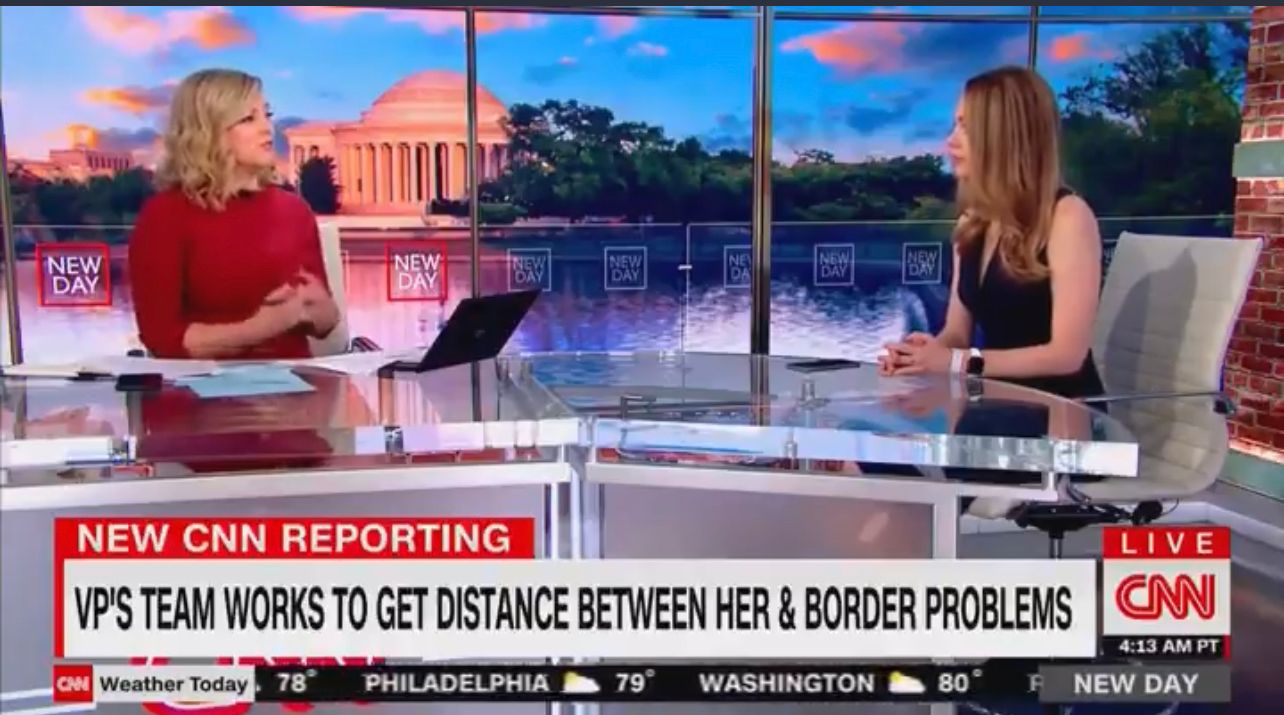 Vice President Kamala Harris' was tasked by President Biden with dealing with the crisis at the US-Mexico border, but now she's distancing herself from that crisis she cannot solve. Harris' team explained that Harris isn't supposed to be dealing with the border, that this was never her job. Instead, she's meant to handle the "root causes" of migration. For Harris, those include climate change and violence against LGBTQ people.

White House reporter Natasha Bertrand told CNN that Harris' "team has come out and said publicly: 'Look, we do not own the issues at the border, we are not managing the issues at the border, this is for the Secretary of Homeland Security, this is for the people on the NSC who are dealing explicitly with this issue in the United States. The Vice President is going to be dealing exclusively with diplomacy.'"

Harris' team "has emphasized that she's going to be focused more on diplomatic efforts, on dealing with the leaders of those countries and trying to get at the root causes of why people are leaving these countries to begin with."

Bertrand explained that the only reason Harris was expected to deal with the border crisis is because "media outlets" and "Republicans" framed it that way, but that this was never meant to be her role. Instead, Harris' team has continued to say that she was only meant to deal with the Northern Triangle countries, not the actual border itself.

Harris' team "saw her being linked to the border as a potentially politically perilous assignment and task, because obviously it's a very fraught situation and it's something that has vexed many, many previous administrations trying to figure out how to both come up with a humanitarian—Trump administration excepted—come up with a humanitarian approach to immigration while also saying that the border is closed and people need to come in the proper way," Bertrand explained as reasons to underscore just why Harris isn't dealing with the problem she was asked to deal with.

Harris has come under critique for refusing to set a time to visit the southern border. Now it seems she has no plans to go at all because she doesn't think it's relevant to her job.

Bertrand explained that she's "focused on everything from governance to climate change to tackling food insecurity in those countries to really get at what is causing these people to surge to the border."

Harris' plans so far include asking US companies to invest in El Salvador, Guatemala, and Honduras, as a way to make the countries more likely to retain their residents.