Felton's PR team said "next question please" and said that a question about the exclusion of the Harry Potter franchise's originator was "not relevant" to the series' anniversary. 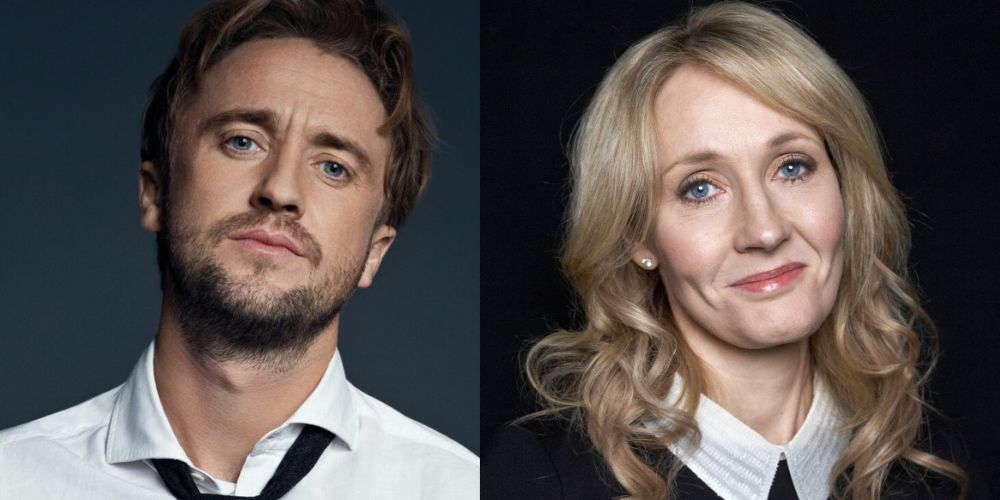 On the 25th Anniversary of JK Rowling's Harry Potter and the Sorcerer's Stone, Draco Malfoy actor Tom Felton's publicity team pulled an "expelliarmus" when Sky News asked the actor if it was "strange" that Rowling wasn't around for the franchise's 25th anniversary of the book she wrote.

According to The Daily Mail, Felton's PR team said "next question please" and said that a question about the exclusion of the Harry Potter franchise's originator was "not relevant" to the series' anniversary.

The interviewer said that Felton, like stars Daniel Radcliffe, Rupert Grint, and Emma Watson are "still very much the face of the franchise" but said "JK obviously has sort of more of a back seat now" before asking if it were strange that she wasn't out in front for the celebrations of her own work.

Tom's silence and his PR team's diversion are an attempt to avoid talking about the "controversy" around the author's stance on biological sex.

In June of 2020 JK Rowling tweeted, "If sex isn’t real, the lived reality of women globally is erased" and continued "erasing the concept of sex removes the ability of many to meaningfully discuss their lives. It isn’t hate to speak the truth."

The establishment media, fueled by the relatively new phenomenon of transgender ideology, uniformly condemned Rowling as did many of the young stars of her movies.

Emma Watson was especially vocal on Twitter, vigorously typing her support for the trans movement while denouncing Rowling, who made her career.

The backlash has only grown since Rowling first decided to defend women's rights. In 2021 she was excluded from a 20 year reunion celebrating the release of the 2001 "Harry Potter and the Sorcerer's Stone" movie. She's been harassed and doxxed and now cannot be spoken of about the material she created.

Despite the shunning and intimidation Rowling has been undeterred in her defense of women. Rowling, a survivor of male violence, has been particularly vocal about not letting biological men who identify as transgender serve time in women's prisons.