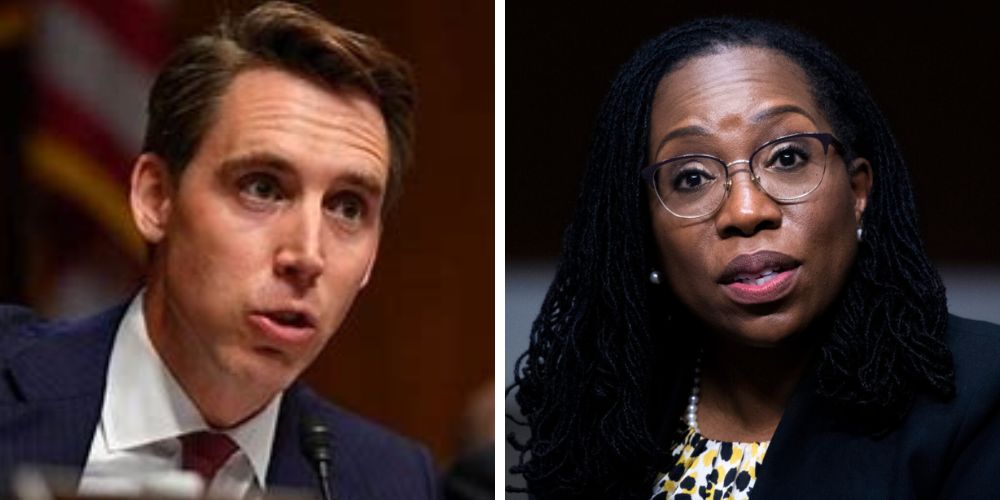 "As far back as her time in law school, Judge Jackson has questioned making convicts register as sex offenders - saying it leads to "stigmatization and ostracism." She's suggested public policy is driven by a "climate of fear, hatred & revenge" against sex offenders," Hawley explained with documents to support the claims.

In her time on the US Sentencing Commission, Judge Jackson said she "mistakenly" assumed that child pornography offenders are "pedophiles" and she wanted "to understand this category of nonpedophiles who obtain child pornography," documents show.

In United States v. Cooper, in which the criminal had more than 600 images and videos and posted many on a public blog, the Guidelines called for a sentence of 151-188 months. Judge Jackson settled on 60 months; the lowest possible sentence allowed by law.

In United States v. Downs, the sex offender posted multiple explicit images to an anonymous instant messaging app, including an image of a child under the age of 5. The Guidelines recommended 70-87 months. Judge Jackson gave him the lowest sentence allowed by law, 60 months.

Biden's Supreme Court nominee once authored an unsigned "Note" in the Harvard Law Review arguing that America's judicial system is "unfair" to sexual predators, according to findings discovered by an American Accountability Foundation investigation.