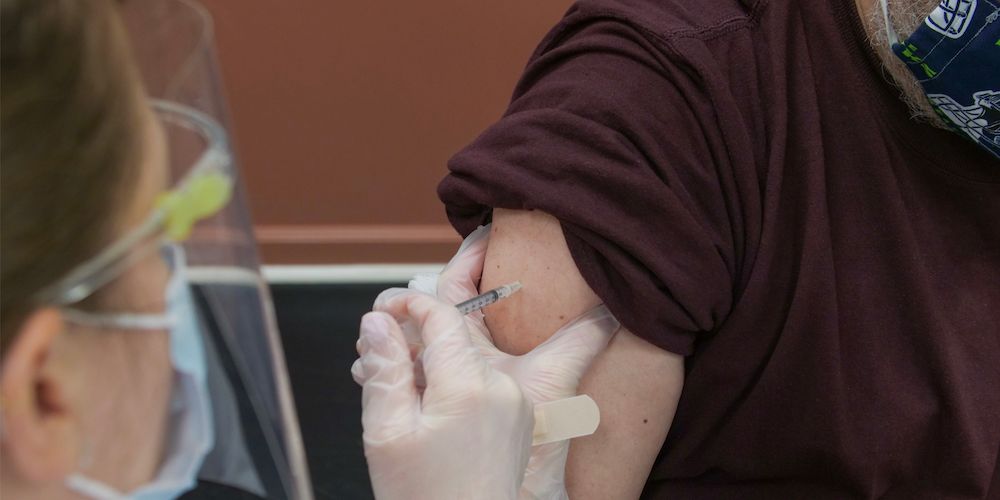 The United States' Food and Drug Administration (FDA) has yet to give full approval to any of the vaccines developed to fight COVID-19. Given the urgency of the situation, as NBC News reports, they were given authorization for "emergency use," in order to speed up the process by which Americans could get vaccinated.

Of the three vaccines given emergency authorization, Pfizer-BioNTech was first, attaining such status in December 2020. The Pfizer vaccine is expected to be the first to receive full authorization as well, according to NBC, no later than January 2022.

As the highly-contagious Delta variant continues to spread, health officials are urging people harder than ever to get vaccinated. According to the CDC, 68.3% of adults in the United States have received at least one shot, however despite their best efforts, there is still a portion of the population who are unvaccinated, and vehemently opposed to changing that. Data from the CDC also shows that vaccination rates are on a downward trend. Given these facts, many feel as though mandates are needed.

Vaccine mandates have already been rolled out in many parts of the country. As summer comes to an end and students return to class, it is likely that schools will be among those requiring vaccines. Indiana University, for example, has already implemented such policies.

As NBC reports, the Biden administration has thus far been opposed to a federal vaccine mandate, however they have expressed support for local authorities to make such decisions. President Biden's former COVID Response Coordinator Andy Slavitt suggested that once vaccines are given full FDA approval, this could change. "I think once the vaccines go through full FDA approval," he said, "everything should be on the table, and I think that everything will be on the table at the level of municipalities, states, employers, venues, government agencies." A federal vaccination mandate has never been implemented, however, and would likely be tested in court.

Nonetheless, even if the government does not mandate that citizens be vaccinated, it is quite easy for private companies to do so. As the economy comes back to life and more people return to the workforce, it is likely that more businesses will require employees, and possibly even customers, to be vaccinated.

Pushback against mandates have been strong. According to NBC, "at least 20 state legislatures have passed bills or are considering measures that would ban businesses and state and local governments from placing restrictions on unvaccinated people."

Vaccine mandates are a contentious issue across the country, however health officials have stated that perhaps the only way to avoid them is to voluntarily get vaccinated as soon as possible.