The impact of the crash sent at least two vehicles careening into a pole at a gas station on the southwest corner of the intersection before bursting into flames. 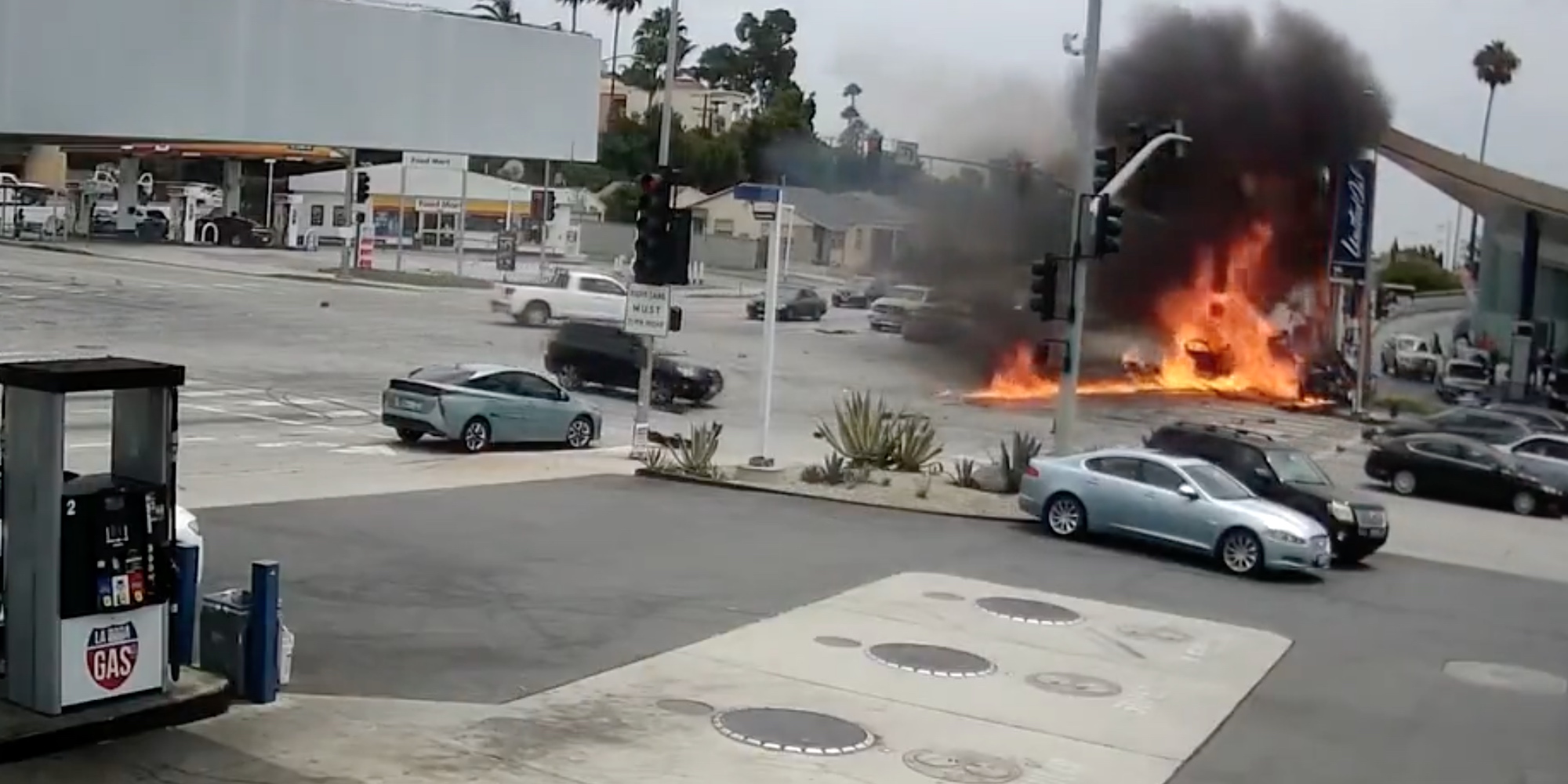 At least six people have been confirmed dead, and multiple others injured.

According to FOX LA, the crash took place at the intersection of South La Brea and Slauson avenues around 1:30 pm.

Several vehicles were involved, and the scene was quickly closed off as first responders investigated.

California Highway Patrol originally reported six dead, including a pregnant woman and an infant, but that number was later reduced to five. In the evening, however, a body was discovered in a charred vehicle, bringing the death toll back up to six.

Surveillance video of the incident was released on Twitter later in the afternoon.

In the video, heavy traffic can be seen moving west on Slauson Avenue with vehicles on La Brea stopped in both directions waiting for the light to turn green.

All of a sudden, a black Mercedes speeds southbound on La Brea before plowing through the cross-traffic.

The impact of the crash sent at least two vehicles careening into a pole at a gas station on the southwest corner of the intersection before bursting into flames.

The wreckage left a fiery streak on the road, with thick black smoke billowing up into the sky.

According to FOX LA, very little information has been released about the alleged driver of the Mercedes, only that she is a woman in her 40's.

She was critically injured in the crash, and is expected to face charges following an investigation by California authorities.