The opening video of former President Donald Trump's rally speech on Jan. 6 played by House Democrats at the second impeachment trial omitted Trump's instruction for protesters to march "peacefully and patriotically" on the Capitol. 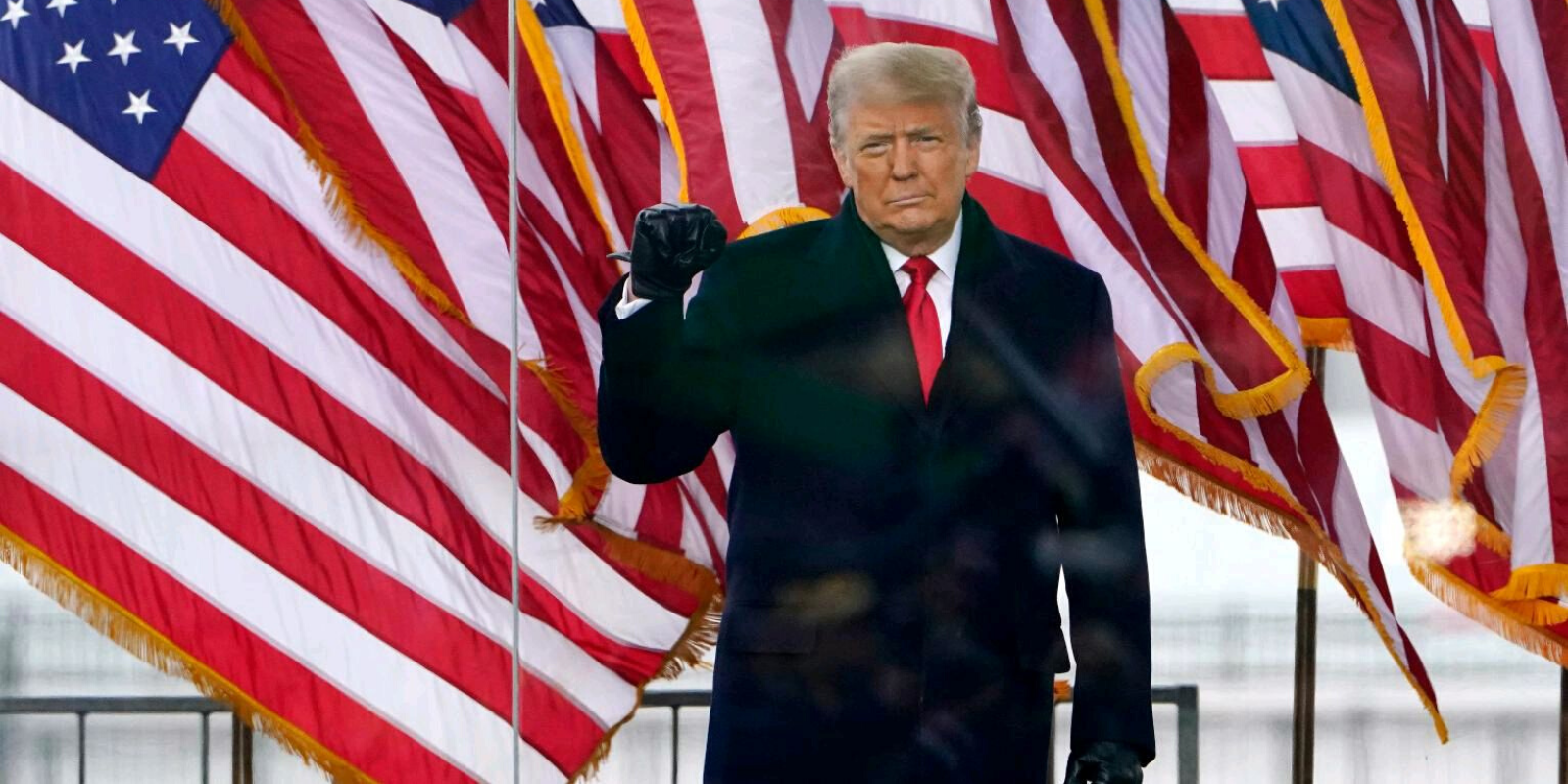 The opening video of former President Donald Trump's rally speech on Jan. 6 played by House Democrats at the second impeachment trial omitted Trump's instruction for protesters to march "peacefully and patriotically" on the Capitol.

In Tuesday's opening statements, lead impeachment manager Jamie Raskin (D-MD) played a montage of the events that occurred more than one month ago, including Trump's remarks at the "Save America" rally delivered on the day that Congress was set to certify the 2020 presidential election results.

Raskin encouraged his colleagues to consider the purported consequences of not finding Trump responsible for the events that transpired.

"If we buy this radical argument that Trump's lawyers advance, we risk allowing Jan. 6 to become our future," Raskin insisted. "What will the January exception mean to future generations if you grant it? I'll show you."

Raskin presented visuals displaying the tens of thousands of Trump supporters at the Ellipse as the president echoed election fraud claims. The imagery was juxtaposed by rioters breaching federal property before the conclusion of Trump's speech. Then the scene returned to the later portion of Trump's address.

"If that is not an impeachable offense, then there is no such thing," Raskin narrated at the exhibit's conclusion.

Text accompanied the ending: "At least seven people lost their lives, more than 140 law enforcement officers suffered physical injuries, and many more have been severely impacted by their experiences that day."

After the clips aired and circulated social media, Right Side Broadcasting Network (RSBN) exposed how the compilation was edited to leave out Trump's call for peaceful protest moments before rioters stormed the Capitol building.

"I know that everyone here will soon be marching over to the Capitol building to peacefully and patriotically make your voices heard," Trump declared almost 20 minutes into his hour-long speech, according to the transcript.

Donald Trump Jr. also spoke out about the "deceptively edited" video used by House Democrats to make their case on the Senate floor.

The former president's son highlighted how Rep. Lee Zeldin (R-NY) pointed out the editorialized maneuver on Newsmax TV. "In telling their argument, they aren't going to give the full story," Zeldin emphasized to host Sean Spicer.

"They're basing this primarily on the argument that the president gave a speech that day that incited a riot, and in so many ways, that's actually been disproven by now," Zeldin added.

"If you're going to start playing the video on what the president said, how do you cut it out right at the point where the president is telling his supporters to do so peacefully and patriotically?" Zeldin questioned the prosecution's argument.

Even the left-aligned Newsweek's fact-checking department determined that RSBN's allegation is true. "The video played at Trump's trial Tuesday showed the violence that occurred at the Capitol but does not include that part of his speech," ruled Newsweek.

Meanwhile, an opinion article published by the Washington Post found that the "powerful" video presentation "alone makes an utterly damning case" against Trump. The piece repeated five times that the "mob listened" to Trump's "exhortation" that desperate times call for "different rules" and "carried out his directive."

BuzzFeed News claimed that the "stunning" video portrayed the "full narrative of the day" and featured "segments from the totality of Trump's comments."

CNN's Chris Cillizza maintained that those 13 minutes "should" change the impeachment trial. "What that video showed is what the impact of lies and the weaponizing of partisanship, resentment and victimhood from the nation's most powerful leader can create: something pretty damn near a coup," he penned.

"I find it unfathomable that any senator—Republican or Democrat—could watch that 13-minute video and not be changed by it," Cillizza declared. "Not see what Trump did as seeding and then activating an angry mob conditioned over years to believe that the lie was the truth. Not see that another presidential candidacy for the 45th President would mean a clear and present danger for our surprisingly fragile democracy."