The event was a collaboration of several different cultural and human rights organizations, with attendees representing Hong Kong, Tibet, Uyghur, Taiwanese, Vietnamese, and mainland Chinese communities, among others. 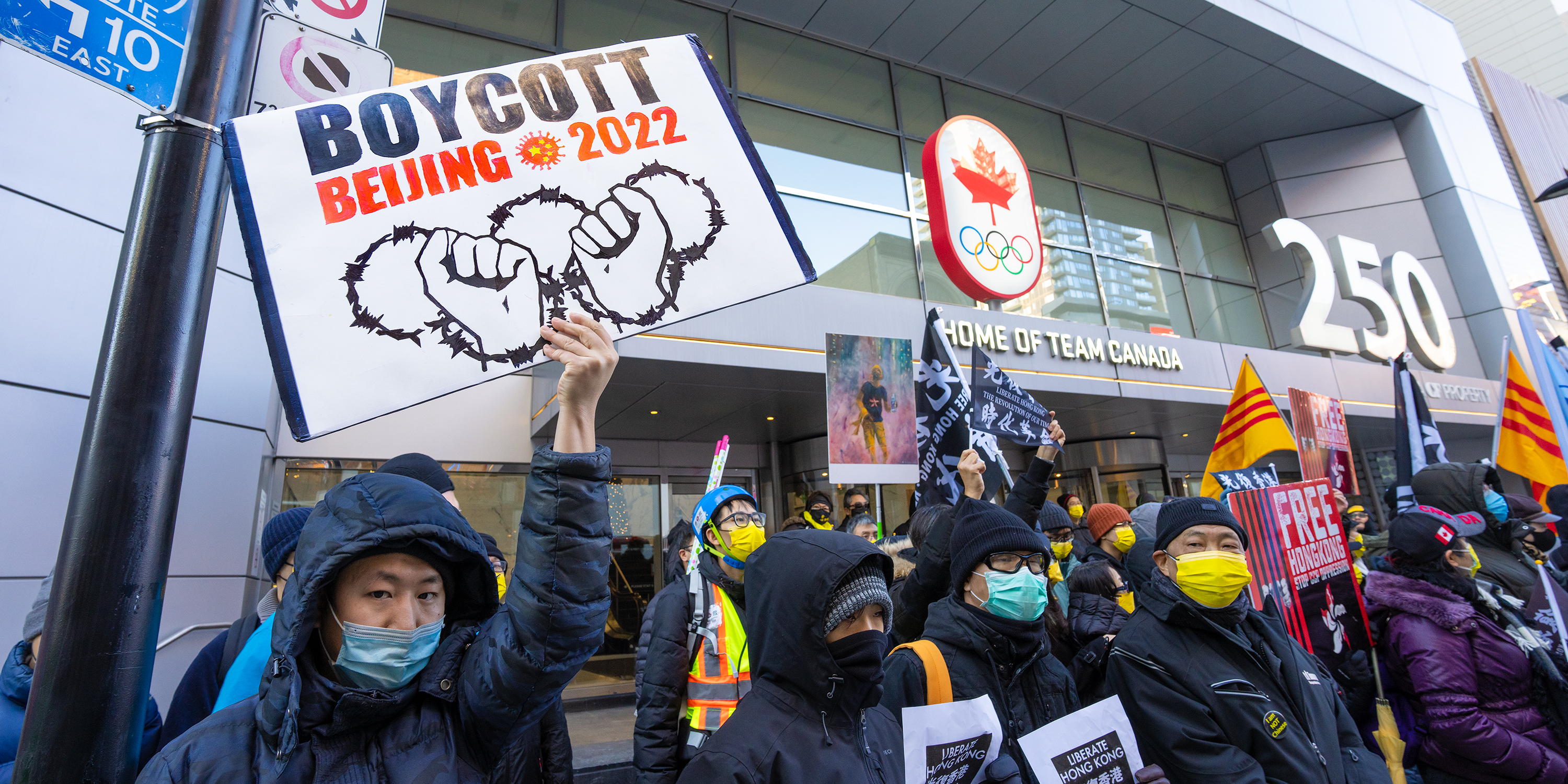 On Sunday, around 100 people gathered outside Old City Hall in Toronto to condemn the Chinese Communist Party's human rights violations and call for the Canadian Olympic Committee and Team Canada to go completely boycott the Beijing Olympics, as opposed to the recently-announced diplomatic boycott.

The event was a collaboration of several different cultural and human rights organizations, with attendees representing Hong Kong, Tibet, Uyghur, Taiwanese, Vietnamese, and mainland Chinese communities, among others.

Gloria Fung of Canada-Hong Kong Link said while she supports the decision of Canada and the Five Eyes allies to diplomatically boycott of the Beijing Olympics, it doesn’t go far enough.

"For us, no rights, no games. China does not have the legitimacy in hosting such an international event with its very bad record of violating human rights. We should not provide this international platform for China to advance its propaganda, and portray a rosy picture of this rue within China."

Fung continued: "Unfortunately I think a lot of governments are too weak to come up with a full boycott, but now with this diplomatic boycott, it’s just a start. We will call upon athletes from around the world to show their protest of the dictatorial regime in China during the games."

Sheng Xue, Vice President of Federation for a Democratic China, said Canada needs to do more to show it stands to protect human rights.

"This is the bottom. This is not enough. This is good, but what is a diplomatic boycott? It means for Trudeau himself or some officials, that they don’t go to Beijing," she continued. "Canada can do more, because Canada is a member of the International Olympic Council, and we should have a stance not to allow China even a second chance to have Olympic Games."

Michael Stainton, President of the Taiwanese Association for Human Rights Canada, said "We are here today to show our solidarity with all of the other groups who do not enjoy the freedom which Taiwan still enjoys, and also to appeal for their support for Taiwan as it comes under increasing threats from China."

While Stainton believes there is "very little" that can be done to encourage a full boycott of the "genocide games" at this point, there is another sporting event he believes could still be moved: the 2022 Gay Games, which have been postponed until 2023. Hong Kong was chosen to host the event back in 2017.

"Things in Hong Kong have changed terribly since then, and many gay and lesbian organizations are asking them to change the venue of those games, but so far the World Gay Games just like the International Olympic Committee is refusing to consider changing the venue."

During a speech, An Nguyen who was present on behalf of the Viet Tan organization, referenced how China said that Canada isn’t qualified to be a "human rights preacher" given its crimes against Indigenous people. "Two wrongs cannot make a right," she said. "Canada can be on its truth and reconciliation journey, and at the same time recognize the atrocities that are being committed in China."

Following a series of speeches, the group marched toward the Canadian Olympic Committee office and spent several minutes shouting demands that Team Canada boycott the Beijing Olympics. The event then concluded without incident.