According to witnesses, the activist who originally hurled the first racial slur, is a known Antifa activist who earlier this year allegedly assaulted a student in Olympia, WA. 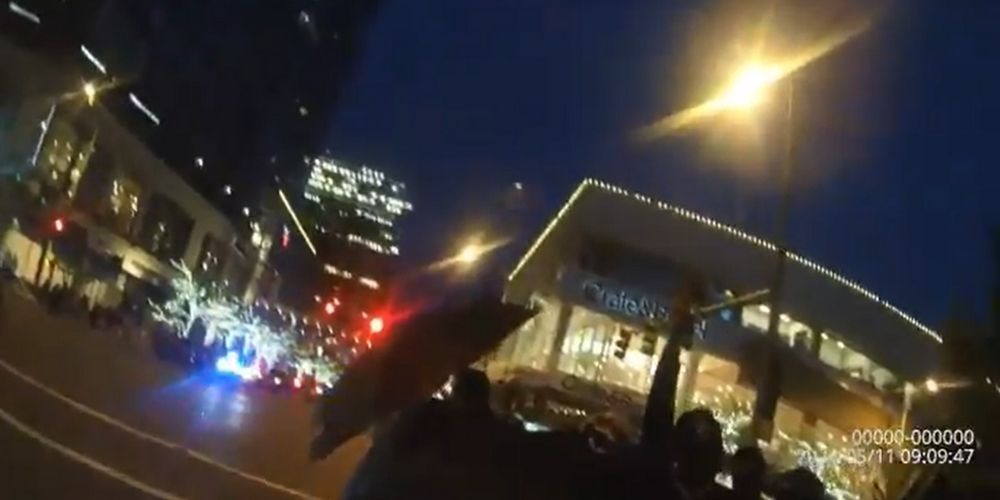 Antifa was protesting a law enforcement appreciation dinner hosted by the Billy Graham Evangelistic Association when the statement was made.

Some push back can be heard from bystanders including one who said, "That’s literally racist."

Another bystander said, "I want black and white people to get along."

The recipient of the threat then asked, "I want to know if there is anyone in your group who would agree with that statement?" to the group of Antifa militants assembled on the street, cowering behind umbrellas.

Several of the Antifa activists’ hands shot up in agreement with the statement while another said, "I would agree with that statement."

According to witnesses, the activist who originally hurled the first racial slur, is a known Antifa activist who earlier this year allegedly assaulted a student in Olympia, WA.

In March, a group of around 20 militants dressed in black and wearing masks gathered on Capitol grounds to disrupt the second amendment-themed rally hosted by TPUSA's local Washington chapter. The small, conservative rally was attended by around a couple dozen high school students.

The same Antifa activist from the Bellevue event on Tuesday, threw a bottle of water at the back of the head of a high school student. Another militant from the Antifa group told the students that she can't wait to see them "lynched."

"All of you! Each and every one of you are going first. I'll have 20 of them lined up," she shouted.

The Antifa militants who marched in Bellevue, WA Tuesday night, also lit American flags on fire and chanted "death to America." One of them was arrested for allegedly assaulting a bicycle officer.