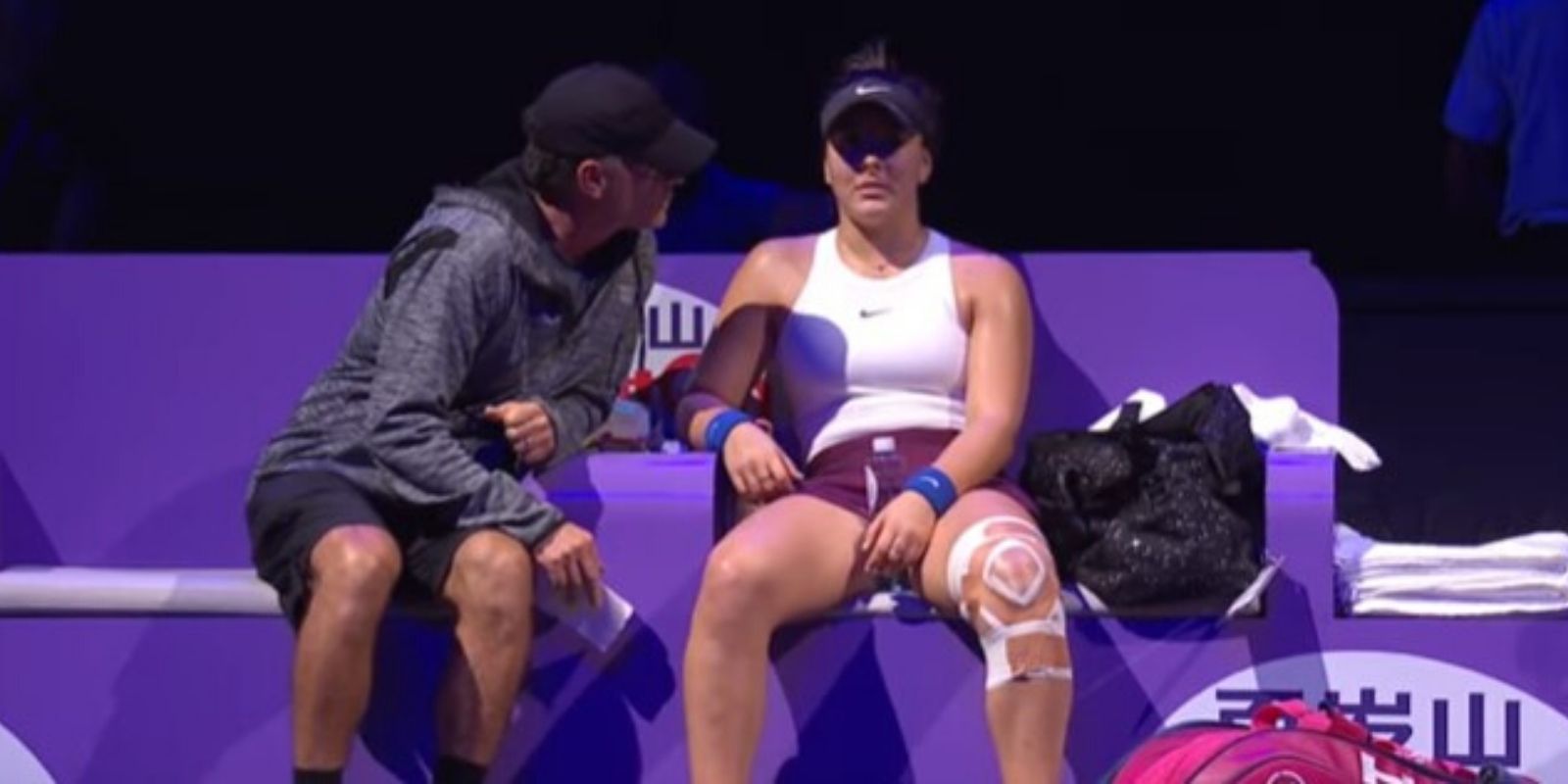 In her last match, Andreescu began strongly, leading 2-0 in the first set against her opponent Karolina Pliskova. Sometime during the third game, Andreescu says she “heard her knee crack” and began limping, eventually calling a long medical time out.

Medical staff taped her knee up and she begun playing again. Unfortunately, the injury was too much for Andreescu to power through, and she was forced to retire following the fifth game, being unable to even move to return Pliskova’s serve.

“I stepped weirdly on a return,” Andreescu told reporters after the match. “I heard my knee crack. It kind of went inwards. Putting pressure afterwards on it really bothered me. I could barely bend my knee.

“But I fought with the pain as much as I could. At some point an athlete has to say ‘stop’ and just listen to their body. That’s what I did.”

Andreescu says she will be getting an MRI to assess the injury and hopes to be back on the tennis courts soon.

Her opponent, Karolina Pliskova, says she “just wanted to win”, but would have preferred a more honourable victory. She offered little condolences for Andreescu.

“I don’t know how bad it is,” Pliskova said of Andreescu’s injury. “I was just ready that she was going to call physio because so far I think she has been calling physio in every match. It was not really a surprise for me.”

“Doesn’t matter how bad injured she is, how bad she feels, I just wanted to win, get this victory to keep myself in the tournament, which happened, of course not in the best way,” Pliskova added.

Despite the loss, Andreescu says she’s staying positive and “really can’t complain,” having already beaten the world’s best, Serena Williams, and distinguishing herself as one of the top contenders in the world in a tremendous breakout year.

“I made history in Canada. I won my first slam. My game just keeps getting better and better,” Andreescu said. “The thing with me, though, is that I’m never satisfied. Even looking back at that, I still want to do well right now.

“But I have to look at the positives. Hopefully I can recover quick after this. Who knows if I can play. We’ll see. If not, then I’m going to have a good pre-season, good off-season, be ready for 2020.”