Don Cherry talked on his podcast, Grapevine 2.0, about how he misses hosting Coach’s Corner on Saturday nights and reminisced about his former co-workers. 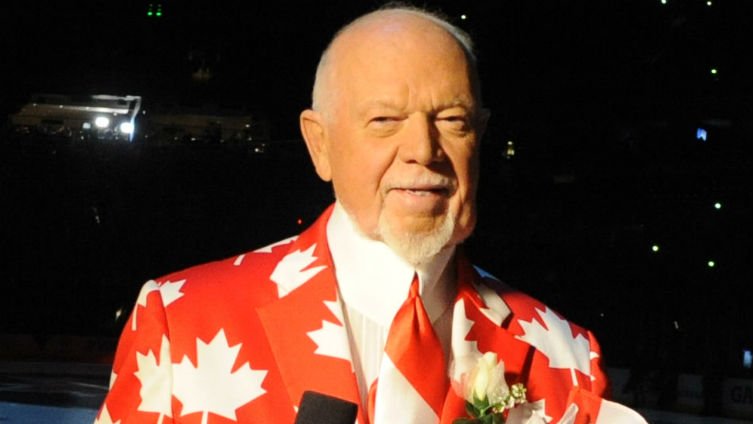 Cherry wrapped up another edition of his podcast Grapevine 2.0 Monday. His son Tim was alongside him and they talked all things hockey, until towards the end when Cherry got a little wistful about his time as the nation’s Saturday night coach. Cherry began to reminisce about his days at Coach’s Corner near the end of the podcast, and how he misses it.

“Well Tim, it’s been seven weeks since I was let go, well let’s say let go [from Coach’s Corner] and a lot of people ask me do you miss it? And I say, ‘Well if you do something for close to 40 years of course you miss it. I thought I was gonna go on and do it forever. And you know, it was fun this year. I was on a roll. I really felt good this year. And to be honest with you, I do miss it on Saturday nights.”

Cherry went on to show his gratitude for his coworkers, highlighting some of the staff working behind the camera, “And I miss a lot of the people. I miss Sully, who was one of the camera men, we used to sit there after and work on it, make it look good. I miss Andrew, the lighting guy. I think Barbaba Walter’s said it best when she said, “I’ll last as long as the lighting guy is good[laughs]. Andrew did a good job, he learned from Tony.”

Cherry did not mention his former co-host, Ron MacLean, who he previously said he was disappointed in after MacLean apologized for not intervening live on air to Cherry’s “you people” comment. Many fans of the show said it was a betrayal of MacLean to not stick up for his co-host of over 30 years, instead caving to the outrage mob on social media.

“Cathy used to do Coach’s Corner, I don’t know what I’d do without her and Kevin, the floor director, I mean… Stanley, the stat guy and Lilley, did the make up and you know.”

“A lot of people think you know, are you bitter? I’m not bitter… it was time to go. They did their thing and I had to do my thing. I’m not bitter about the whole thing at all. Time to go. But I do miss it.”

Cherry’s Grapevine 2.0 remains one of the most listened to podcasts in Canada, at one point beating Joe Rogan’s podcast for top spot in the country.