Taxpayer funding of Pride from the Idaho Department of Health and Welfare was more than $100,000 on Pride events in 2021. 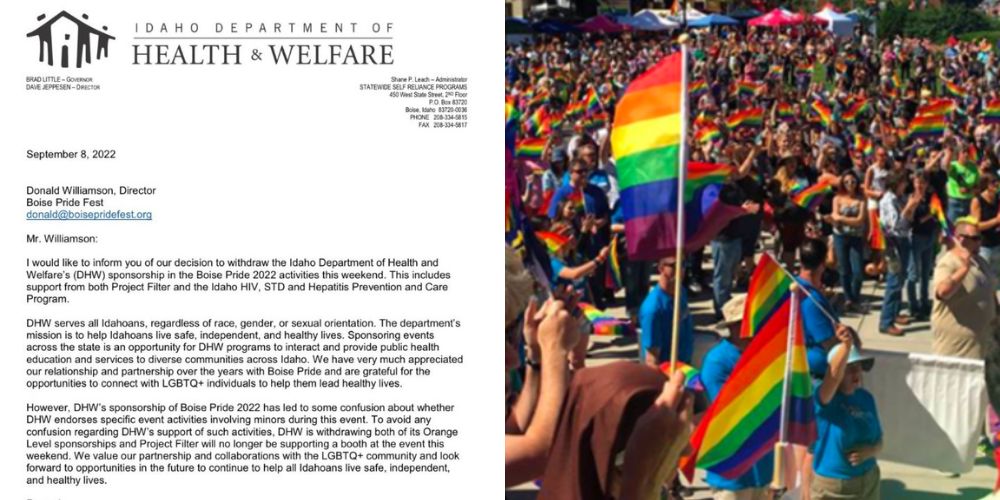 The Idaho Department of Health & Welfare withdrew its sponsorship on Thursday for the City of Boise's Pride festival, which offers multiple programming opportunities for children, and that feature children including afternoon drag shows, as well as a Drag Story Time, and an event called Drag Kids.

According to a letter from the department, its sponsorship of the event has "led to some confusion about whether DHW endorses specific event activities involving minors during this event." The department withdrew its orange level sponsorship which included the sponsorship of their Project Filter and the Idaho HIV, STD and Hepatitis Prevention and Care Program, as well as their booth at the event.

Taxpayer funding of Pride from the Idaho Department of Health and Welfare was more than $100,000 on Pride events in 2021.

The grocery chain Albertson's remains the primary sponsor of the event, according to the Idaho Freedom Foundation, in addition to many other corporate sponsors.

According to the Idaho Freedom Foundation, "The City of Boise is just one of several public entities that are donating taxpayer dollars to fund this event. Other government sponsors include the University of Idaho College of Law, the College of Western Idaho, and Central District Health."