"HB 675 undermines parental rights and allows the government to interfere in parents' medical decision-making authority for their children." 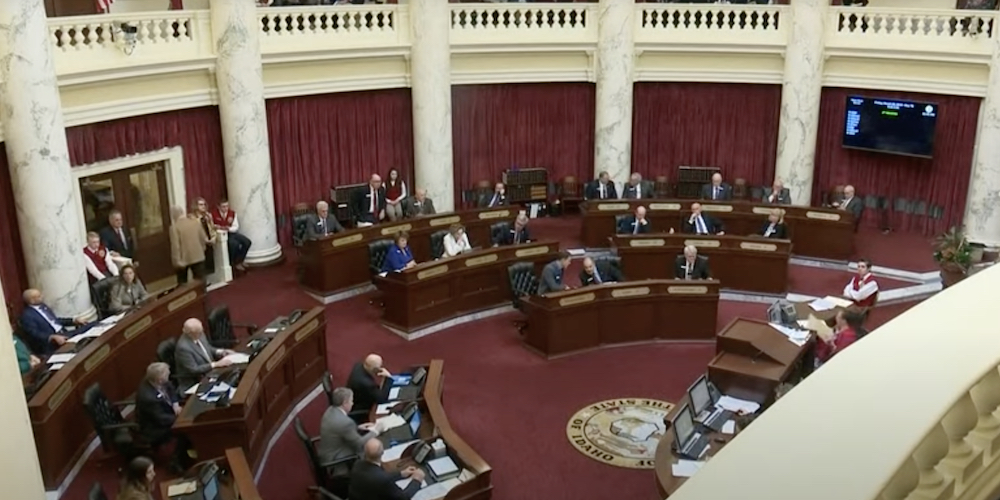 Idaho's Republican-controlled Senate has blocked a bill that would have made it illegal to provide "gender-affirming" surgery for transgender minors.

In February, the Idaho House of Representatives introduced a bill that would amend existing legislation regarding genital mutilation of a female child to include top and bottom gender-affirming surgery performed on minors of both genders.

The House passed the bill March 9, but it was halted by the Senate one week later.

If the bill was passed, "treating" a transgender child in Idaho, or even helping the trans-identifying child leave the state to seek "treatment" in another state, would have been made a felony punishable by up to life in prison, according to The Hill.

Following the vote on Tuesday, the Idaho Senate Republicans released a statement explaining the state GOP's opposition to the bill. In it, the Republicans highlighted the fact that while their stance against gender reassignment surgeries and similar procedures had not changed, the bill's wording interferes with parental choice.

"HB 675 undermines parental rights and allows the government to interfere in parents' medical decision-making authority for their children," the statement from the Idaho Senate Republicans reads. "We believe in parents' rights and that the best decisions regarding medical treatment options for children are made by parents, with the benefit of their physician's advice and expertise."

The state's Republicans go on to suggest that, "The bill's language in its current form could be interpreted to extend into the realm of medically necessary care for kids that is in no way related to transgender therapy, but serves children with highly specialized medical needs." The state GOP added that, if the proposal was passed, the legislation would have had "unintended consequences."

The bill's author, Idaho state Rep. Bruce Skaug, argued that the bill was "about protecting children." Skaug said, "If we do not allow minors to get tattoos, smoke cigarettes, and drink alcohol or sign legal contracts why would we allow them to make decisions to cut away organs based on their feelings during puberty time." The state represenative added: "That's wrong, they're not ready for that."