Under the alias Alford Nelson, Samuels voted in the January 2022 and March 2022 special elections in Broward County. 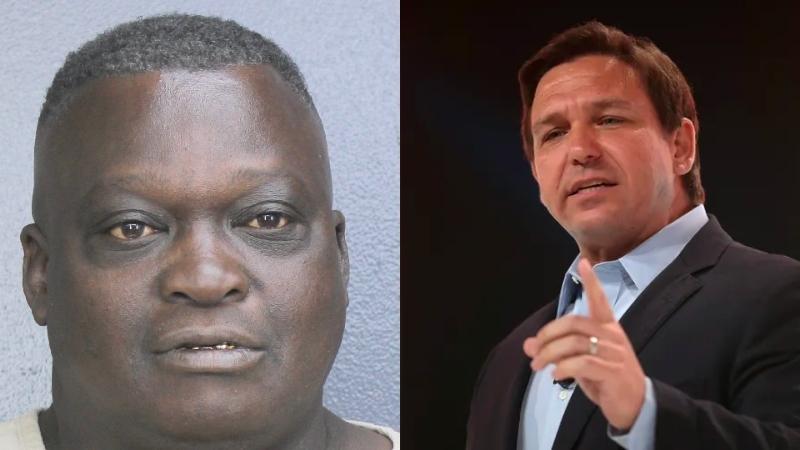 Alfred Samuels, whose voter registration named him as Alford Nelson, was charged with unlawful voting.

Samuels, 57, of Jamaica, was living in Ft. Lauderdale after arriving as a lawful permanent resident in 1977, reported the South Florida Sun Sentinel. Samuels overstayed his original entry documents after failing to apply for naturalization.

Under the alias Alford Nelson, Samuels voted in the January 2022 and March 2022 special elections in Broward County.

In a press release, the FDLE said that he voted by mail.

They wrote: "Mr. Samuels has gone by at least seven different aliases and has previously been convicted of, and served time in prison for, 11 felonies including: cocaine possession, selling/purchasing drugs within 1,000 feet of a school, resisting arrest with violence, and trafficking cocaine."

"By casting a vote under a false name, Samuels violated Florida law, specifically Florida Statutes 104.24, which states 'A person may not, in connection with any part of the election process, fraudulently call himself or herself, or fraudulently pass by, any other name than the name by which the person is registered or fraudulently use the name of another in voting. Any person who violates this section is guilty of a felony of the third degree.' Mr. Samuels will now be charged under the law and will face 5 years in prison and a $5,000 fine," the statement reads.

In a statement to The Post Millennial, the Department of State said: "Today, following an investigation by the Florida Department of State's Office of Elections Crime and Security, the Florida Department of Law Enforcement (FDLE) has formally charged and arrested Alfred Samuels, an illegal alien living in Fort Lauderdale, for unlawfully voting under the alias Alford Nelson in the January 2022 and March 2022 special elections in Broward County. The Department will continue to work jointly with FDLE to investigate and hold accountable anyone who broke Florida’s elections laws. By holding these individuals accountable, we will make sure Florida's elections remain secure and accurate."
ADVERTISEMENT
ADVERTISEMENT
illegal florida voter