"If someone has ADHD challenges that only can be managed with stimulants, they may need to be more strategic until some of these shortages are straightened out," said Dr. Craig Surman. 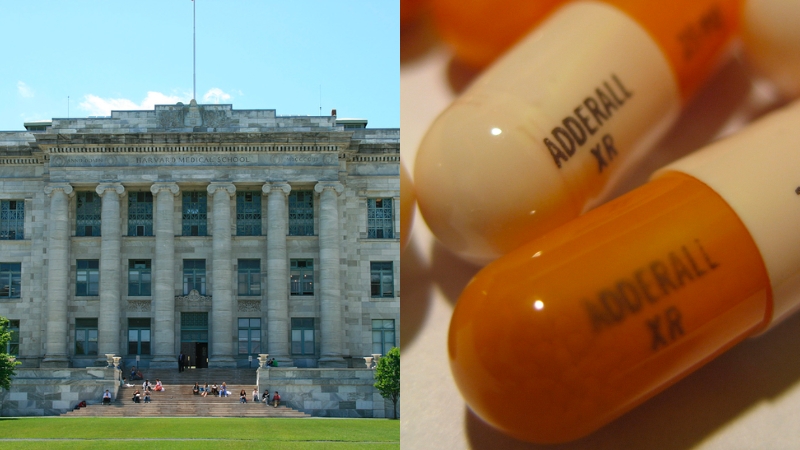 Olivia Rondeau
Nov 16, 2022 minute read
ADVERTISEMENT
ADVERTISEMENT
The massive increase in demand for Adderall, a prescription stimulant used to treat attention-deficit hyperactivity disorder (ADHD), has triggered a nationwide shortage of the drug, causing many Americans who rely on the medication to learn to live without it. In 2021, an astronomical 41.4 million prescriptions were filled, up more than 10 percent from 2020, according to health research group IQVIA.

In some advice to those going through withdrawal, Harvard Health recommended "to be more strategic until some of these shortages are straightened out."

According to an Axios report, prescriptions for the drug, an amphetamine, have been skyrocketing due to it becoming "easier and easier to get a diagnosis."

Teva Spokesperson Kelley Dougherty said to NBC that the company is attempting to fill orders "at levels above historical demand" and expects "intermittent delays through end of year."

The increase in demand can partially be attributed to a "wave of telemedicine startups" advertising on social media platforms such as TikTok and Instagram, promoting the ADHD medication to people who get distracted, reported Axios.

Some of these startups are even diagnosing and prescribing the drug to people after 30-minute video calls, which is significantly faster than a typical diagnosis turnaround time with an in-person doctor, the Wall Street Journal reported.

With millions of people who rely on Adderall facing the shortage, some are experiencing symptoms of withdrawal, while others are reportedly turning to purchasing illegal stimulants from drug dealers.

Julie Corliss, executive editor of the Harvard Heart Letter, on Tuesday published "Shortage of ADHD medicines: Advice on coping if you are affected," to help those impacted by the shortage.

Besides trying to improve organization and minimize the feeling of being overwhelmed, Corliss said "it can be helpful to periodically revisit your need for medication."

She then shared the professional opinion of Dr. Craig Surman, who is an associate professor of psychiatry at Harvard Medical School, scientific coordinator for the Adult ADHD Research Program at Massachusetts General Hospital, and coauthor of Fast Minds: How to Thrive If You Have ADHD (or Think You Might).

"A medication shortage may give you a chance to ask, what is the medicine actually doing for me?" said Surman.

"If you can adjust your environment in ways that reduce unrealistic demands, you might be able to manage well without medication," wrote Corliss.

The doctor then told those who rely on stimulants to manage their mental health to come up with a better strategy, and essentially toughen up to ride the shortage out.

"If someone has ADHD challenges that only can be managed with stimulants, they may need to be more strategic until some of these shortages are straightened out," said Dr. Surman.
ADVERTISEMENT
ADVERTISEMENT
harvard adderall