Under the new bill, all abortion clinics in the state of Indiana will lose their licenses. 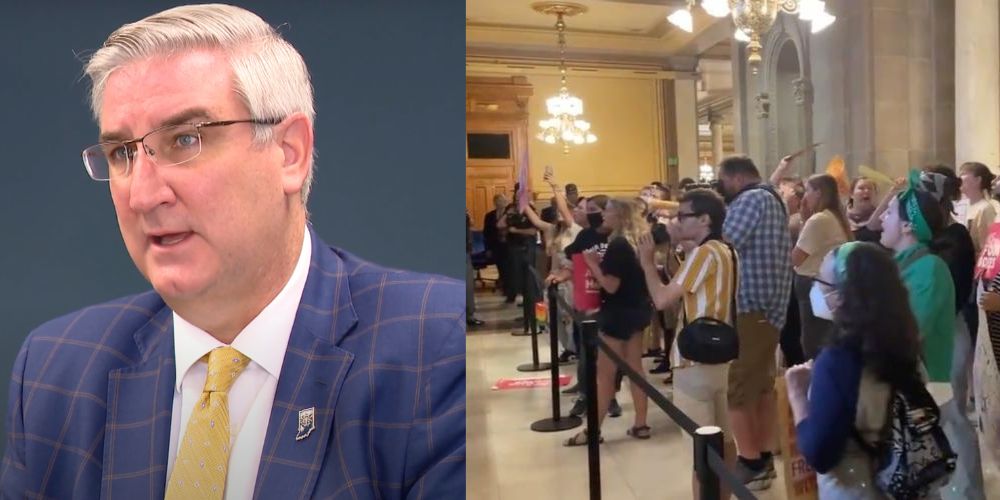 Indiana on Friday approved significant abortion restrictions, becoming the first state in the country to pass an abortion ban after the Supreme Court's overturn of Roe v. Wade on June 24.

Other states have various abortion bans but their legislation was passed before Roe and went into effect after the Supreme Court ruled.

Republican Governor Eric Holcomb signed the ban on abortions 10-weeks post-fertilization, with exceptions made for cases of rape or incest, pregnancies in which the life or physical health of the mother is compromised, or if a fetus is diagnosed with a lethal anomaly.

The restrictions on all other abortions will go into effect in the state on September 15, reported Newsmax.

"Following the overturning of Roe, I stated clearly that I would be willing to support legislation that made progress in protecting life," said Governor Holcomb in a statement following the passing of the ban. "In my view, SEA 1 accomplishes this goal following its passage in both chambers of the Indiana General Assembly with a solid majority of support."

Holcomb said the ban arose after several "long days of hearings filled with sobering and personal testimony" about "this emotional and complex topic."

"I am personally most proud of each Hoosier who came forward to courageously share their views in a debate that is unlikely to cease any time soon," Holcomb continued. "For my part as your governor, I will continue to keep an open ear."

"I think we’ve landed in a great place and good policy for the state of Indiana," said Republican Rep. Wendy McNamara of Evansville, who sponsored the bill after the House vote.

Eight Senate Republicans joined all 11 Democrats in voting against the bill. One of them, Republican Sen. Vaneta Becker of Evansville, claimed that the ban intrudes on women's freedom.

"Women deserve to have us protect their lives and free will. Senate Bill 1 destroys both. Shame on us for doing this," she said, noting that only eight of the Senate's 50 members are women. "We are considering dictating medical decisions with blinders and ignorant of the astounding, unintended consequences we are creating," Becker warned, stating that the Senate is "just making a mess."

Republican Sen. Mike Bohacek of Michiana Shores, who also crossed party lines to vote against the bill, spoke about his 21-year-old-daughter with Down syndrome.

"If she lost her favorite stuffed animal, she’d be inconsolable. Imagine making her carry a child to term," he said before throwing his notes on his seat and exiting the chamber, reported the Sacramento Bee.

Outside the chambers, abortion-rights activists chanted over the lawmakers' remarks, shouting "we will not stop."