A West Edmonton mother captured the moment a store manager allegedly harassed her on video. 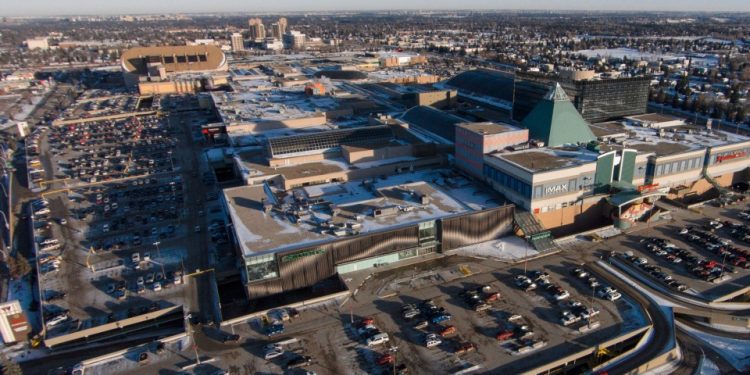 Cherise Watchmaker and her three children were victims of an alleged racial outburst at a local Famous Footwear outlet in Edmonton.

Cherise Watchmaker spoke about her experience at the West Edmonton Mall with us, including the lessons she seeks to impart on her children after enduring the said incident.

The Post Millennial also reached out to Famous Footware for comment, but did not receive a response by the time this article was published.

TPM: Walk me through the situation Cherise. What happened and what were the events preceding the incident in question?

Cherise: On Friday, May 17th, around 7:30 pm, my kids and I were out shopping, and were in line to pay for some stuff at Famous Footwear. We were waiting to pay for our stuff when a group of natives came and stole a pair of shoes.

The manager, Perry, shouted, “I’m so sick of you fuck**g natives. All the fuck**g time [they steal].” I looked over at her, and I said, “What? Are you going to say that in front of us? We’re in line to pay for stuff, and you’re going to say that?” She replied with, “I don’t fuck**g care.” After that, my daughter pulled out her phone and started recording the exchange. She called the manager a ‘racist bitch’ after being given the finger. As everything was happening, I didn’t say too much, because I was in total shock.

TPM: If you don’t mind me asking, how old are your children?

Cherise: My oldest daughter is 17, my son, who was standing there is 14, and my youngest daughter was 13. And she was the one telling my oldest not to say anything; however, my eldest stood her ground and did not let the manager walk all over her.

TPM: My question to you is: what sort of message do you give to your kids after going through such a negative experience?

Cherise: The message that I’m hoping to pass on to them is that it’s not okay to be treated this way. Bottom line, you don’t treat anyone like this. Despite everything they saw and heard that day, I want to set a good example for them. Having gone through it, I’m motivated to stand my ground, to let everyone know it’s not okay to put labels on people. Unfortunately, racism and discrimination are always going to happen. It’s inevitable. It’s going to happen, sadly. I hope that she’s out of her job, as she shouldn’t be treating anyone this way. It’s unfortunate, it’s unprofessional, and it reflects poorly on the company if this goes on unpunished. I’ve often seen videos and read stories about people being discriminated against, and I empathize with them. This was my experience. And now, my voice will be heard.

TPM: What were you feeling in the moments succeeding this?

TPM: Is there anything else you’d like to say on the nature of this situation?

Cherise: I remember the cashier, Liana, kept apologizing for the outburst we faced — she said “I’m so sorry” about four or five times. At one point, she looked at me as if to say “Are you okay?” To see our fellow Canadians display empathy like that is encouraging, as it shows we are not alone in our fight against bigotry.

Racism has no place in Canada

Going home to the memory of a racial outburst is not an easy pill to swallow, nor is it something any person, nor any child should be subject to.

Like the Indigenous mother who was attacked at an Edmonton Costco washroom, racism leaves behind scars with emotional wounds that run deep beneath the surface.

Why does racism hurt? It hurts because it is an attack upon our very existence — our humanity — what makes us unique becomes something to fear rather than to embrace.

And that is a truly frightening thing.

Whether the mother was holding a 4-month-old child or watched as her 13-year-old daughter looked on in fear of the world around her, the evils of today shape the insecurities of tomorrow.

On the other hand, the good of today also shapes the unity of tomorrow. And we, as Canadians, need to stay true to that mantra, learning from the ills of yesterday, so the world we pass on to our kids is better than the one we entered.