Donovan believes that if independent journalists did not record the violence, then the violence would not inspire others to be violent as well. In other words, if we didn't talk about it, it wouldn't exist. 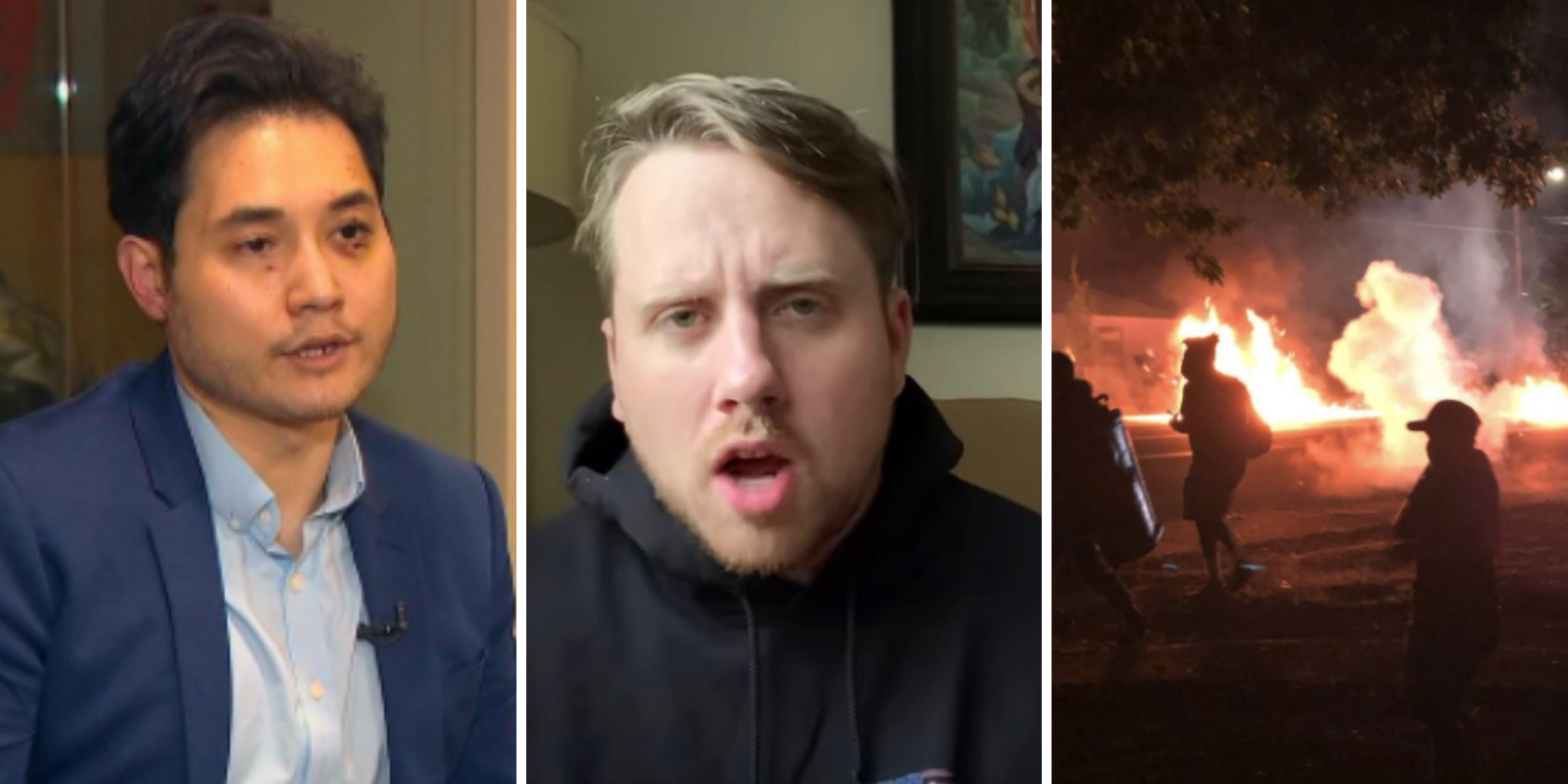 Donovan blames media coverage of the 2,400 protests that occurred across the country in the wake of George Floyd's May 25 death, and the 220 violent riots that erupted from those protests thus far, for the unrest.

Her theory is that the violence wasn't documented, then people wouldn't be so upset, and that this would calm everything down a bit. Her claim is that he myriad videos that have circulated online showing both BLM and Antifa activists engaging in violent actions against police, diners at restaurants, people driving cars or pumping gas, or shouting demands through megaphones late at night in residential neighbourhoods, are the fault of right wingers trying to incite violence

"Since June," she writes, "right-wing media makers have recorded and circulated videos of violent altercations at protests in cities including New York, Boston, Philadelphia, Los Angeles, and Portland, Oregon.

"Fed into a media ecosystem with an established bias toward highlighting violence and rioting, the videos have mobilized white militia and vigilante groups to take up arms against Black Lives Matter and 'antifa' protesters. This feedback circuit has created a self-fulfilling cycle where white vigilantes feel justified in menacing and physically attacking racial justice protesters—and inspire others to do the same."

Donovan believes that if independent journalists did not record the violence, then the violence would not inspire others to be violent as well. In other words, if we didn't talk about it, it wouldn't exist.

Donovan specifically blames Andy Ngo of The Post Millennial and Elijah Shaffer of The Blaze for going undercover and reporting from within the militant protests in Portland and Seattle. These are two of the reporters who have been fearless in covering the unrest that has sprung up in nearly every major metropolitan area in the country.

Ngo, who has been tracking Antifa and their actions toward dismantling democracy for years, has come under fire for that work so many times that he is synonymous with it. As one of the only journalists covering Antifa while so many others claim that the loosely affiliated organization does not exist, that work has been called into question.

Writers like Donovan do not like to see this work entering mainstream media—which is only happening because the tactics and sheer quantity of Antifa-led riots has become impossible to ignore. Mainstream media has tried to ignore it, leading to such absurd talking points as CNN’s "fiery but mostly peaceful protests" line from Omar Jimenez's reporting in Kenosha, Wisc.

Elijah Schaffer has persisted in reporting on the violence and riots despite mainstream outlets pretending it’s not happening. Schaffer reported from the occupied protest in Seattle, from Chicago, Kenosha, and Portland. While CNN and other mainstream outlets sought to emphasize the daytime protests and those activists who sought to relay their message without violence, they did this to the exclusion of those BLM and Antifa elements that set fires, looted, and harassed and targeted police officers and civilians. Schaffer caught all of that.

Andy Ngo was brought before both the US House of Representative and the Senate to share his expertise on Antifa, their tactics, and their organization. Despite his having been assaulted and hospitalized at the hands of a violent mob of Antifa in 2019, he was gaslit by Senator Mazie Hirono and Rep. Jerry Nadler. Though Ngo has provided ample and irrefutable evidence, both Nadler and Hirono have stated that Antifa doesn't exist.

Mainstream media wants this to be true, Donovan appears to want this to be true. But it's a lie, and all of these efforts put into trying to tell the American people that the violence and rioting is merely a small portion of the unrest rocking the nation today are doing more harm to leftist ideas and candidates than they are to those on the right. Donavan's argument that media is to blame for the clashes and violence is an attempt to maintain a narrative that paints rioters as heroic protestors and anyone who opposes their tactics as the enemy.

Donovan is an adjunct lecturer in public policy at the Harvard Kennedy School, and since the lockdown began, she has been writing about the responsibility of social media platforms like Facebook and Twitter to combat misinformation on COVID-19. She condemns these platforms for allowing the spread of information regarding the coronavirus, and then turns her wagging finger at the sites for allowing the spread of information she disagrees with as regards civil unrest.

For Donovan, the key insight into whether or not something is good information or bad information appears to be whether or not she agrees with it. Like her Democrat lawmaker allies, Donovan is desperate for you to believe that Antifa doesn't exist and the BLM riots are "peaceful." When presented with indisputable evidence that the violence is real and impacts real lives, she shrugs and blames the messenger. It's yet another crack in the fissure of establishment, elite society. And peering through it, we can see just how much disdain academics and establishment media types have for truth tellers and the people suffering through this violence and destruction.