Washington State Democrat Governor Jay Inslee announced a sweeping set of budget proposals to spend millions of dollars to address "systemic racism" in a state that has been controlled by Democrats for decades. 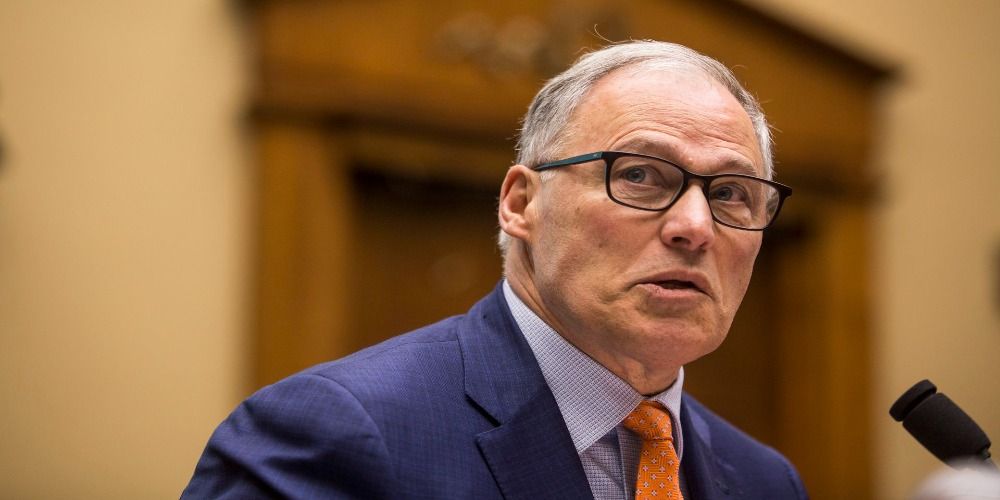 On Monday, Washington State Democrat Governor Jay Inslee announced a sweeping set of budget proposals to spend millions of dollars to address "systemic racism" in a state that has been controlled by Democrats for decades. Thousands of Washingtonians have still not received unemployment payments since the beginning of the pandemic, after Nigerian scammers stole over $1 billion dollars from the state Unemployment Fund. Now, Inslee wants to use tax payer money, not to help those desperately in need, but to solve and "inequity".

The proposals includes investments in police investigations, "environmental justice," a state "Equity Office," broadband connection and money for immigrants without citizenship. Monday’s announcement is a preview of Inslee’s proposed 2021-23 budget, which is scheduled to be released on Thursday. The proposals also include establishing Juneteenth as a legal holiday, removing barriers to financial aid and working with partners in the education sector to "support financial literacy".

"We have a moral mandate in Washington state to acknowledge these hard truths and lay a solid foundation needed to correct these longstanding injustices," Inslee said Monday. "These proposals begin the long process of tackling inequities that have plagued this state and country since our inception. We have seen Black, Indigenous and people of color historically and disproportionately impacted because of longstanding racial gaps and socio-economic factors, all of which have racism as a root cause."

Under the Governor’s proposal, one of the organizations slated for over $13 million in funding is Africatown. A July article in the Puget Sound Business Journal Africatown explains how they bullied Mary's Place, a battered women's shelter, into vacating a property the shelter had paid to rent because Africatown wanted it and they objected to the fact that those running the shelter were white (despite most clients being women of color). "The consortium's demands came in mid-June in emails generated by the website of King County Equity Now, which Africatown sponsors. 'Predatory developer Shelter Holding's presence, development aims, refusal to accept proposals by Black-led community-based organizations, and decision to collude with Mary's Place – a white-led, corporate-backed nonprofit that's neither rooted nor based in the Central District – is always unacceptable, particularly in these times. We will not stand for it,' states the email to Eric Evans of Shelter Holdings and Mary's Place Executive Director Marty Hartman."

K Wyking Garrett, is the director of the organization. Both Garrett and Africantown were involved in the armed occupation in Seattle’s ‘Autonomous Zone’ this summer.

Inslee claimed he had not heard about the armed occupation in the largest city in the state after it was established.

There have been accusations that the organization may have even been involved in their own “false flag” hate crime.

According to the Seattle Police Department, the “perpetrator” of the crime was an East African male who was one of the volunteers of the organization.

Africatown members frequently attack minority owned business in the Central District of Seattle. According to Ian Eisenberg, owner of Uncle Ike’s Pot Shops, he was targeted during the riots because he is Jewish. "I think that is one of the reasons I am hated. When I opened up in the CD (Central District) there was a lot of controversy. The Africatown guys were pretty point blank "…we don’t want any 'hebs' in the CD k*kes shouldn’t be allowed to open businesses in the central district."

K. Wyking Garrett is the son of Omari Tahir Garrett and founder of Umoja Peace Center who assaulted a former Seattle mayor and has been involved and filmed in frequent anti-Jewish and anti-Asian threats, abuse, and bigotry incidents.

The Umoja Peace Center and Africatown are both part of the King County Equity Now (KCEN) coalition, which last week, was the focus of criticism for receiving millions in funds from the Seattle City Council, bypassing normal channels and transparency regulations. Some even speculate that the grants were political payoffs.

KCEN is one of the main groups advocating that the Seattle City Council defund the Seattle Police Department. KCEN advocates for "Pay the Fee" where Seattle businesses typically in the Central District are supposed to pay King County Equity Now a fee for the privilege of doing business there. Eisenberg also told The Post Millennial regarding the riots that regularly vandalize his stores that "The groups that are encouraging this in Seattle, they're getting paid. They are getting money and property from the city. It's working so why wouldn't they consider doing it, I've been told so many times that if I gave money like a few years ago to the Black Book Club, my problems would go away. In other cities it is just called extortion."

Inslee is also asking to maintain the Washington COVID-19 Immigrant Relief Fund, which “…can’t access many relief programs because of their immigration status.” Meanwhile thousands of Washington state residents still have not received unemployment since the economic crisis began from Inslee's shutdown orders and restrictions.

Inslee is releasing his state budget this week in several stages ahead of the legislative session that begins Jan. 11.